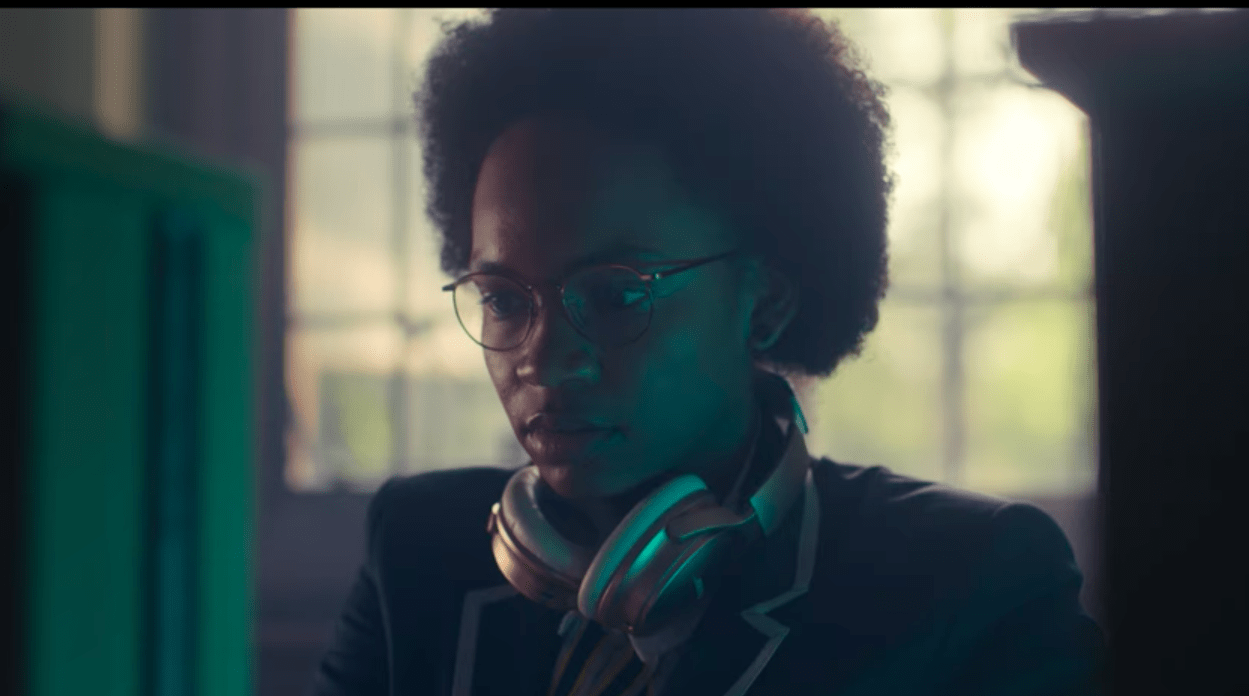 Margot seems to have fun playing video games with friends but suffers from social anxiety at school. When she gets asked out by the drama club cutie, she rejects him but you can tell she likes him. Headmaster has Bree for detention during her usual PE hour, and she is stuck with Rex, too. Essay assignments are so Breakfast Club but you know, school is school. Margot informs Ed that Logan (drama club cutie) asked her out for coffee. She doesn’t know how to say yes. Logan brings Margot a pretzel and tries to get her to open up, but she really struggles with talking to him. Oh, and she is apparently American. Cool.

Bree and Rex are annoyed by each other, but it would seem that they have childhood history. They are really cute. Margot finds pictures of Coach Creed with a student, Cam. (I think Cam stole Kitty’s spot for soccer captain.) DGM decides to find out more by taking Cam’s phone. A distraction is provided by Bree and Olivia arguing in front of the school as Kitty pulls the phone out. Amber attempts to step in to help, but Olivia stops her. Margot feels uncomfortable with the idea of going through Cam’s phone. She has issues with exposing secrets. (I think something happened to her.)

Drama club rehearsal gives Margot and Logan the opportunity to talk briefly about the people in the club. Just so happens Amber and Olivia are a part of the group, too. They are a cute possible couple. Rex and Bree talk about how she has changed due to how the school affects them. Rex gets riled up when she asks him if he ever thought about getting revenge for what Ronny did to his sister, but naturally, he lashes back, which causes Bree to leave. She also leaves an origami bird that Rex takes a look at. She left one in Ronny’s bedroom, too.

Amber makes fun of Margot for reasons unknown, which prompts Margot to leave in tears. Olivia asks Amber why she did it, and Amber states people need to know their place. Big mean girl with money vibes coming from that child. Alone, Margot views a video of Amber reading Margot’s diary to the school during lunch one day, Rex was egging her on. All the girl wanted to do was make friends and get used to her new home. Damn, that is harsh. Christopher, the guy Logan was comforting that one day, finds Margot to talk to her about feeling welcomed by the drama club and eating lunch with them. She wouldn’t be alone. Margot makes the move to have lunch in canteen for the first time since that humiliating day.

Amber tells Margot that she hasn’t earned her place at the table, but Margot puts her in her place stating that not enough money and makeup hides the fact that she is just as messed up as everyone else. (I love it!) Amber will hate Margot for it, but Amber deserved it. Margot also says yes to coffee with Logan. DGM congratulate her for her awesome take down.

As the girls go through Cam’s phone, we find out that she is dating Coach Creed. Nasty. Logan and Margot are just about the cutest while they have a cup of coffee together. (I’m smiling ear to ear for her progress.) Kitty shows up and informs Margot that Coach Creed was with Cam the night Ronny died. Looks like it is back to square one for the girls.

I am excited for Margot’s progress. She overcame her embarrassment and took on a mean girl! I just wish Olivia would do better in choosing her friends. She could do better. Since Coach Creed is off the list, I think Rex had something to do with Ronny’s death but I could be wrong.