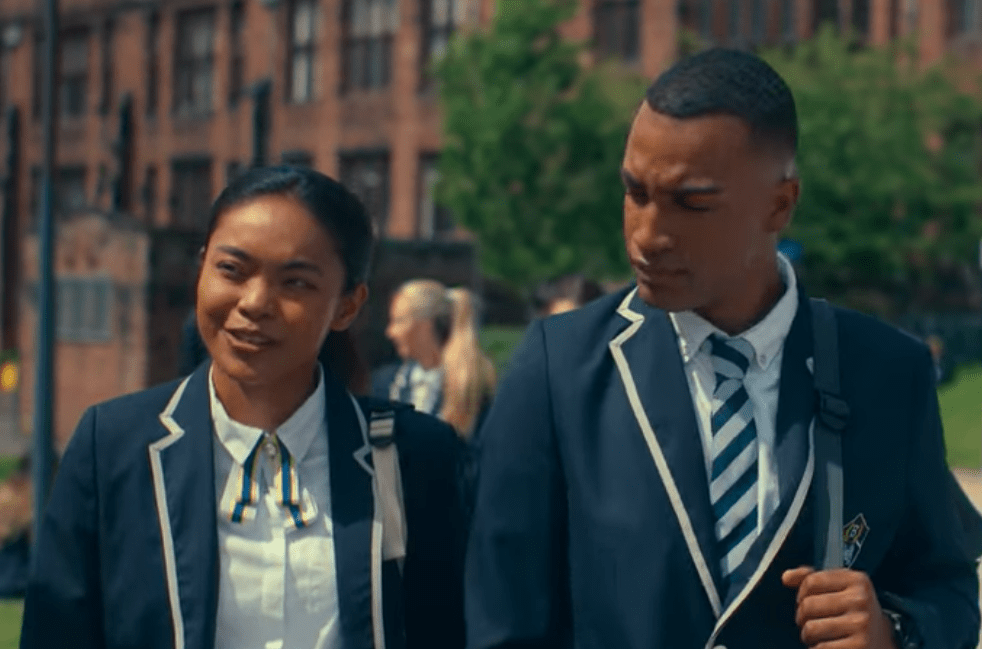 While out for a run, Kitty sees a nice little car around Ronny’s home following her. Spies. DGM agree that they need to find the killer and whoever is framing them. Kitty’s lie about making captain is coming to bite her in the ass. Her parents are excited for her big game tomorrow as captain, and Kitty fails trying to tell her mom the truth. (I get the pressure and all but no good will come from this.)

Mika isn’t planning on playing at the game and isn’t opening up to Kitty about why she was talking to Coach Creed. Bree’s name is being blasted on campus for her to go to see the Headmaster. More detention and more avoidances for her.

Margot and Logan flirtatiously talk until Ed pops in again. He tells them that he has joined the drama club as propmaster. At the student council meeting, Donte announces that they will be retiring Ronny’s rugby jersey, but when he is alone with Kitty, he says he wishes that he didn’t have to run from activity to activity. Their talk is interrupted by Coach Creed and followed by Cam informing Kitty that she will be playing defense for the big game. Ed asks Margot out finally, but that is disturbed by a DGM meeting. Kitty wants the texts between Coach Creed and Cam exposed, which could potentially affect Cam’s role as soccer captain. Even though Margot is against it, she sets up for a mass email to be sent out the next day at 9:00 a.m.

Olivia and Margot briefly talk as friends about Margot’s love connections. Kitty finds out that Mika is quitting soccer at the urging of Coach Creed. The next day, the emails are sent out at the assembly, and there’s an immediate reaction from everyone. Headmaster comes in to reprimand Coach Creed, Cam states she doesn’t care if everyone knows, but Coach Creed immediately claims it isn’t true and that Cam is obsessed with him. He’s arrested for being a pedophile, and Kitty gets the captain role for the game because Cam isn’t playing.

Mika thanks Kitty for warning her about Coach Creed. Cam is devasted over the whole thing between her and Coach Creed. Kitty isn’t as innocent as we thought. Bree is confronted by the two detectives; they bring up origami.

Kitty really showed her true side by exposing the relationship between Cam and Coach Creed. She wanted that captain position, and she got it. No good will come from this. Karma is real.