It’s time for Christmas in Greendale — or Winter Solstice for the Spellman witches. The Chilling Adventures of Sabrina is back with a standalone holiday episode titled A Midwinter’s Tale. The episode picks up a few weeks after where Season 1 left off. We get to spend more time with the edgier Sabrina introduced in the last few minutes of the final episode. 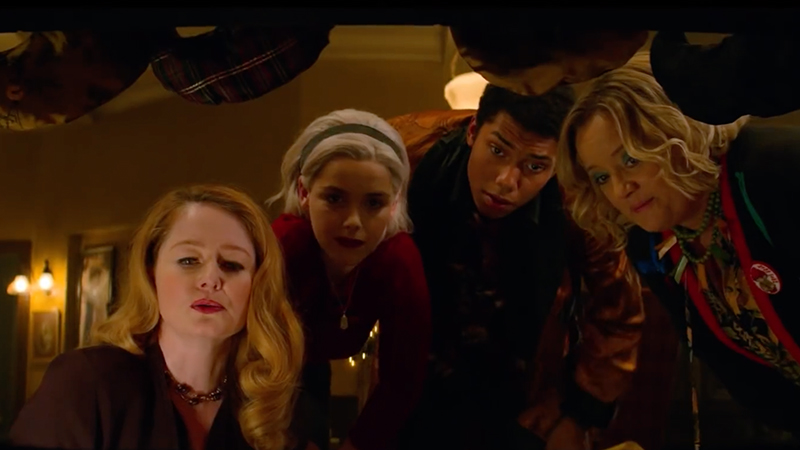 By the looks of the trailer, a Winter Solstice tradition of placing the yule log into the yule fire goes wrong and makes for a twisted Christmas in the Spellman house. There are hints at uninvited guests, such as a creepy Santa, a ghost in the reflection of a mirror, and a possessed wooden doll. “This is what Christmas is like being a witch?” Rosalind (Jaz Sinclair) asks cradling some mystery item wrapped in black cloth. “Not usually, except kind of,” Sabrina (Kiernan Shipka) responds.

Sabrina’s warlock cousin Ambrose (Lachlan Watson) is ever the wise and pithy century-old “teenager” in this trailer. From his ominous body language to his proclamation that “Christmas is the best time for ghost stories,” we can only hope to see more of him in this special. This episode streams on Netflix starting December 14. Bright Solstice, witches!