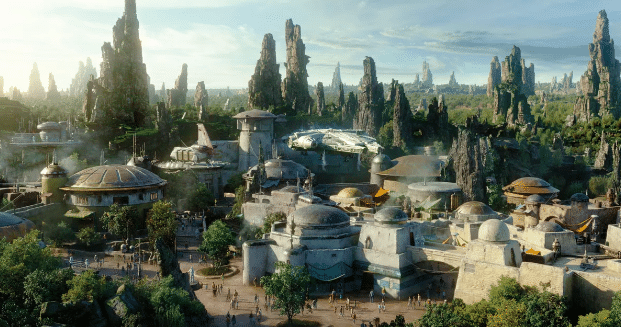 If you haven’t checked out the hashtag #GalaxysEdge on Twitter, you’re missing out on some really cool photos and videos of the new Star Wars theme park opening May 31st at Disneyland. 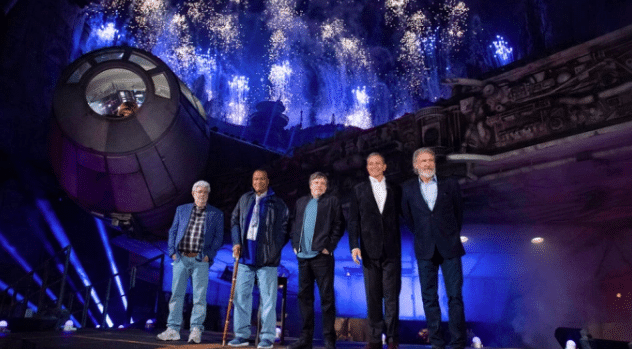 Bob Iger started the ceremony with an homage to George Lucas, noting that “I’m sure many of you fantasized” about being in a land like Galaxy’s Edge. He also confessed, “I always wanted to sidle up to the bar at the cantina” or pilot the Millennium Falcon. “Now we can do all of that, and so much more.”

The theme park comes with an exciting ride that fans were able to check out called Millennium Falcon: Smuggler’s Run. It’s a combined arcade game and ride that gives the real-life experience of piloting the legendary space carrier. The pod shakes and shifts as action plays on a video screen. 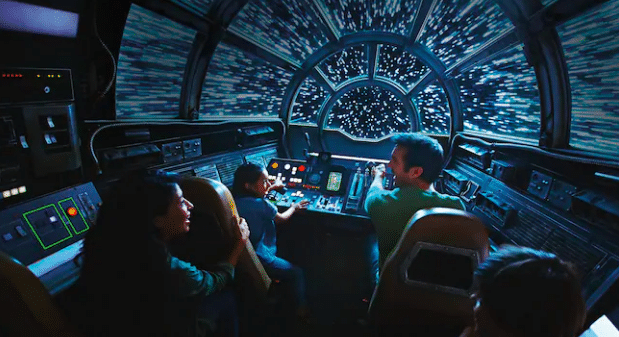 At Savi’s Workshop, you can custom build your own lightsaber which parallels with the story canon from the movies. And the Droid Depot allows you to customize a droid by assembling it and activating it.

You can also pick your poison at Olga’s Catina which has some super cool Star Wars themed drinks to choose from.

Black Girl Nerds have been invited to the party! Follow our posts later today on all of our socials as we capture the highlights of the new theme park.

Follow these socials below to stay updated on the latest coming out of today’s preview of Star Wars: Galaxy’s Edge and may the force be with you!