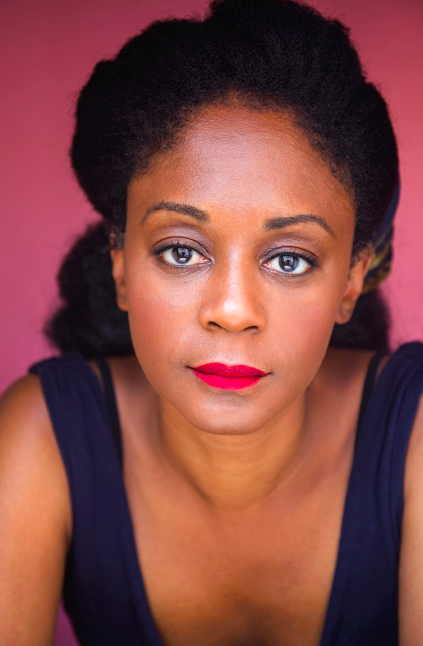 Fantasia International Film Festival (2020) is loaded with hidden treasures. Of Fantasia’s many gems lies Fugitive Dreams directed by Jason Neulander. This writer had a chance in an exclusive online interview to chat with April Matthis. In this tell-all, Matthis tells us about Mary, the star of the film (find the review here).

Matthis is not one to shy away from challenging roles and at times seems to go above and beyond to give the performance her craft requires. Matthis is not only ready to express herself on screen, but she also finds the truth about her character and her reality. Matthis tells about the challenges that come from playing a dynamic character, how she prepared for this role, and even a little about hair preparation for this film.

Who do you believe is going to fall in love with this character?

How is Mary like you? Or even, how is she different?

We don’t smile when we’re told to. We’re honest with ourselves about our feelings and don’t feign a cheery disposition just to please or disarm others. There is a sneaking, playful innocence in us though, that only the right person can draw out. I think life has been kinder to me than it has been to Mary. I have a lot of options and a lot to be grateful for. Mary is simply surviving.

How challenging is acting for Mary? In other words, how hard was it to become Mary?

It felt intuitive, although there wasn’t much to go on in terms of a narrative backstory. I knew a little about her childhood from the script, and conversations with Jason Neulander, the director, but what felt more important was the interior life of Mary—her nightmares, her memories, her vivid imagination. I also did research on suicidal ideation, to better understand that undercurrent in her. That was something I felt I could never learn enough about — the profound experience of that state.

What do you love and hate about this character?

I love her solitude. How she truly lives on her own terms, even if those terms are punishing. If there’s anything I hate, it’s the physical discomfort she must live in. Every day on set I was filthy. Wearing the same tattered rags and dirt in my hair. While it was absolutely necessary, I relished being able to wash it all off at least for the night and sleep on clean sheets, before waking before dawn and doing it all over again.

What’s the biggest challenge about taking on this role?

Do you have any favorite line or lines of dialogue? I know that mine is when Mary talks to John about her revelation. It’s just so moving.

I do love that monologue about finding grace, too. I guess if I had to pick another one, though, it’d be one of Israfel’s, who describes their transient existence as being “under the spell of a laughing God.” If that doesn’t describe the human condition…

How did you prepare for this role?

I read and reread the script, pieced together for myself Mary’s trajectory — where she had been, where she thought she was going, and how the people she encountered changed her. Robbie Tann, who plays John, met with me before we began filming just to talk through our scenes together and how we each saw our characters. It really helped to form a friendship and open dialogue out of that, which allowed for the trust to play and explore our journey together through this.

What motivated you to be a part of Fugitive Dreams? What spoke to you about this film and this character?

Jason had asked me to play Mary years ago when it was a play by Caridad Svich, called Fugitive Pieces. When he approached me again and said this time he was adapting it for the screen, I was intrigued. I liked the imagery Jason painted as this black-and-white, out-of-time, kind of Texas Gothic drifter landscape. There was this great image he’d found from the Dust Bowl era of this young Black woman in a calico dress with unkempt hair and a kind of blank, hard expression, and I was like, “Yeah. I wanna be a part of this world.”

Is there anything special that is done with your hair in this film?

I would love to talk about Mary’s hair! We know that the specificity of Black women and their relationship to their hair is so important and revealing. When we arrived in Austin in the days before filming, I had a meeting with the director and the hairstylist, Leola Perez. We talked about how natural 4bc hair might look with no styling products and maintenance. At the same time, I didn’t want to succumb to Eurocentric aesthetics and messaging, so I also wanted to show that hair texture at its most glorious, when Mary’s an ideal version of herself, to celebrate her texture. It was very important to me and therefore the rest of the creative team that we get it right. Leola had a crash course in natural hair, and together we discovered a routine that took care of my hair, but also made it look like something that made sense for Mary’s story.

As April Matthis, the star of this dramatic film, closes the interview with her final thoughts, this writer can’t help but think, what will be her next performance? With her many talents, April Matthis is an actor who should be on your watch list.