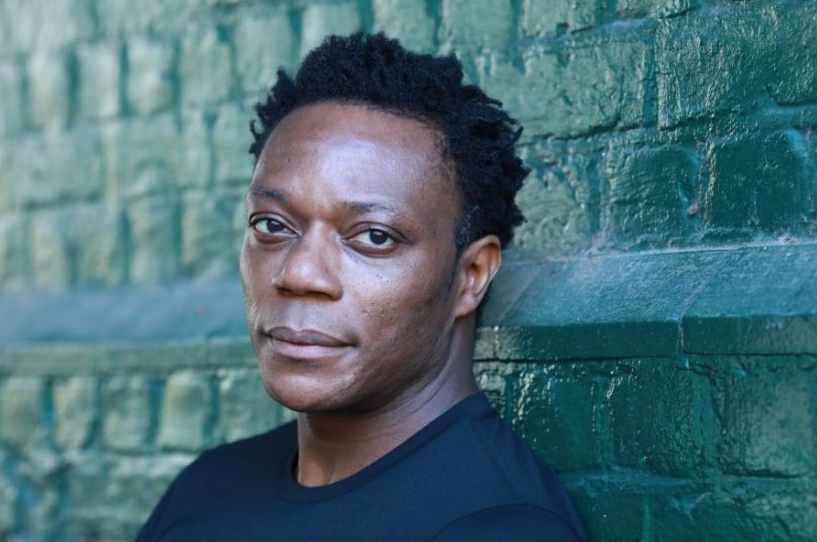 Suicide Squad fans have been on the edge of their seats waiting for the DC comics/HBO Max follow-up series Peacemaker. Seasoned theater, TV, and film actor Chukwudi Iwuji plays Clemson Murn, the leader of an eclectic task force cobbled together to keep the peace in a hilariously chaotic DC Universe. Iwuji starred in Barry Jenkins’ The Underground Railroad and BBC’s The Split and is making his Marvel universe debut in Guardians of the Galaxy Vol 3. BGN had the pleasure of meeting with Iwuji via phone call while this hard-working actor was on a break from filming.

What is in the water in Nigeria that makes such spectacular actors?

Back home in Nigeria, performance has always been part of life. We used to have a lot of power cuts, so the candles would go up, and whether it was an aunt or a cousin, someone had a story. Usually, something to do with the supernatural, some kind of ghosts, whatever. In daily life, you’d sit down and watch any of your uncles, who come visit the house. You bring them a Coke or a Fanta, and they start telling stories. It’s theater. When we moved to the UK, part of being in school was to be singing or performing in plays. Then by the time I was seven, I was performing at the National Theater and being filmed on TV.

Storytelling, as far as I remember, has always been part of it. It’s in our blood; we’re performers. If you know many Nigerians, you’ll know how important education is to us. We are steeped in literature, everything from Shakespeare to Chimamanda Ngozi Adichie, and of course music. Fela is really the father of Afrobeat. I just like to do my little part in moving that forward.

In 2014, you played Edmund in King Lear at theater company workshop in NYC in the spring, then that summer you played his brother Edgar at the Public Theater’s Shakespeare in Central Park. Who was the most fun to play and why?

Edmund. Definitely more fun because it’s easier and you get the girl and you get to be a bad guy. Yeah, a traumatized yet alluring and attractive character is the single coolest thing to play. You don’t have to break a sweat. Edmund is much more fun. And Edgar, I didn’t want to play. In fact, I remember watching Paul Sorvino’s son Michael do Edgar and I was doing Edmund. I remember leaning over to one of the actors and whispering, “Thank God, I’m not doing it. It’s such a painful, difficult role.” So when the Public came around, I went in to audition for Edmund. But Dan Sullivan and Heidi Griffiths decided actually they wanted me to do Edgar.

I didn’t want to do that at first. But I’m so glad I did because it’s such a challenging and beautiful role. He and his father Gloucester are the heart of that story. That’s an example of following up and being pushed to something you thought you didn’t want in order to grow as an artist. And you ultimately have such a wonderful acting experience. Edmund is definitely fun, but me the actor, given every opportunity, I would go back and play Edgar.

Mingo in The Underground Railroad gives voice to Black Exceptionalism to the detriment of his community.  What was your approach to taking on the complexity of this character?

I refused to in any way see him as a bad guy. It didn’t even compute. I was like, “Oh I get where he’s coming from; he’s right and he’s wrong.” Everyone in that scene is actually right and wrong in that whole debate. I was relieved when I got on set and met with Barry [Jenkins], and Barry completely agreed with my vision of Mingo. But he also added more than is actually in the book to his backstory. Those wonderful shots with the family and dancing with my wife — that was not even in the script. That came out of Barry when we were filming. Barry was still enjoying the fact that there’s this other side to this guy.

The debate we discussed in that episode goes on to this day in the Black community, and I love the fact that no one is proven right or wrong. The fact of the matter is that economics drives everything in this country. Mingo is someone who recognizes that until you earn, until you’re worth that money, there is a place in society that you will not be allowed to get. And that is a fact. The actual core of his arguments is we need to make money. We deserve to make money. We deserve our place at the table. I think that’s true. So for me, I just saw him as a deeply sympathetic character, and I completely understood where he was coming from.

Peacemaker was wild, and I loved it. Which member of the team would you say is your character Clemson’s biggest pain in the butt and who was his favorite?

His favorite is definitely Adebayo [Danielle Brooks] because I see potential in her. There are little moments if you watch, which we built into it, where, after we’ve spoken the camera will linger and I’ll just smile a little bit watching her go off. And also my disappointment because sometimes with her I’m the most parental when I lose my sh*t with her in front of other people. She’s definitely my favorite. Oh, my least,  I mean, how do you choose between Peacemaker [John Cena] and Economist [Steve Agee]?  I think based just on the number of times I shouted at someone, I’d have to say Economist was the biggest pain in my butt. [Laughs.]

Without giving any spoilers away, how much fun did you have shooting the opening credits sequence?

It was one of the funnest, most intimidating — there’s a whole warehouse full of people watching, and whatever they end up with is what’s going to be shown to millions of people for eternity. So it was all those things. But ultimately, it was such a fun day watching Robert Patrick [Terminator 2] do his dance. I mean, everything about that day was hilarious. It was one of those days I thought, “I can’t believe I get paid to do this.”

The fact that despite all this stuff going on, my wife, my family, and my friends treat me exactly as they did before. It’s the realization that I’m checking off these boxes professionally, but life itself ultimately is the most important thing. What makes me smile most? Talking to my family back home on WhatsApp knowing that love is not going to go away truly gives me joy.