During 2017’s Fan Expo Canada, I attended a panel Q&A for Ghosted, where attendees were treated to the premiere of the show. Robinson, who is also an Executive Producer, describes Ghosted as being in the buddy comedy genre, and there are definitely laughs to be had. Robinson and Scott have great chemistry, which can be attributed to them having previous experience as costars in films like Hot-Tub Time Machine. As the show progressed I kept thinking it reminded me of two of my favorite shows, Psych and X-Files, combined into one.

You might be wondering “Those are great shows, but so different, what do they have to do with each other?” With the introductions of Leroy and Max, respectively, we are immediately given a feel of what they are like as individuals. Like the main characters in Psych, Leroy and Max have a chemistry that allows them to play off of each other, where one moment they get along perfectly, but the next, one person is rolling their eyes in exasperation.

Where Ghosted resembles X-Files is in its main premise, which is centered around the exploration of paranormal activities in Los Angeles. Both Leroy and Max have been recruited by a secret government organization run by Ava Lafrey (Ally Walker). Leroy is initially reluctant to join because he knows Ava isn’t being straight with them, but Max is all for it because he is a firm believer in the supernatural.

I look forward to seeing what shenanigans Leroy and Max will be getting up to in the season premiere, as well as learning more about their pasts, and why the agency chose them in particular. Ghosted also stars Adeel Akhtar as the agency’s lead scientist Barry Shaw, and Amber Stevens West as Annie, an operative tasked with being Leroy and Max’s field handler.

Ghosted is created by Kevin Etten and Tom Gormican, produced by 20th Century Fox Television, and will have its network premiere on October 1st, 2017, in the United States, and Canada on City television stations, made available through RogersMediaTV.

It has been announced that Ghosted will have special live stream showings on Twitter from September 21st – 24th, nightly at 9 p.m. EST, as a special collaboration between FOX and the social media giant. 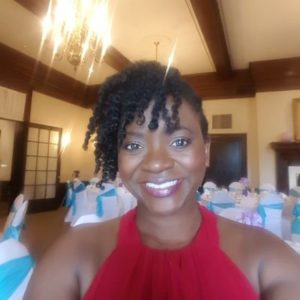