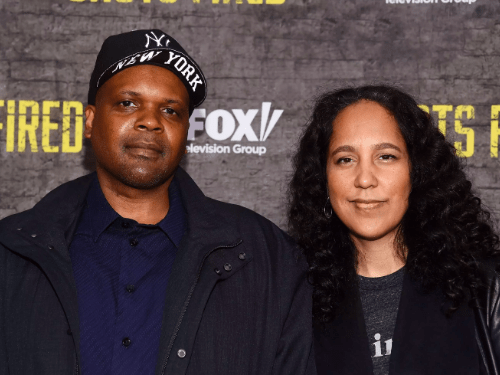 She’s on a momentum that continues to build in an upward swing and she’s not going to pause in the slightest. According to a report from Variety, Gina, along with her producing partner and hubby Reggie Rock Bythewood, has inked a multi-year first-look TV deal with Touchstone Television.

Under the deal, Prince-Bythewood and Bythewood will develop television projects for broadcast and streaming platforms via their Undisputed Cinema production banner. The duo previously worked with Twentieth Century Fox Television on their Fox series Shots Fired.

Through their Undisputed Cinema banner and this new deal, they are looking to tell more stories that “show humanity on-screen and create deep connections driven to build empathy between their characters and their viewers.”

“We are dedicated to telling stories that show the breadth of our humanity, entertain and say something to the world, and we are incredibly excited to work with Touchstone to expand our reach,” said Gina Prince-Bythewood and Reggie Rock Bythewood in a joint statement. “We look forward to creating new content with Dana Walden and Bert Salke, and fostering the voices of artists who share our vision.”

Gina Prince-Bythewood is currently working with Viola Davis on The Woman King , a historical epic inspired by true events that took place in The Kingdom of Dahomey, one of the most powerful states of Africa in the 18th and 19th centuries. The story follows Nanisca (Davis), general of the all-female military unit, and her daughter Nawi, who together fought the French and neighboring tribes who violated their honor, enslaved their people, and threatened to destroy everything they’ve lived for.

The pic is being produced by Cathy Schulman’s Welle Entertainment, Davis and Julius Tennon of JuVee Productions and Maria Bello of Jack Blue Productions.

Prince-Bythewood already broke records with her film The Old Guard on Netflix. She’s the only Black female director having one of the top 10 most popular Netflix films ever.