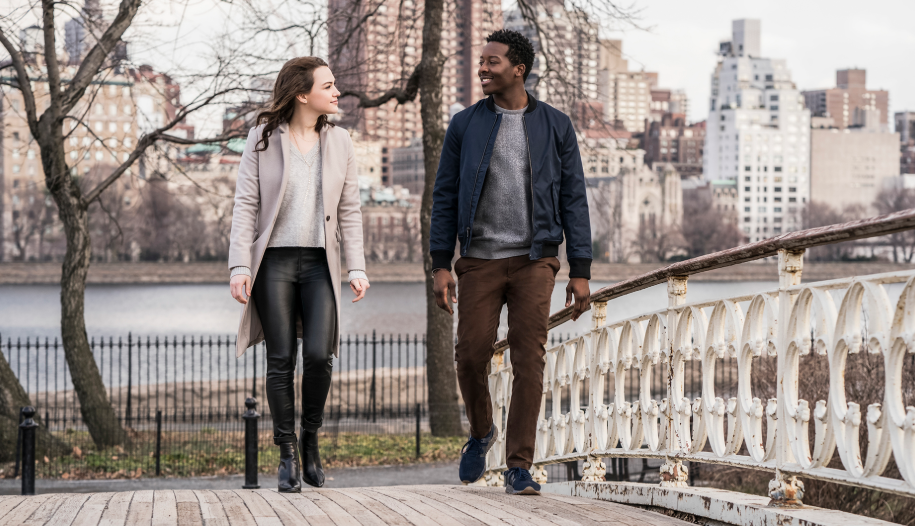 In Episode 7, Miles comes face to face with uncomfortable truths about his family when the God account directs him to his favorite uncle, Terrance (Malik Yoba). Cara’s father (Michael Vartan) comes for a visit and he learns that she has reconnected with her estranged mom. This episode reveals themes that showcase the ideals that: there is power in family unity, the covenant of real marriage should not be easily broken, and how choosing to forgive frees individuals to love unconditionally despite past mistakes.

The scene opens with a stressed Terrance putting on a strong face, but Miles is not easily convinced after getting a friend suggestion from the God account for his uncle Terrance. While Terrance alludes to the fact that everything is fine, Miles discovers that his uncle’s finances are in shambles, his marriage is on the rocks and that his uncle is not as put together as he seems. Terrance confesses that there has always been an imbalance in the amount of time that he invests in his work life and the time dedicated to his home life. Miles convinces his uncle Terrance to fight for his marriage to Lena, with whom Terrance has been married for 25 years.

Cara receives a visit from her father, and she reveals to him that she has reconnected with her mother and that her mother is a changed woman. Cara has chosen to forgive her mother. When it is revealed by her father that he once turned her mother away when she once tried to come back into their lives before, Cara becomes angry with her father and has a heart of un-forgiveness towards him. Cara’s choice to forgive her mother, while simultaneously blaming her father for his choice to protect her in her youth personifies the carnal nature, and how we all need grace and mercy. Choice is a powerful thing. 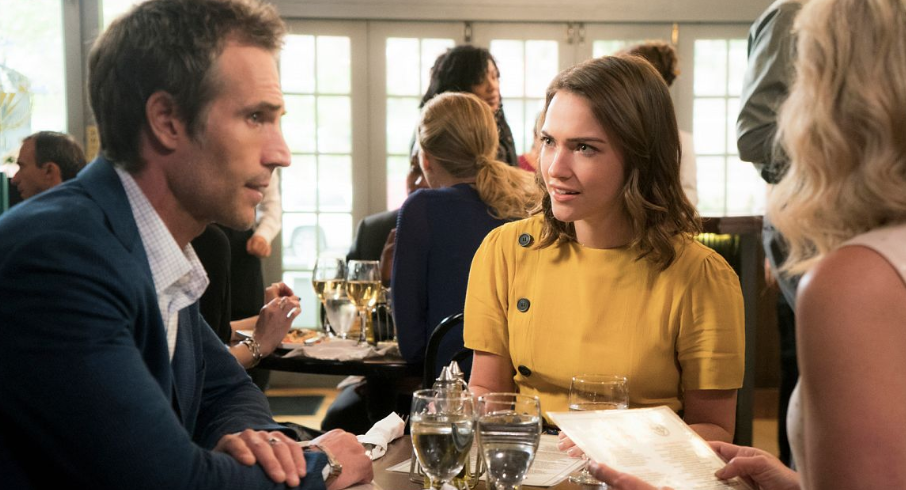 Miles discovers through Rakesh that his uncle has taken an insurmountable amount of money from the church’s bank account to secure a loan. In his anger, Miles decides to confront his uncle and reveal his findings to his father. With this discovery, Miles comes to learn that his father has held some secrets of his own. His father, Rev. Arthur Finer knows a thing or two about his brother-in-law Terrance.  In his spiritual maturity, Arthur Finer decides to shield his brother, not publicly embarrass him or shame him. He chooses to love him unconditionally.

In an attempt to make things right, Terrance begins to negotiate with a no-good businessman who is known for having unclean motives and intentions. Terrance continues to try and conceal his weaknesses, and Miles begins to observe his father’s actions towards his uncle Terrance. Upon his discovery that his father chose to forgive his uncle for taking from the church in the past, Miles begins to see his father in a different light. Could it be that God is softening Miles’s heart towards Rev. Arthur Finer? 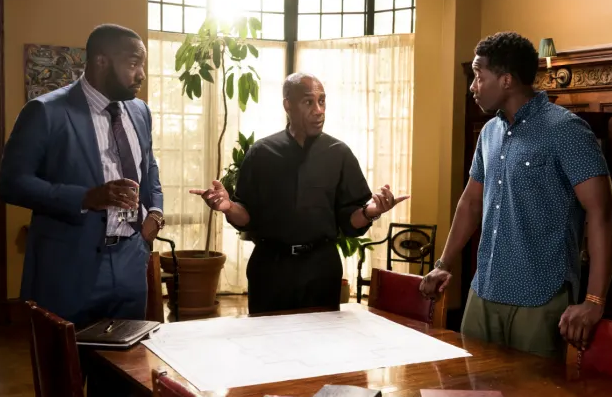 1 Peter 4:8 states “And above all things have fervent charity (love) among yourselves: for charity (love) covers a multitude of sins”. Arthur Finer does not act religiously and self- righteously when he finds out that Terrance has taken money from the church again. He thinks diplomatically and with a voice of reason. Finer continues to conduct himself in an upright manner while accepting the responsibility and fact that his first responsibility is to the church. Rev. Arthur Finer also reveals to Miles that despite Terrance’s past indiscretions and discrepancies, that Terrance faithfully attended church every Sunday without fail. Finer admits to Miles that Terrance’s unwavering commitment to attend church despite not being perfect made an impact on him as a pastor. It is through the character of Rev. Arthur Finer in this particular episode, that we get an intimate look inside some of the personal struggles of pastors. Pastors do not always have it all together, and Arthur Finer’s choice to love Terrance unconditionally despite being aware of his past mistakes is a beautiful example of how to continue to walk in love towards someone or family members despite their flaws, because we all have them. 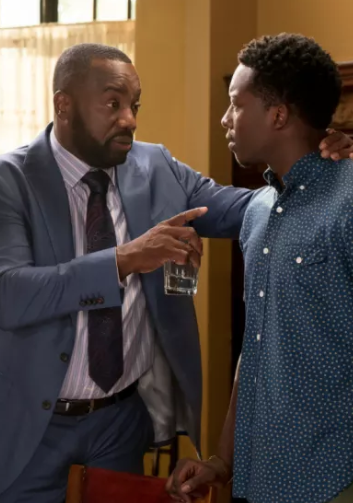 In this episode, “The Prodigal Son”, we see in Terrance the idea that as humans we have an inclination to put on a face as if everything is okay. The truth of the matter for Terrance is that he’s really facing what could be a divorce to love of his life, foreclosure, and bankruptcy and that the walls are crumbling down in his life. Had he not made this admission to Miles who immediately encouraged him, he may have just given up altogether. This episode also showcases the notion that oftentimes when a person is under pressure the first inclination is to try and figure it all out on their own. Reaching out for help to God or their loved ones is generally the last option for most. In this case, Terrance was under so much pressure that instead of consulting his brother-in law, Arthur Finer first, he was in negotiations to do business with a hustler. This further exemplifies the notion that temptation comes when you are the spiritually and emotionally weak. 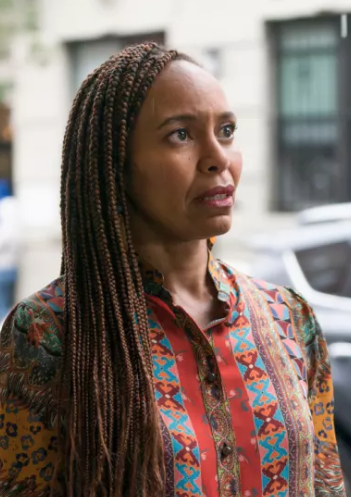 This episode is rightly entitled “The Prodigal Son”, because according to the biblical story in the book of Luke 15: 11-32, a spiritually lost son returns home. As the episode ends, Terrance decides to fight for his marriage to Lena, Cara contemplates forgiveness and Miles shows up at his dad’s Sunday church service for the first time in a long while. This does not mean that all is bliss, but what it does show is that people do not listen to what you say as much as they watch what you do.  Miles chose to investigate what was happening with his uncle after he got the friend suggestion. Terrance chose to continue to go to church despite having a past. Cara chose to forgive her mother. Whether she chooses to forgive her father or not, it’s evident that we all have the power to choose, yet we will all have to deal with the consequences of those choices.

Arguably, Miles’s sensitivity and receptivity to the God account are a metaphor for people having an openness to suggestions from God. What would have happened if Miles would have chosen to ignore the friend suggestion about his uncle? Are we available in this scientific age of technology to hear the voice of God? Are we available to be used as conduits of change whether a believer or an atheist?

Tune in next week to continue to witness how the journey unfolds.

God Friended Me runs on Sundays 8:30-9:30 PM on the CBS Television Network.