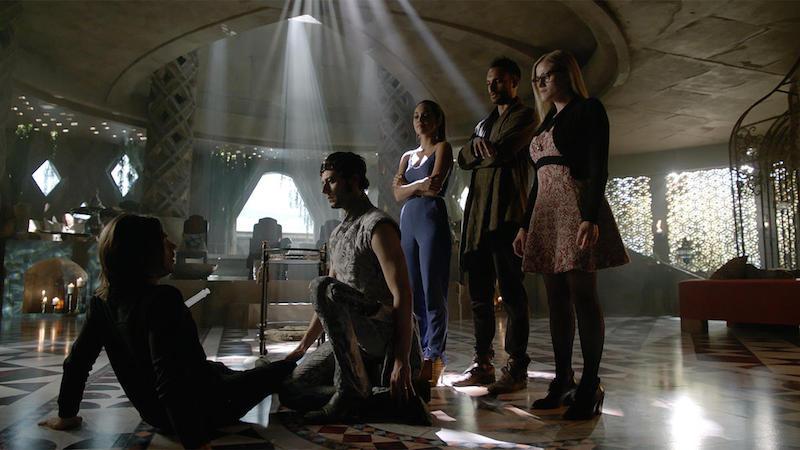 The guys are all juiced up, only to fall prey to a curse that the Beast put on the castle. This curse makes all of the kings and queens of Fillory want to kill each other.

Of course, this little issue caused them to stop and focus on killing each other. Thankfully, Penny was able to work with Eliot’s queen to prevent a true regicide by getting them to kill each other with potassium chloride injections and then revive them with adrenaline.

While I don’t care for Julia, I hate what Reynard did to her and understand her desire to kill him. But I don’t think her plan to have Marina summon him is a good one. She were cocky and used to being the top dog, which makes her untrustworthy unless she can get something out of the deal. Even though Reynard is hunting and killing hedge witches, that’s not enough to get her to key into the plan.

And the exchange between Reynard and Merina wasn’t as creepy as I would have preferred. He just seemed to take himself too seriously even as he bit her finger off and ate it. It was gross, but not creepy. He’s starting to seem like a pretty formidable foe.

And since things on the Magicians tend to go wrong before they go right, it makes sense that Penny would show up to grab the Beast just as Julia is about to kill Reynard. Sadly, Alice missed the Beast with the spell designed to kill him.

So of course, Quentin would use their dire straits to confess his love to Alice. His overly romantic ideals about life make his need for a grand gesture quite annoying to watch at times. I can only imagine how that push-pull must feel for Alice.

It also makes sense that Alice would push herself to become a magic-filled Niffin trying to kill the Beast. She’s an overachiever of the highest order. Unfortunately, Niffins become negatively consumed by magic. I have to admit that Niffin Alice is a badass. But now people are dead – Merina, Alice, and the Beast, but not Reynard.

But in the world of the Magicians, people don’t seem to stay dead for long. So I wouldn’t be surprised if Alice returns, in one form or another. For now, she remains dead, and the rest of the crew is left to deal with her death.

Plus, since Ember used the wellspring as his personal toilet, Fillory is still no closer to having magic restored. But everyone does seem to be trying to find the best way to mourn Alice’s death.

I appreciate that they pushed the timeline ahead a bit. It shows that the loss of Alice isn’t something the other characters take lightly. Neither is the loss of Merina, even though Julia didn’t like her much.

I did like seeing Julia back in the world of Brakebills guided by Kady (Penny’s ex). I also liked seeing Margot help her to do what she could to save the hedge witches being killed by Reynard.

I’m looking forward to seeing Julia and the Brakebill’s crew join forces again. I think it may take a couple of episodes before that happens, but I think they need each other to help solve their magical problems.

Now that Merina is dead (after a brief resurrection), Kady is no longer in her debt and can continue to grow in her magic. She and Julia are now besties, which is good for both of them. Plus, Quentin has shown that he doesn’t want to completely end his friendship with Julia. Now that he’s been sent back home, I can see them reconnecting. 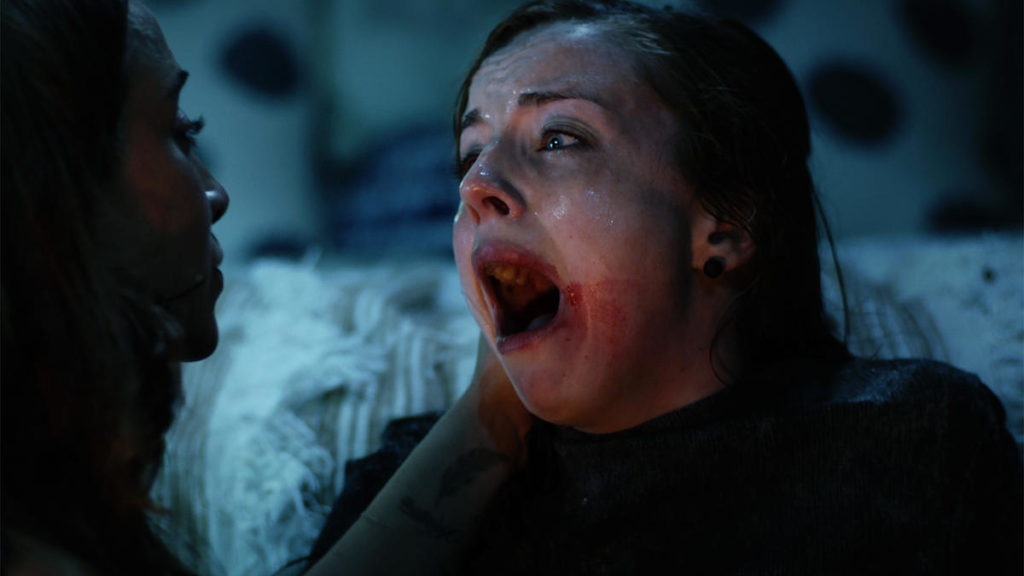 In spite of the high level of neuroses that these characters continue to display, I think they will mature as they continue to make mistakes. They do seem to be slowly learning from them.

My prediction is that Reynard will be the next big baddie they have to join forces and take down. I can’t see him not finding his way to Brakebill’s to wreak havoc.