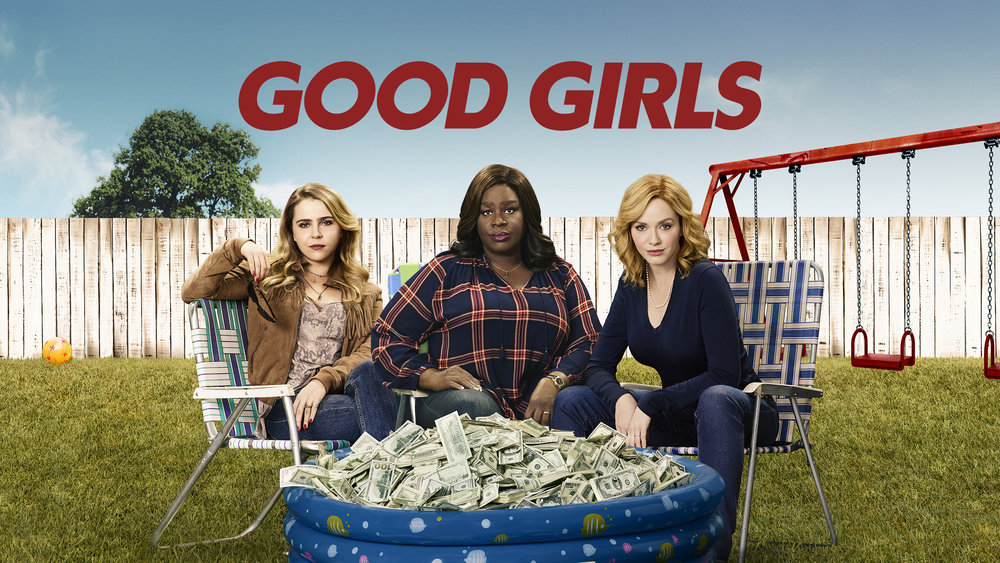 I discovered Retta’s work a few years after she made her mark as Donna on Parks and Recreation. I saw her on Bravo’s Girlfriend’s Guide to Divorce when she came in as Abby McCarthy’s (Lisa Edelstein) evil villain of an editor Barbara. Despite Retta’s highly emotive facial expressions and big-girl confidence that I envied so bad, she was always under Edelstein’s foot and never really allowed to spread her creative wings and show what she can truly do. Retta has had several roles in Parks and Rec and Girlfriend’s Guide to Divorce, but none have really let her shine like NBC’s midseason caper Good Girls. That’s because NBC is giving Retta a chance to forge a new way of depicting “the black girlfriend” in these types of shows.

Sirleaf plays Ruby, a working mom of two kids, one a little girl named Sara (played by Lidya Jewett) with some serious health issues, and even more serious case of black girl magic. In the first few minutes of the show, we get to see Ruby cheering on her little girl like a deacon in the church as the little Sojourner-in-the-making preaches feminism and activism to what looks like a class full of Sara’s fourth-grade peers and their parents. She does all this with an oxygen tube under her nose and a tank at her side. Sara’s impassioned speech is actually a battle cry that seems to fuel her mother’s “appointment” after the presentation. That’s when Ruby plans to rob the local supermarket with her friends Beth (Christina Hendricks) and Annie (Mae Whitman).

Ruby and her husband Stan (Reno Wilson) are struggling to make ends meet and pay for their critically ill child’s healthcare. The system is failing them. Ruby has a meltdown as the white male doctor completely ignores her questions. Instead, the man seems to be trying to organize his desk with his assistant. After her meltdown, the doc bluntly tells Ruby that the treatment she has questions about is not covered and costs $10k.

Ruby’s story is just one that Good Girls uses to power its story of well-meaning women who are forced to do bad things. Ruby is the only black girl in the group, as Beth and Annie are sisters, but the show does not treat her or her family as a stereotype, token, or farce. They are one representation of the burdens that women in America are facing in the current economy and under an administration that has made health care access a quagmire. Ruby and Stan even have a GoFundMe account, which is how Ruby later funnels her share of the stolen cash to her family. The reality that the show uses works to draw us in as we see ourselves in one of the three mamas. Ruby is that for me. I see her hustle, I understand her tears later when she finally gets a doctor — a fellow WOC — who takes the time to not only listen to her but to see to her comfort. I’ve cried those tears before.

In this and many other ways, Good Girls’ Ruby, Beth, and Annie show us all that everyone who said money can’t buy happiness was probably too broke to really know better or so rich that they’ve never struggled. By depicting a black family in this trio outside of the stereotypical lens that pop culture is accustomed to, NBC and the showrunners are proving to audiences that good comedy and drama can be had without making the big black girl the butt of every joke.

In this role, one of my favorite small screen actresses can finally kick her shoes off and show what she’s got. She can do so in a role that is basically a clean slate with no built-in barriers to overcome before she can get to work. (Barriers like Barbara’s single mom envy and “black girl rage/attitude” that Bravo saddled her with). The show goes further by setting a tone for pop culture and the national conversation when depicting people of color alongside themes of the woman’s burden in the household, the healthcare deficit, and the middle-class struggle. In addition to being funny, dramatic, and addictive, Good Girls also does a good job of offering up Ruby as a new blueprint for depicting “the black girl” or the WOC in a female ensemble show.