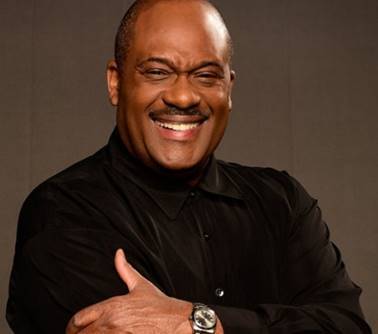 Those that follow Greenleaf know that tensions have been brewing between the characters of Grace “GiGi” Greenleaf (Merle Dandridge) and her villainous uncle, Robert “Mac” McCready (GregAlan Williams) for quite some time. Well, it all came to a head in a surprising, bloody brawl that left audiences speechless and wondering how in the world they can wait for answers until August when the season returns.

After such an unforgettable cliffhanger, it was only fitting to allow viewers to extend the conversation through a special episode of OWN Tonight – the network’s LIVE after show – which featured GregAlan, Michelle Williams (Destiny’s Child) and Iyanla Vanzant (OWN’s Iyanla, Fix My Life). Needless to say, the trio not only discussed questions that lingered after the finale, but they also took a deeper dive into the character of Mac and what/who he represents in the personal experiences of people all over the world.

Playing a villain, let alone a pedophile, is no easy task, and today, GregAlan is speaking out about it in a very candid, never-before-seen video! “Mac McCready is an abuser. Mac McCready is a rapist and he’s real. Real in the sense that there are people in our world, in our community, in our institutions who hurt children,” he says. “One of the things I’m grateful for, as I encounter Greenleaf viewers… they understand that GregAlan and Mac McCready are different people. They understand that I’m an actor portraying a character and I’m really, really grateful for that.”

Hear what else GregAlan has to say by viewing the exclusive here: http://bit.ly/GregAlanOnMac.

Greenleaf returns this August on Wednesdays at 10/9c, only on OWN!

‘Tyler Perry’s If Loving You Is Wrong’ Season 5 Clips