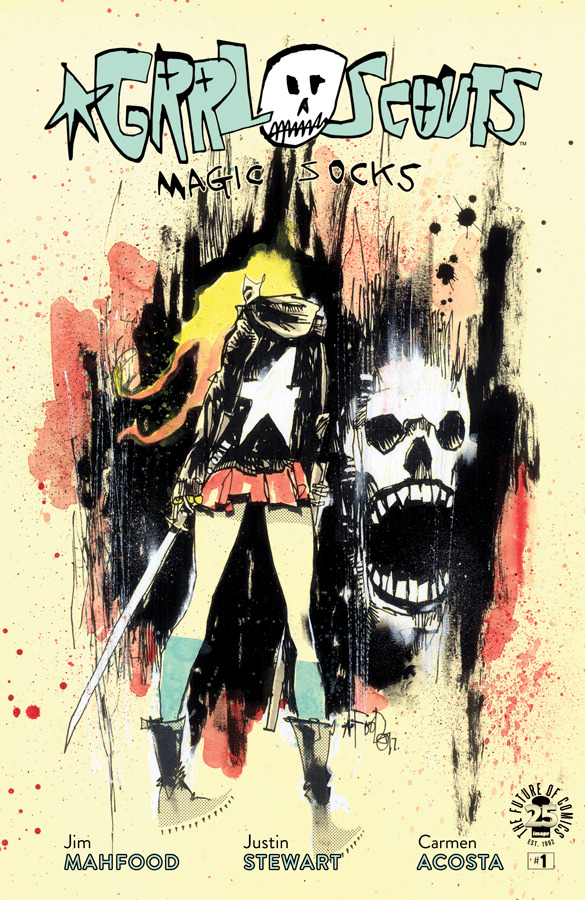 The Grrl Scouts are NOT the girls next door. Despite this being the first issue, there’s more to the girls’ lives, as Mahfood details in a mini comic on the inside cover.

Gwen, Daphne, and Rita are weed dealers known for delivering stashes in girl scout cookie boxes. They are also known for other random acts of violence in Freak City.

At the beginning of this story, we see a young woman named Josie embark on a mission to destroy the girls (who have been living separate lives).

Gwen teams up with Daphne just in time to help her fend off Josie’s first attack.

There is a lot going on in this book: drugs, violence, and general chaos. I found it a little erratic, but I attribute it to not being familiar with the universe.

The art style matches the vibe of the story and overall there is a vibe of Mahfood’s other popular work, Tank Girl.

This book isn’t for everyone—some might find it offensive—but for the right type of reader, it can be a fun read. Find Grrl Scouts: Magic Socks here.