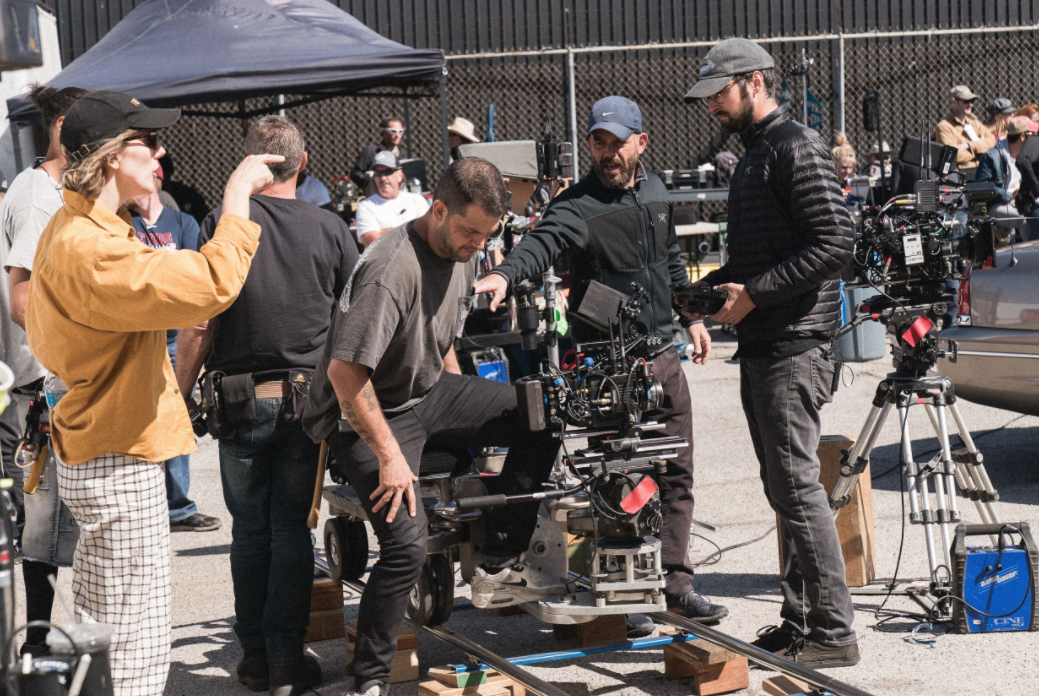 The opening scene of Gully is a feast for the eyes: A view of the ocean. Palm trees seamlessly gliding down the screen from the view of a convertible. The urban grit and beauty of working class LA. This film showcases Nabil Elderkin’s craft as a photographer and music video director in all the best ways.

Elderkin took some time out to speak with BGN just days before the June 6th premiere of his feature film directorial debut. Gully is a film about brotherhood amidst the intense trauma involved in living in a low wealth community that gives us powerful performances by Kelvin Harrison Jr. (Jesse), Jacob Latimore (Calvin), and Charlie Plummer (Nicky) as three teenage friends who share a surprisingly loving bond as they create chaos in a few days that change their lives forever.

What attracted you to Marcus J. Gullory’s script?

I just read it and I knew in my heart that I had to make this film. The juxtapositions — there’s a challenge about it. I walked away from reading the draft, and I felt emotion. That’s what sparked me. When I read it I was like, “There’s something here that needs to be told, and I want to do it.” It was just one of those innate things where I read it, I put it down, and I was like, “This is my film.” I knew there was something special. I didn’t know how hard it was going to be to get this made, but I knew that I had to. I told the writer, “I’m making this film, and there’s nothing I’m gonna make until I make this film.”

How did your background in directing music videos and your being a photographer influence your directing in Gully?

Even when I’ve approached music videos I’ve always tried to create balance in something that has been given to me and elevate the work without taking away from it. As a photographer, I’ve been shooting all around the world since I was young. I had the opportunity to experience diverse cultures that were eye-opening, and I think they all shaped who I am, having the gift of perspective. And I don’t know how it all came together to filmmaking but I just tried to really use my experiences and my feelings of connecting with people. A lot of it was with people whose voices aren’t given the opportunity to really, really just be heard. And if they are allowed to be heard, they’re heard in a way that is manipulated to fit something or even just to fit someone’s agenda. You know, I’ve been confused, too. I look back at some of the trips that I’ve done and stuff that I’ve shot, and I never showed a lot of it because I was like, “What is the point of showing some of these photos if I’m not helping?”

I hear you. Thanks for sharing. There’s a lot of toxic masculinity that the main characters embody in Gully, but the film peels back the stereotype revealing the “why” and the vulnerability which we rarely get to see in this genre, particularly with young cis-straight men. How much of that vulnerability was in the script, how much came through with working with the actors, and how much of that came through you?

It definitely was a trifecta. I definitely have experienced it firsthand through myself and my life and being around people and the journey of, you know, a human or a man. There were parts of it in the script where I worked with the writer and I obviously had to bring my own elements to it. I use a lot of my own experiences to add to that. But I think altogether it was everyone coming together on the spot. A lot of it changed throughout shooting, day by day. Things that felt right where you can read something and it can feels a certain way, but then when you’re seeing it, like, “This doesn’t feel right,” or even in the editing. There’s so many different processes in filmmaking that there’s so many places you can really work with what you have and adjust and understand and see things differently, and see how it connects to the story, and, you know, really moving things around. It’s a whole dance with filmmaking. Yeah, me and my editor did a lot of dancing. This was a humbling experience making this film, and there’s a lot of transformation I went through.

Savage, 2Chainz, and Travis Scott are just a few of the artists on the soundtrack. What’s the story behind the music?

I really just leaned on my career and friends. Some of them just came and supported it, and also some people came and saw the film and then wanted to support it. That was the beauty of this. The music is part of the tapestry of the film. It’s in a speaker or it’s in a headphone, and the feeling and the location can be a reflection of the nightclub. I’m so grateful to everyone who really likes the soundtrack and all the artists involved.

I love this shirt you’re wearing. Tell me about partnering with the clothing line Kids of Immigrants to make merch for the film.

I connected with Daniel a few months ago. I got a DM from him because I bought a bunch of stuff because I love the clothes!

Thanks! I love what they’re doing I was like, “Listen, I got this film coming out I’d love you to see it and I want to do a little bit of a merch line that can raise some funds for the Surf Bus Foundation, which is a non-profit organization that aims to empower inner city youth to have a healing connection to the sea.” I wanted the merch to directly affect the community base that reflects the film. While making this film, I became aware of the fact that a lot of people don’t have access or are blocked from access or have been falsely misinformed about their access to the ocean, which is so close. It’s such a healing beautiful place. The designer and Daniel, both designers, we just leave little elements from the film in the hats and shirts and created a little capsule collection designed by them. A hundred percent of the proceeds go to the Surf Bus Foundation.

While working on this project, what made you most grateful and what brought you the most joy?

I’m just grateful to have been able to work with all the amazing talent Jacob, Kelvin, Jonathan. Amber [Heard], and Terrence [Howard]. They all brought humanity and heart to their roles and created something that is so unique. I’m just so happy, I’m so grateful that I got to make what I wanted to make.

Gully is in theaters and available to stream on Apple, Amazon, and On Demand.