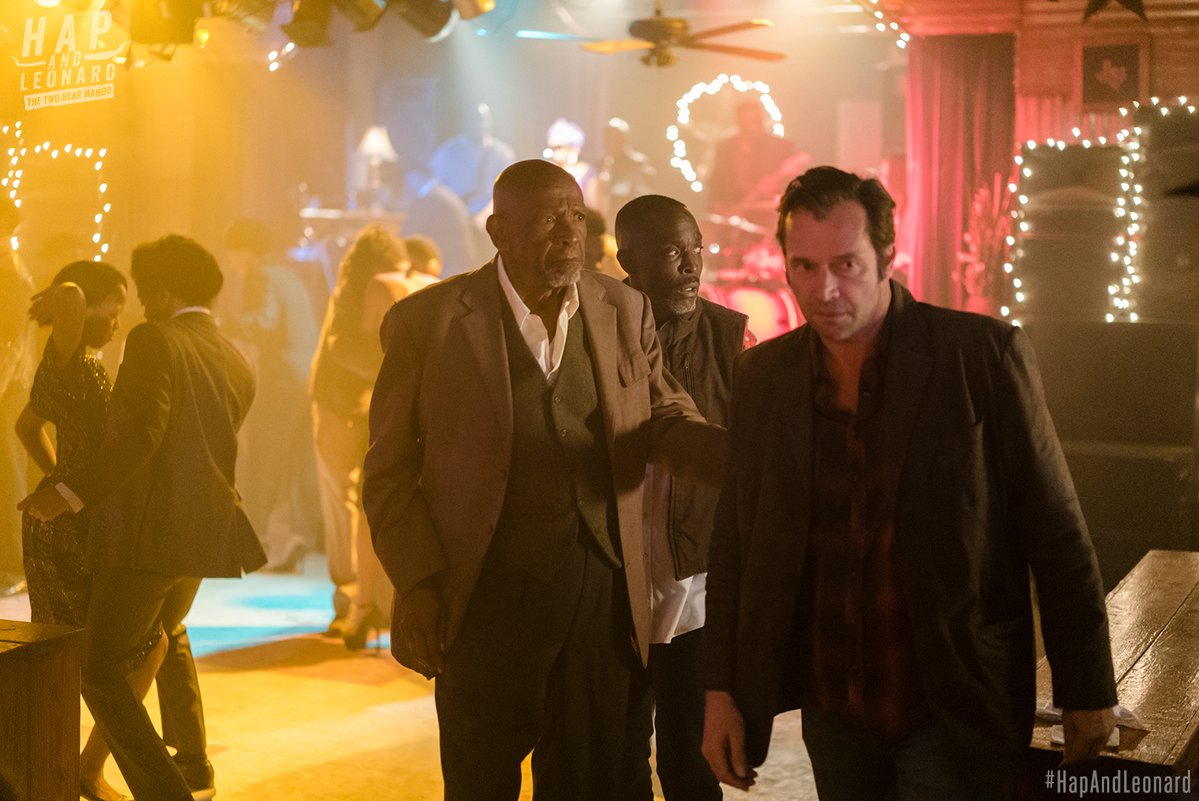 I have discovered a pattern in the Hap and Leonard series so far. Each season, there is one or more episodes where the jokes are still prevalent, but the lesson is preached in a hard, sobering, and very loud manner. Episode three, “T-Bone Mambo,” is the lesson for viewers so far. It is a heavy episode with just enough light humor to keep things from going off into the deep end (the “Double Dutch Bus” dance routine for example). However, the lesson is waiting if you care to learn it.

The lesson this week is: White supremacy has no end game, it’s all about the destruction.

Hap and Leonard begin the episode on separate paths after Hap has a dream about Florida that ends in her zombified corpse begging to be found. They still have no clue where she is. Leonard goes searching for black folks and finds them, lots of them! Black folks doing housework. Black kids playing games. Black people living and loving life just on the other side of the train tracks from Grovetown. Leonard doesn’t stop, however, until he gets to the church where he finds the chef, Macon, and a full choir rehearsing for Sunday service. Leonard can’t help question how they can live alongside a racist sore of a town like Grovetown without doing something about it. Macon tries to make him understand that things are more complex than that. 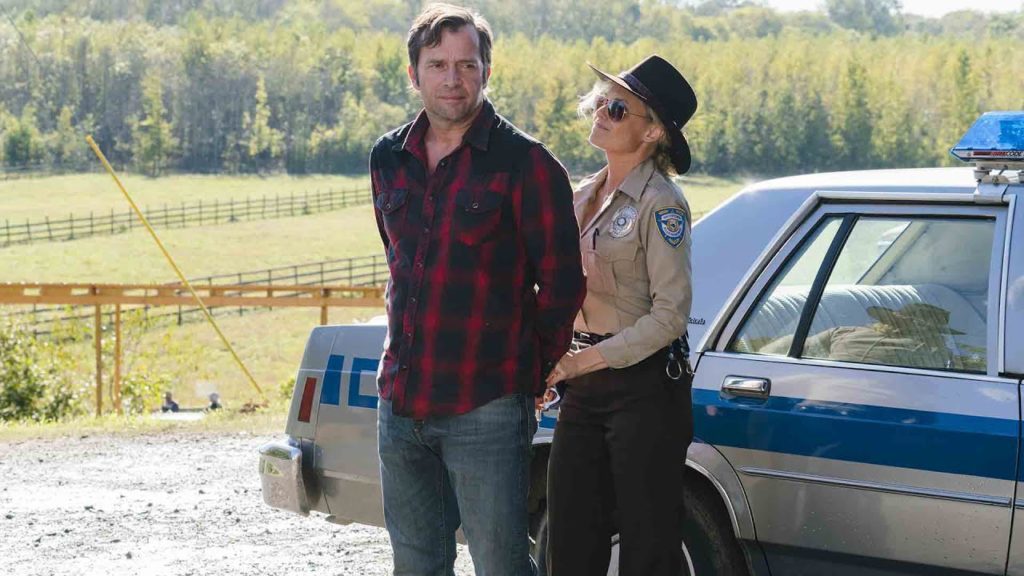 Meanwhile, Hap is flirting with the devil herself, Deputy Nazi Barbie. It is obvious that Hap is having a hard time trying to seduce this woman, and even more nauseating to see her returning the banter. It’s almost a relief to see that she was scheming. Hap ends up in the back seat of her cruiser, on his way to a meeting with the Grand Wizard himself, Truman Brown.

Brown gives a speech that is important to Americans. On the day this episode airs, the real-life Austin, Texas announced that it found the terrorist behind the racially charged and fatal bombings that arrested the city for days. This, in the same week, that activist petition to get records released from the FBI that detail investigations of Black activists labeled “extremists” while hate crimes by white supremacists rose steadily.

Brown’s fictional speech was an uneasy one to hear, but it was vital, as Americans wrestle with the same mindset in real life. Brown’s speech was vital because the one thing it never got to was an end game. He revealed in one scene what we’ve bee too blind to see in real life. That white supremacy is all about the destruction of our world in order to “preserve” whiteness. But, what happens when the so-called superior race has nothing to look down upon, has no inferior? They collapse. They fail. There is no end game, no real working design for society once the hate group is done destroying because there can’t be. A people who exist because they feel superior to another people does not have an identity when there is nothing inferior to look down upon.

Hap leaves a seething Brown with this discovery and walks back to the chicken-loving sheriff’s office for more recon.

The episode reveals that the Sheriff is actually working to find Florida, as he discovers blood on the wood chipper in Brown’s yard in the middle of the night. Earlier, he told Hap that he personally drove Florida to the town limits and watched her drive off. However, she came back and ended up at the club on the black side of town, where a blind blues singer tells Hap and Leonard that Florida was thereafter she was supposed to have left under the Sheriff’s watch. The blues maven points the men back to Grovetown for answers, but it all seems a bit too neat.

The duo ends up getting run off the road and chased into the woods after leaving the club.

The black folk are not cooperating but pushing Hap and Leonard back to the white folks of Grovetown. Those Klan-affiliated folks do seem evil enough to have done away with Florida, but they also strike me as the type of folks who wouldn’t be scared of fessing up either. I am no longer convinced that Macon did it. I am now thinking that someone on the outskirts of both communities did it.

Let me know what you think, fans.