The first scene of this week’s episode of Rebel opens with Rebel laying on an examination table, reciting what happened to her the night before, and her waking up disoriented, with the words “BACK OFF” written across her chest. Apart from the night when Malik was killed, this is the first time we’ve seen her afraid and unsure, and it was a bit heart-wrenching. Rebel isn’t sure what may have been done to her and by whom, and as a woman who is always shown to be tough, this is a new but unwanted side, because I hate that this moment of vulnerability has been caused by the possibility of her being sexually assaulted.

Rebel is concerned that if news of what happened to her gets back to the department, they’ll make an example of her and use this to smear her character and requests that Sara (Julia Cho) the doctor, keeps it private unless the results demand it be dealt with legally. In this situation, I can understand where Rebel is coming from — it’s not that she doesn’t want to file a report, but that she literally can’t trust the people who could end up investigating because there is definitely no love lost between Rebel and the police department.

After questioning a couple of Malik’s old friends who work for Texas, Rebel arrives home and finds a lady, Olivia Green waiting for her, it appears Rebel was looking into her son Kevin’s murder when she was on the force. It turns out this was Rebel’s first case she was unable to close. Ms. Green asks Rebel to speak to Chris Adams, the man believed to be her son’s murderer. As he is dying of cancer, Ms. Green needs him to confess so she can finally have justice for her son and closure for herself. While this is happening T.J. is attempting to gain a lease for his home for Vets, but is told he will only approved if he has another person to co-sign.

Mack and Rebel, go to hospice care where Chris is and it’s apparent he’s in the final stages of his cancer. As a born again Christian, Chris says it wasn’t him who killed Kevin, he may have been a lot of things, but a murderer isn’t one, and if he had done it, he would confess because he has nothing left to lose and wants to keep his conscience clear. Rebel receives a call from T.J. asking her to meet him, when she hangs up Mack asks if they are back together, Rebel as expected gets offended, and once again reminds Mack they aren’t partners anymore. But he wonders what that has to do with anything, and I want to know the same thing too. LIke, girl – what are you doing, are you with him or are aren’t you? Makeup your mind.

Rebel becomes sick again, so Mack takes her home, when they get to the door, T.J. turns, up and decides he’s going to get in a pissing match with Mack. Now see, I got super peeved at this. How is T.J. gonna get all up in Mack’s face when he’s been cohabitating with Tarsha, and his cheating on Rebel was one of the reasons they separated in the first place. Boy, go sit down somewhere, stupseee.

Following a lead, Rebel and Mack begin to suspect Omar, Kevin’s former best friend of being to one to kill him, because he may have been jealous of Kevin, and to find the evidence his body will need to be exhumed. At the house, Rebel is in the washroom, and this dude T.J. decides he going to take photos of her I.D. card and signature and use it for him to have his loan approved. T.J. you are one triflin’ loser — how you have the nerve to do that to Rebel? Smh.

At the station where Omar is being held on suspicion of murder, Rebel notices his fiancé (who was also Kevin’s girlfriend) acting weird. She corners her in the bathroom, and eventually “convinces” her into admitting what happened the night Kevin died. It turns out Kevin and Omar had been fighting over money they had stolen, and during the fight, Kevin’s then-girlfriend, hit him on his head with his skateboard. She and Omar panicked and agreed to lie about what had happened, so in the end, Kevin’s death was a tragic accident, as she had not intended for him to die.

Later that evening, Rebel is sitting with Mack when Sara calls to let her know most of her STD tests have come back clear (the HIV one will take a few more weeks), and it doesn’t appear she was raped, but there were traces of a very potent anesthetic found. Seeing how upset Rebel is, Mack again questions her on what is wrong, Rebel finally admits what happened at Texas’s club and that she doesn’t know what really happened, and Mack tells her she can’t go it alone, it’s becoming too dangerous and he’ll have her back no matter what and he holds her she cries on his shoulder.

My musing on this episode 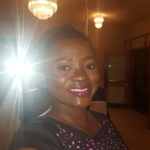