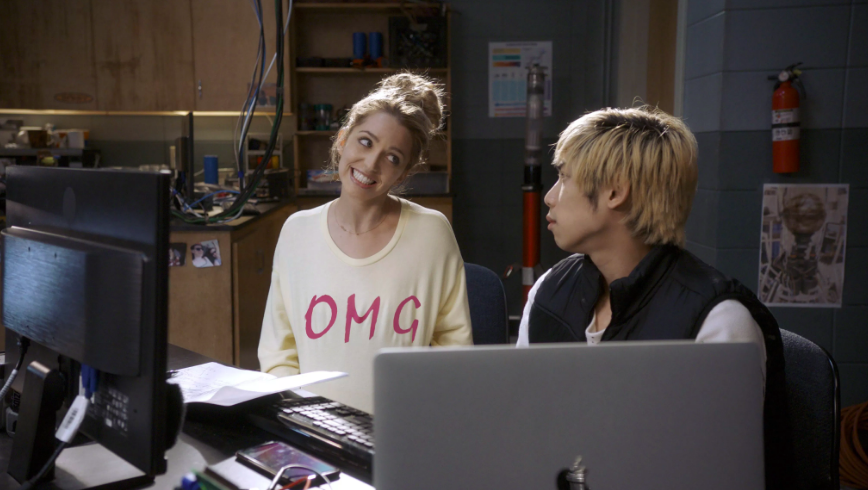 Just when we thought Teresa “Tree” Gelbman (Jessica Rothe) finally had things under control and is ready to press play on her new relationship with Carter (Israel Broussard) — the time loop of being killed by a baby-faced masked killer over and over again has come back to haunt her. This amiable second feature follow-up to Happy Death Day now has taken on a new tone and quite frankly — a completely new genre. 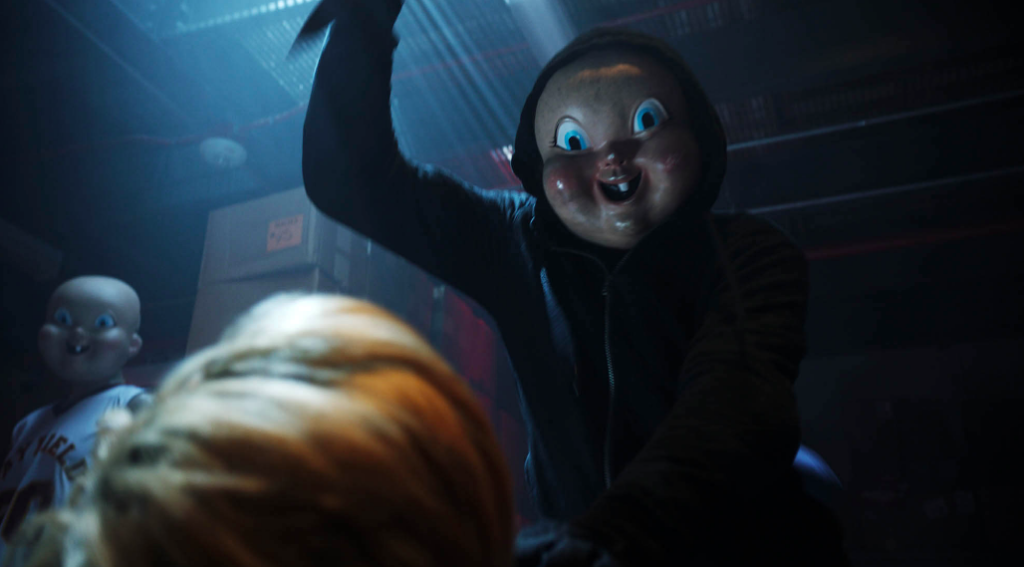 I implore you, that if you have never seen Happy Death Day, do not see the sequel. Bits and pieces of the film will confuse you if you don’t understand the context of the first movie.  You will also miss out on sardonically funny cues that meander from scene to scene. What Happy Death Day 2U does, is insert a chunk of the film’s predecessor into its sequel as an extension of its plot. Director Christopher Landon explained in a press interview that scenes from the previous film were inserted into this one, to help make it seamless.

The reason for this, is because Tree finds out that Carter’s roommate Ryan (Phi Vu) is ultimately responsible for the time loop issue. You see, Tree is (and now Ryan) reliving the same day over and over again and the only thing that ends it is their impending death. During a sci-fi experiment for class, Ryan inadvertently created a loop as well as creating another time dimension that becomes an alternate reality — a multiverse if you will. 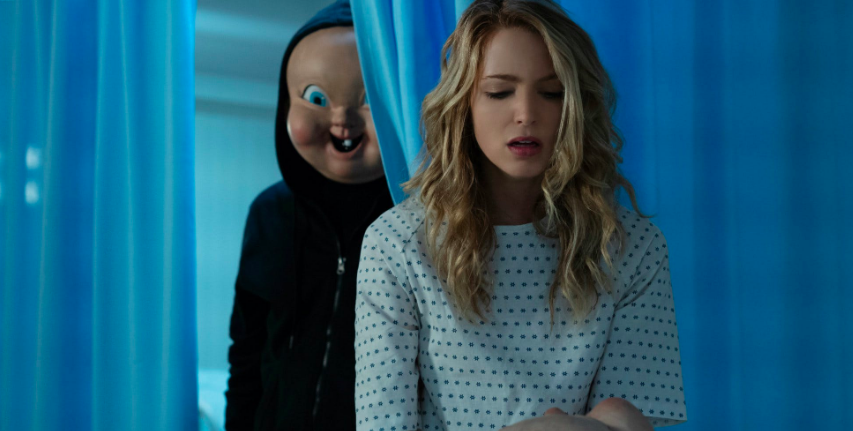 Confused?  It doesn’t matter, just go with it.

If you watched Happy Death Day, you are already aware that the absence of logic and lack common sense with both the plot and the characters are required in order to enjoy the movie.  If you get stuck in trying to make sense of it all, you will be sorely disappointed and too distracted to pay attention to scenes where Tree trips and falls while trying to run away, or seeing corn syrup wasted from inconsistent blood splatter. You will miss the moments and probably regret it, so don’t try to figure this movie out.

Instead sit back, relax, focus on your popcorn and prepare to laugh at the stupid hilarity of it all because that is exactly what you can expect from this ridiculously garish flick.

Now that Ryan basically has a time machine that now exhibits an alternate time loop reality for Tree, she has to figure out how to get the machine to get her back to reality. Ryan along with his techie college cohorts Samar (Suraj Sharma) and Anna (Sara Bennani) work to figure out a mathematical formula that will revert Tree back to the way things were. 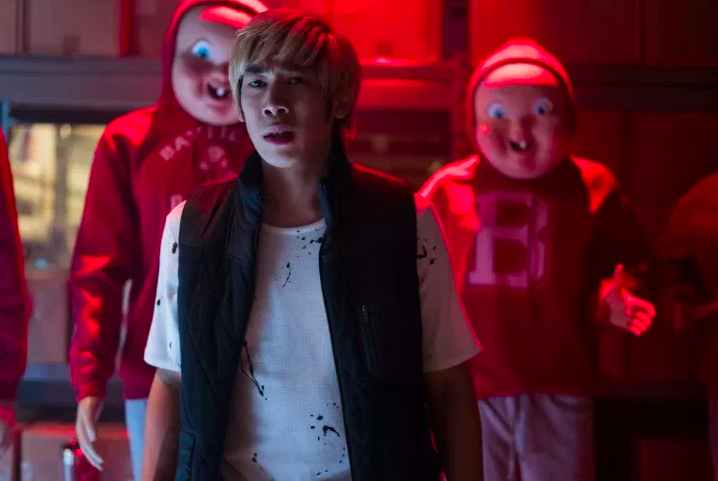 When Tree wakes up, it’s just like the first movie. She wakes up in her own bed after a night of heavy drinking and sees Carter, who is looking for something under a desk. By the way, when we see this repeat-a-day scene between Tree and Carter, in each scene he’s coming up from the desk as Tree wakes up. We never know exactly why he’s there or what is under that darn desk. In Happy Death Day 2U, rest assured, you can be at peace in knowing exactly what Carter was looking for. Meanwhile, Carter himself is in a fugue state since he doesn’t know that each day is repetitious until Tree tells him. Poor Tree has the exhausting task of having to tell her story over and over again to everyone within her sphere of influence.

All of the characters are back including the annoying student protestor soliciting signatures on campus. Shout out to the script supervisor who not only has to check for continuity from shot to shot, but also check for inconsistencies for a film shot over 2 years ago.

This sequel comes with more laughs than the first film, is far less scary, and tonally appears more like a sci-fi mystery show on the Freeform network. There’s less of a horrific serial killing machine and more of perpetually enthusiastic Whovian adventure series.

This isn’t a film you should take seriously and it’s clear that both director Christopher Landon and writer Scott Lobdell had a ton of fun writing it.