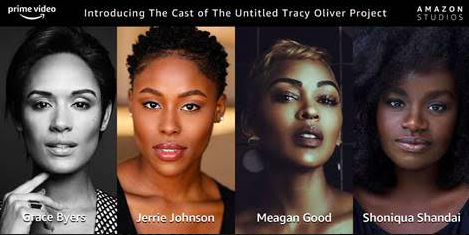 Harlem is a single-camera comedy following the lives of four women – friends from their college days at NYU – as they navigate sex, relationships and chasing their dreams.

The series is produced by Amazon Studios and Universal Television, a division of Universal Studio Group, in association with Paper Kite Productions.