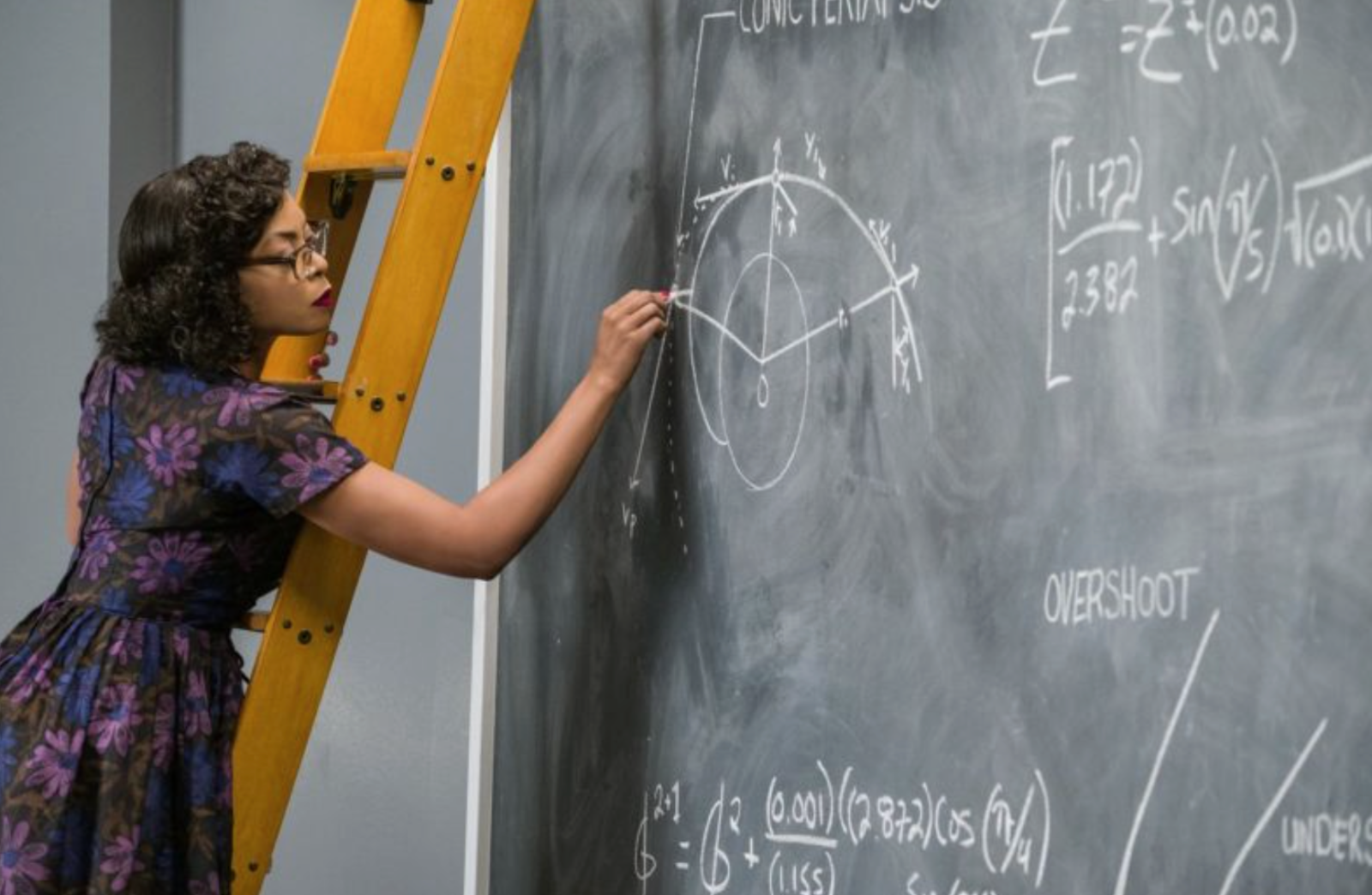 Based on the unbelievably true life stories of these three women, Taraji P. Henson, Janelle Monae, and Octavia Spencer help to bring this story to the big screen — which definitely qualifies as some Black Girl Magic. If you’re still not sure it meets the criterium, here are 5 reasons why Hidden Figures epitomizes #BlackGirlMagic:

With the STEM gender gap over-ruled by men in computer science and engineering, Hidden Figures provides support and inspiration for many young women pursuing STEM careers. The already difficult subject in the late ’60s was of high importance for these women to endure. Their bravery was one greatly appreciated till now. 40+ years later, we still admire their bravery!

Hidden Figures tells the story of three powerful African-American women who managed to break racial and gender barriers. Facing racial disturbances during the Civil Rights Movement and breaking work roles, these women help paved the way for many of us to do what we do. They prove that Black girl magic really can’t be contained!

Growing up, we were taught some of our nation’s incredible, yet, rough history. From historical wars to the world’s space race to the moon, we were never taught the history behind our nation’s most fulfilling moment. With Apollo 11 being the first spaceflight to land humans on the moon, it changed all science and mathematics research to an incredible degree. Now we know the amazing women behind it all!

4. It’s Based on a Best-Selling Novel — Written By a Black Woman!

Not only does Hidden Figures tell the story of an exceptional group of women, but the film itself is based on a best-selling novel written by Margot Lee Shetterly! She recovered the legacy of all of NASA’s amazing human computers and female mathematicians and brought it all to life. It takes a special kind of magic to capture the story of this extraordinary group and touch the hearts of people all across the world!

Janelle Monae takes the leap from music to acting as she makes her debut in Hidden Figures. Her tenacity sends a message to young African-American women everywhere that you can really do it all! In an interview with Billboard in 2013, she mentioned her love for science and was “thinking of going and being a part of NASA, joining their tech team, [to] get a free ride to space.”

Make sure to check out Hidden Figures in select theaters on December 25 and everywhere on January 6, 2017.