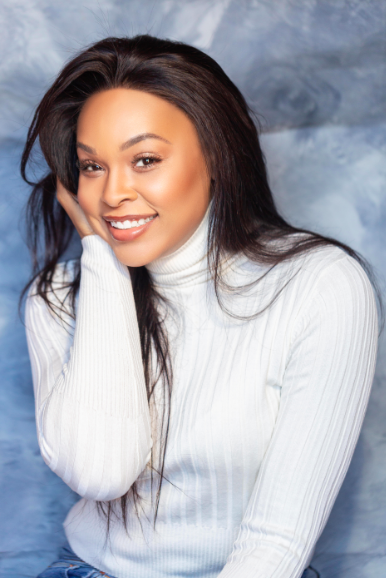 Tyler Perry’s House of Payne’s Demetria McKinney is a triple-threat.

McKinney had a love for the arts from a young age. Her drive to succeed stemmed from her hard-working military family. She pursued performing arts during her college experience at Okaloosa Walton Community College. Despite not completing her degree, her involvement and hard work in theater both inside and outside of college set her up for success. It was ultimately Mr. Tyler Perry himself who discovered her in the play called The Woman I Am Today. This launched her career.

McKinney worked closely with Perry on his stage play, Meet the Browns. In addition, she starred in Perry’s other plays, What’s Done in the Dark, Why Did I Get Married? and Madea’s Family Christmas. Her additional stage work includes The Mountaintop, Church Girl, the musical I Dream, and Dreamgirls.

Acting onstage was not her only specialty. She soon brought her stage talent to the TV screen. Her more recent productions include BounceTV’s Saints & Sinners and A House Divided for UMC. One of McKinney’s notable roles includes Janine Payne on the hit TBS sitcom Tyler Perry’s House of Payne, which produced over 250 episodes and received five NAACP Image Awards for Best Sitcom. The show now airs in syndication on BET Networks.

Now, McKinney has shifted her talent to a new network, Freeform. Here, she will be playing Anacostia on the much anticipated new series Motherland: Fort Salem. Set in an alternate America, the show follows three witches as they train to fight for their country. McKinney plays Anacostia, a tough sergeant who bears the responsibility of keeping the recruits safe and alive as they venture through basic training. Anacostia is fearless and determined in nature.

Black Girl Nerds had the opportunity to speak with McKinney about her new role for Freeform’s Motherland: Fort Salem, her success, and the future of her career.

What importance does it serve to have traditional gender roles flipped in this show? What can this generation possibly learn from this?

There is no role. We are all in this together. The less we make these divisions and compartmentalizations happen, the more we strive. My mother was in the military so I knew a lot about what I had to do with Anacostia in that sense. But being a single mom there were days when I was like, “Boy, guys just don’t get it. I don’t know how to teach them how to potty-train, I don’t know what to do when I have to go to work, and I still have this little person looking at me like feed me, feed more.” There were just so many things that I had to do because there was no division in the gender; I was mom and dad. Seeing something like this played out on screen with such generations with all of these different cultures, representing LGBTQ, representing men and women feel very differently, I think that once we understand that we’re all in this together, everything moves so much smoother and faster.

I think that is very powerful, especially what you said in the end.

What excites you most about this project?

What excites me is when you get a script and you’ve got a chance to read the first season, you’re excited to see the first episode, you’re excited to see the critics, you’re excited to see the work, and all the editing and everything that was put in there, and see the final project. I think what excites me about this project is there’s nothing like it that I’ve ever experienced. I know I’m going to be experiencing it for the first time. It’s so far removed from any of us! With the exception of a couple of us — like Jessica Sutton who plays Tally. When I first met her, I was like, “Oh yup, I get it, she’s brilliant in that. She knows exactly who that person is because to an extent, we’ve all said that’s who she is.” Then you have Lyne Renee who plays General Adler. She’s there, she’s stern, she’s strong, she’s magnificent in her spacing and timing and talent. Then you yell cut, and she goes full noodle. She’s the goofiest person you’ve ever met. So it’s really cool to see all of the stretch and really get an opportunity to enjoy it as if it were the first time. When the magical elements are put in there, it just adds a whole other dimension to it.

What can viewers expect to see? Any sneak peeks?

[Laughs.] It’s so far removed from the norm. I think that what you can expect is that you don’t know this world but you’re really really interested in getting to know it. We are literally interested in getting to experience Elliot Lawrence’s Big Bang. He created this space and we don’t know how it got here. We don’t know what inspired off in his head to make him think of something like this. Having the opportunity to build the world and walk in it and live, cry, love, be afraid in that space is just going to be something so unexpected. I think that’s what they have to take away from it. It’s a whole new world.

You’ve done a variety of work in the past, from theater to T.V. series’ like House of Payne and Saints & Sinners. Where would you like to see your career take you next?

I think that my career has so many opportunities to go a bunch of different directions that I didn’t necessarily imagine before this one. I was kind of content in my bubble, and there’s nothing wrong with that bubble. I love that bubble. I’m never going to pop it. Now that I see there are other bubbles I can hop into, I’m very happy to extend in those as well. Advocacy is very important to me. I’ve always spoken very very openly about my experience with homelessness, molestation, and single motherhood at a young age. I’ve lived life, and I’m willing to share all of those experiences in any way that will help others. I’m also big into cancer research. My father is dealing with lymphoma. It’s taught me quite a bit about that process and really wanting to make sure that we don’t take the fear in as much as we take the opportunity to learn and grow from it. As far as my actual workload, House of Payne has come back for another season — really excited about that debuting. We’ll see about Saints & Sinners, you never know. But I’m looking forward to more action, I’m looking forward to more drama, I’m looking forward to everything that is possible. I think that we get in the mindset of, “I have to do this next,” and I don’t want to do that. I want to flow like the feather in Forrest Gump. Wherever I’m supposed to be, I going to be my best in it.

Sometimes we have an idea where we want to be. Sometimes it’s just where things take you.

Absolutely! I had no idea that there could be an Anacostia in my future. I had never dreamt of it, I had never imagined it, and now it’s here and I can’t be anything less than that. I am willing to go wherever the road takes me. Hopefully, we get 9, 12, 29 seasons of Motherland. That would be awesome.