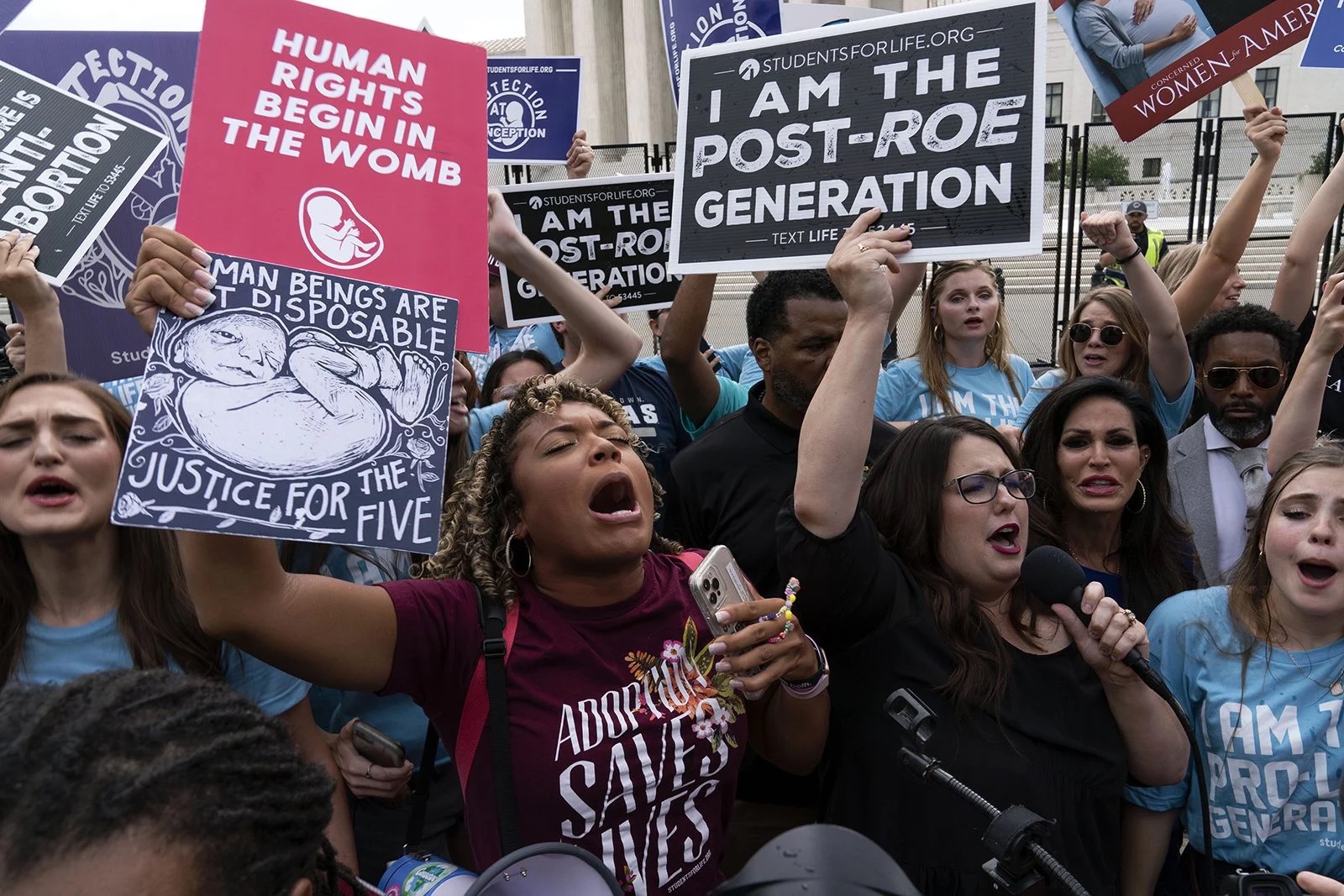 The Supreme Court’s decision to overturn the landmark Roe v. Wade and Planned Parenthood v. Casey cases that defined abortion as a constitutional right will negatively affect college women’s ability to attend and finish college in the upcoming years. Research shows that women from lower socioeconomic backgrounds are more likely than other students to take breaks from school, or leave altogether, to care for their children.

The truth is that abortion is a higher-ed issue. Most abortions in the United States are provided to women in their 20s, according to data from the Centers for Disease Control and Prevention. Women aged 20-24 accounted for 28 percent of abortions, while those aged 25-29 accounted for 29 percent.

Students go to college for many different reasons: to improve their employment opportunities, earn more money, and obtain a good job. The right to choose affects educational outcomes. The ability to choose when to have a family also plays a major role in a college student’s future. In one survey, 20% of abortion patients said pregnancy would negatively affect their education, career, or other goals.

Students, in general, are struggling due to the Covid pandemic. They are submitting sub-standard work, missing class, and many are homeless. As an educator, I communicate with students every day who are navigating college life with anxiety and worry. I see disconnection, exhaustion, and defeat. For some, the struggles are temporary. But mental health struggles can be long-lasting and even life-threatening.

At this point, it’s unclear how the Supreme Court’s decision will show up. It’s safe to say that most states will severely restrict abortion, as we see it starting to happen already. In the upcoming months, 22 states are poised to ban abortion. Confusion over what is permitted will continue to leave college students unsure about what to do if a condom breaks or they forget to take a birth control pill.

The decision is disturbing, even for those who are against abortion but still feel that a woman has authority over her own body. I suppose politicians and activists just hope that college students will have less sex but that is ridiculous. The mental health consequences of attending college in a state limited or with no abortion access can be devastating. How do we know? Because we can study the history of past abortion restrictions and the mental-health fallout they caused.

The American Psychological Association says, “…people who are denied abortions are more likely to experience higher levels of anxiety, lower life satisfaction, and lower self-esteem compared with those who can obtain abortions.” We know that abortion targets our most vulnerable — students of color, first-generation students, and students from lower socioeconomic backgrounds. They are the ones who will have fewer resources if they need contraception and abortions.

The cruelest part of the abortion bans is towards victims of rape. It’s detestable and heart-wrenching to think about a woman being forced to carry a child that is a result of such a heinous act. Although some states that ban abortions include exceptions for rape and incest, these exceptions are difficult to use.

In many cases, it will be easier for women who seek to terminate a pregnancy resulting from rape to travel to another state than to jump through the hurdles they’ll face in their home state. For example, in Utah, a rape victim must file a police report to begin to make use of the exception. Yet most rape victims never go to the police. They have a good reason not to.

Oftentimes in higher education, I frequently hear from other professors that “we aren’t therapists.” But student mental health, in my opinion, is our responsibility no matter how much some bark otherwise. We are often their first line of defense against challenges. No, we are not therapists. But we have students who need support, and faculty should want their students to feel comfortable coming to them. I make it known that students can approach me for help. If I don’t have the information, I’ll find someone who does.

For many college students, the right to reproductive autonomy depends on where they attend school.For women of color, the schools they are considering must be schools that are in states that provide opportunities to access abortion if they need to and, more importantly, access to reproductive health care.

The overall effect on college enrollment will probably not be that noticeable. I think it has more to do with how states will react to the ruling and the message it gives to students. There is something to be said about living in a state that doesn’t believe you are an autonomous human being with the power to make decisions about yourself. This is the factor that weighs heavily on many college students.

At this moment, students can advocate for their campus health centers to provide family services. Students can also petition their school to voice its support of reproductive choice.

It’s going to be important that students also think beyond the campus. Because most colleges do not provide abortion services, students seek medical care in their community. Students can get involved with local organizations that provide support and resources for people who do not have access. Students choosing out-of-state colleges can avoid states that restrict abortion rights.

Unfortunately, the people most impacted by abortion restrictions often don’t have the privilege of choosing where they live. By getting involved on campus and in their communities, college students can work towards protecting their rights and the rights of others.