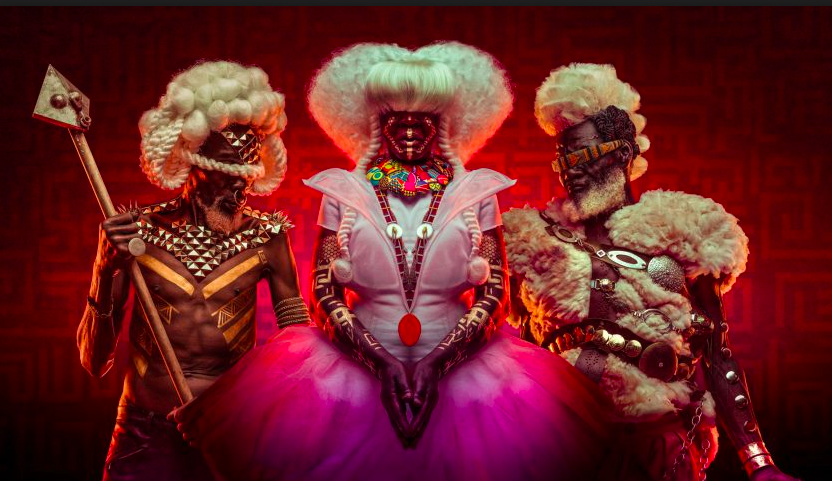 There’s an old adage that states “Those who don’t learn from history are doomed to repeat it.” It’s also true that in some cases that those who know their history may just, in fact, be blessed enough to realize they have been blessed to walk in the footsteps of greatness.

A long time ago I stopped believing in coincidence; the significant ones anyway. I began to see them and appreciate them as the portents they are. Case in point, my personal patronus, Langston Hughes. I’m honored and humbled to state that he and I share more than a few parallels. For one, we share a birthday. We’re also published gay Wakandans. While Hughes was a key player in the Harlem Renaissance, at some point, without even realizing it, I’ve found myself a part of a phenomenon that’s just as magical, Afrofuturism. 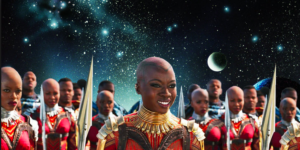 What’s Afrofuturism, the uninitiated may ask? The official answer (according to Wikipedia at least) is that Afrofuturism is a cultural aesthetic, philosophy of science, and philosophy of history that explores the developing intersection of African Diaspora culture with technology. Afrofuturism addresses themes and concerns of the African diaspora through technoculture and science fiction, encompassing a range of media and artists with a shared interest in envisioning Black futures that stem from Afrodiasporic experiences. Black Panther, Janelle Monae’s Dirty Computer Emotion Picture, Get Out, and Ava Duvernay’s A Wrinkle In Time are just a few examples among countless others. My personal definition for Afrofuturism is speculative fiction that celebrates Black Excellence.

It’s interesting because while mainstream (read white) media be it Hollywood or the publishing industry continues to be in freefall (financially, creatively, and in some cases legally), Afrofuturism continues to garner momentum, prominence, and success with no signs of atrophy. There’s a reason for this. There are several key reasons in fact and shot-callers in the industry would be wise to take note.

As a member of a few major forums on social media such as the State of Black Science Fiction, Planet of the Journey of the Nerd, Black Science Fiction Society, and a few others one thing I’ve noticed is that these communities are overwhelmingly positive and devoid of drama, elitism, backstabbing, cliques, and other toxic behavior that inundate white forums. Every few months or so there’s another “controversy” (usually a bigoted one) that rocks the mainstream industry and fandoms. Most Black spaces and publications I’ve frequented and worked for understand that there’s enough money on the table for everyone and other creators aren’t your rivals but your siblings-in-arms.

Every blogger, publisher, musician, or actor who has been involved in this renaissance has played a part in shaping history. When a debut author posts about successfully selling a short story, they get genuine overwhelming support from other creators. When an author vents about being discouraged and believes they’ll never make it, they are reminded that their voice is unique and important and to persevere and keep honing their craft. More than a few industrious entrepreneurs have pooled their resources which have resulted in websites, anthologies, and conventions which serve as a platform for creators and a showcase of the culture.

As a non-straight speculative fiction author of color, my mere existence is a revolutionary act. To genuinely love myself in a world that dehumanizes my kind is both a superheroic feat and a declaration of war. Mainstream speculative fiction continues to be one of the most toxic and hostile battlefields. I’ve almost lost count of the number of bigoted attacks I’ve endured from racist white publishers, employers, game designers, and other writers.

These aren’t the conservative Sad Puppies or Trump supporters. Most of them are the hypocritical fauxgressives that Dr. King warned of in his Letter From A Birmingham Jail. The contrast to that abuse and gaslighting to collaborating with other Wakandans is as different as night and day. Black publishers never instructed me to exclude LGBTQ protagonists from my submissions.

In fact, they were more than eager to include Black gay superheroes in their anthologies. Black women have been at the forefront of Afrofuturism. Their being in positions of power, publishers, convention chairs, etc. is not an anomaly but the standard. Diversity is more than lip service, it’s a way of life, which is why Afrofuturism is ever evolving. There’s a strong emphasis for family-friendly all-ages event. Onyxcon is an excellent example of this. There are activities that pay homage to our elders as well as activities designed to entertain, educate, and empower the next generation of Wakandans.

Sadly, the old adage continues to be a sobering reality. Blacks have to work twice as hard to get half as far. And that’s if we’re fortunate. Because of this, we’re forced to be stronger, smarter, more creative. In essence, we have to be better. While the pressure of systemic white supremacy crushes, it also creates diamonds such as Black Excellence. It should come as no surprise that drive and ingenuity fuels much of Afrofuturism.

The internet has been an equalizer in accessing information, resources, and devising creative marketing for independent creators to reach an audience that a decade ago wouldn’t have been accessible to them. In the exploration of the universal narrative, many storytellers don’t limit themselves to the same derivative Eurocentric, patriarchal, heteronormative tropes. This also why Afrofuturism has also resonated with non-Black audiences because they too are hungry for something unique that will challenge them and inspire them as art is supposed to do.

The biggest reason why Afrofuturism continues to thrive?

As trite as it may sound, it is true. Much like the Harlem Renaissance, love is the driving force behind Afrofuturism. There’s an unspoken universal mission statement among content creators to use their respective mediums to empower the marginalized, enlighten the masses, and dismantle systemic oppression. Afrofuturism is more than a genre. For many of us, it’s a calling. It’s a belief that in shining a spotlight on Black Excellence, we make the planet a better one. No one knows exactly what lies ahead, but if history is any indication, the old saying in Vegas applies to life in general.