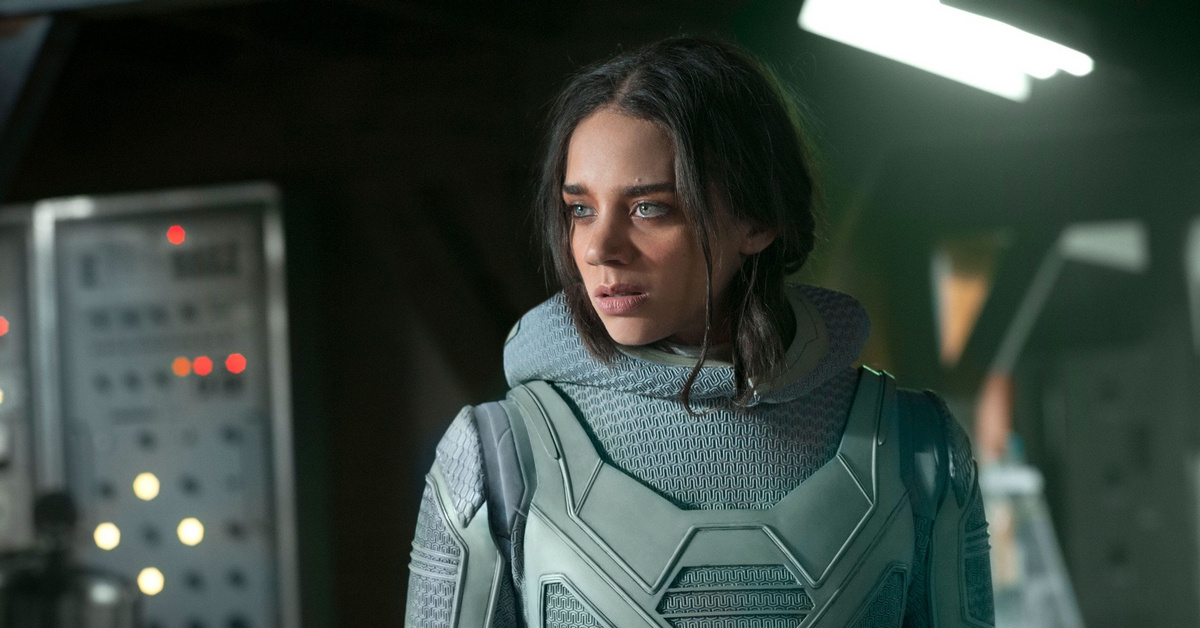 The post-credit scene of 2018’s Ant-Man and the Wasp saw Scott Lang going back to the Quantum Realm to retrieve quantum healing particles for Ghost, the film’s antagonist. These particles were supposed to cure her Quantum Mutation and imbalanced molecular structure and equilibrium that we’re slowly killing her. Moments after, when Hank Pym and Hope van Dyne were supposed to pull him out, the Snap happened, and the rest is history.

This poses important questions as to what happened with Ava Starr, aka Ghost, a character portrayed by the talented Hanna John-Kamen. Unfortunately, while 2019’s Endgame wrapped up over a decade of cinematic storylines, even the three-hour epic could touch upon every little mystery in the MCU, including the whereabouts and well-being of Ava Starr. With the upcoming Ant-Man and the Wasp: Quantumania scheduled for a 2023 release, as a part of Phase Four of the MCU, we’re left to wonder whatever happened to Ava and will she make an appearance?

We have to point out that we’ll only discuss the character of Ghost as seen in the MCU. The MCU’s version of Ghost is very loosely based on the comic-book version of the unnamed male villain of the same name and powers but an entirely different origin story. In 2018’s Ant-Man and the Wasp, we saw Ava as a sole survivor of an incident involving a Quantum Tunnel that killed her parents and inundated her with quantum energy, making her intangible.

Long story short, she ended up being taken in and trained by S.H.I.E.L.D. as an operative, and the organization built her the Ghost Suit, which allowed her to slip between intangible and solid states, promising to find a way to cure her. However, due to the prolonged suffering caused by her Quantum Mutation and displacement, Ava became a hardened and extremely vicious individual and following the collapse of S.H.I.E.L.D, Starr’s condition started to deteriorate, so she went after the next best thing to find the cure S.H.I.E.L.D. was never going to deliver — Hank Pym.

The main premise, at least from the Ghost’s perspective, was to use Janet van Dyne’s quantum energy to permanently fix her displacement. This made her an antagonist by the necessity of having to fight for her own survival. She doesn’t want to hurt anybody and seize any kind of cosmic power for herself; she’s just trying to heal her disequilibrium by any means necessary. As such, she’s more of a human obstacle to the movie’s protagonists rather than a threatening force hellbent on causing death and destruction.

By the film’s end, after Janet van Dyne is finally rescued from the Quantum Realm, she can sense Ava’s quantum displacement and uses some of her own quantum energy to partially heal her. To completely heal Ava, though, Scott has to go back to the Quantum Realm to retrieve quantum healing particles that were supposed to cure her Quantum Mutation and imbalanced molecular structure and equilibrium. And then the Snap happened, and Scott was left stranded, leaving us to wonder what happened to Ghost?

The good news is that Marvel hasn’t forgotten about her but chose not to disclose her fate and whereabouts between Endgame and any potential future appearance. It’s currently unknown whether Hannah John-Kamen will reprise her role as Ava Starr in the upcoming Ant-Man and the Wasp: Quantumania, but the actor revealed that Ghost is still alive in the Marvel Cinematic Universe following the events of Endgame. But what happened to her during the five-year plot hole between Infinity War and Endgame?

Well, several things could’ve happened with Ava, and the least painful one would be that she blipped along with the half of the life in the universe when Hulk Reverse-Snapped in Endgame. That would mean that she’s still under the influence of Janet van Dyne’s healing quantum energy, which would grant her enough time for Scott to make another trip to the Quantum Realm and bring back another batch of healing quantum particles.

Marvel purposefully didn’t clarify just how much time Janet’s fix gave Ghost, and for all we as the viewers know, it could be anywhere from a few more days to a few more years. This would allow Marvel to adjust the character’s story arc to match the overarching narrative. This also opens up the possibility that Ava wasn’t Snapped away, and she spent time waiting for Scott to return. We know that she hasn’t succumbed to her affliction; otherwise, she wouldn’t be alive following the events of Endgame.

Unfortunately, not much is known about the upcoming And-Man and the Wasp: Quantumania, including whether Hannah John-Kamen will reprise her role in the third installment of the Ant-Man cinematic series. Evangeline Lily and the rest of the known cast have praised the script as the best one yet. Given the announced appearance of Jonathan Majors’ Kang the Conqueror, and Bill Murray’s undisclosed villain role, if Ghost was to return for the next film, she’ll likely be a reformed villain.

New Trailer for ‘Ant-Man and The Wasp: Quantumania’