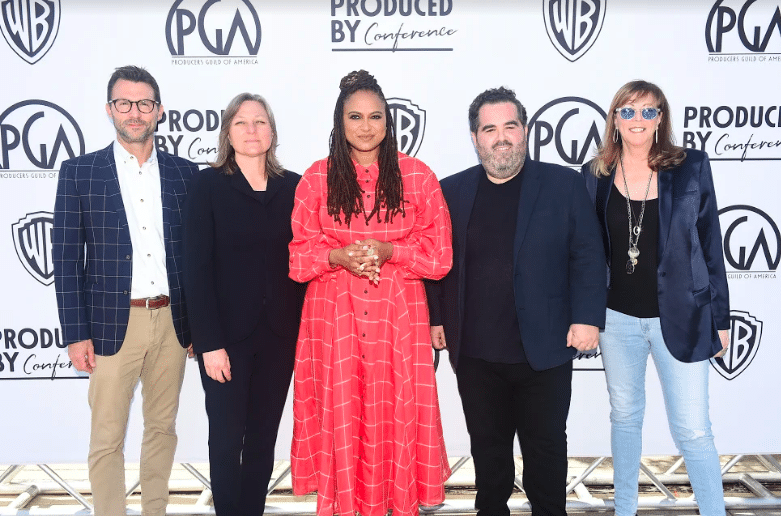 Ava DuVernay didn’t want her new Netflix miniseries When They See Us titled “Central Park Five” because she felt it didn’t do justice to the young men wrongly convicted in the case.

“Obviously there’s a name recognition in Central Park Five, but Ava correctly pointed out that this didn’t do justice to these men’s stories. She wanted to reclaim a name for them,” said Netflix VP of Original Content, Cindy Holland on a panel discussion with DuVernay at the Producer’s Guild (PGA) Produced By conference.

The Central Park Five was the name referred to in news headlines about the five teenage boys (four African-American, one Latino-American) convicted of raping a white female jogger in New York’s Central Park in 1989. They served between six and 13 years behind bars before a prison inmate confessed to the murders and his DNA was a match.

Although exonerated right away at that point, it took lawsuits and years before the now-men received two settlements from the City of New York, totaling over 44 million dollars.

Instead of retelling just the court case, DuVernay wanted to concentrate on the familial side of the story and get away from the “true crime” genre.

“We came into something that just felt very intimate. We felt at the core of what we wanted to do with this was to really see these men and reclaim their humanity,” she said. “They are not the Central Park Five. They are not a faceless group of thugs. They are Kory, Antron, Raymond, Yusef, and Kevin, and they have memories and families and bleeding hearts and have communities. We wanted to recognize that.”

How it all came together started in 2015 with a tweet and then a cocktail party in New York. 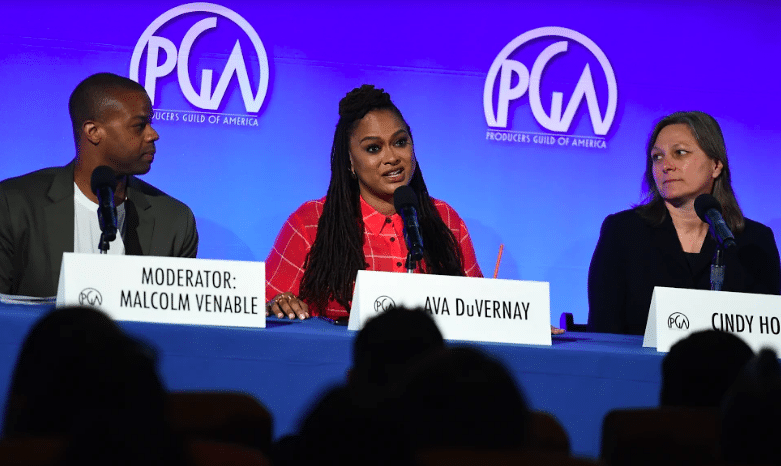 “I received a tweet from Raymond Santana,” DuVernay said. “He asked me what I was going to make after Selma. ‘Could it be CPFive #fingerscrossed?’ So I flew into his DMs [direct messages]. I said, ‘Does no one have your story?’ I thought it would be fascinating to say I met one of the Central Park Five.

“I really didn’t think I’d be here four years later,” she continued. “When I sat in front of them and listened to his story and looked into his eyes and he introduced me to each of the men — over a series of days — I left that meeting saying I had to tell their story.”

After chatting with friend and producer Jonathan King (Roma) at a cocktail party, DuVernay and King asked for and secured the rights to take it to Jane Rosenthal, founder and CEO of Tribeca Enterprises to produce, and then eventually to Netflix to buy. DuVernay and all involved brainstormed on the title.

What started out as a possible feature film blossomed into four-episode series in which each episode deals with a different side of the case. Each episode unpacks a different part of the criminal justice system, according to DuVernay.

“The first episode will be about this case, but it also is showing how it feels to be arrested as a young Black boy, precinct behavior, the kinds of behavior we’re hearing that is happening in precincts around the country as it relates to Black and brown people. 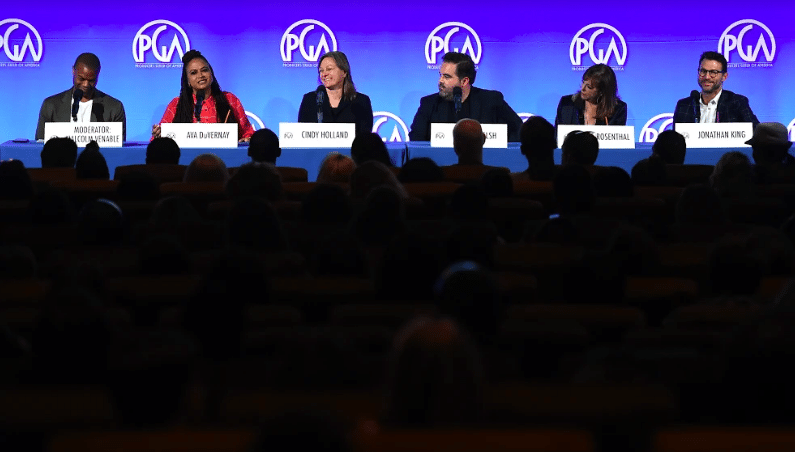 “And then we’ll talk about the horrors of incarceration, and folks won’t even know we’re talking about this because we’re watching this very famous case. We talk about the mothers and the heartache and the memories.” 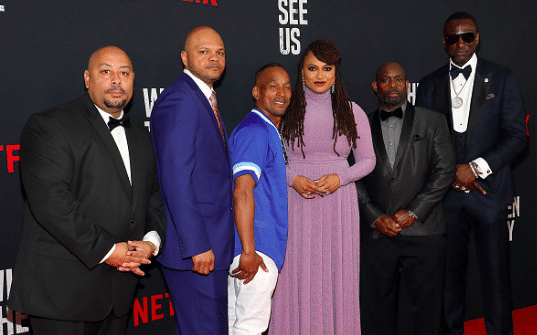 When They See Us keeps in tandem with DuVernay’s other projects highlighting social justice, from Selma to the little-seen Middle of Nowhere to the internationally-released Netflix documentary 13th, which also looks at the prison system in America.

Finally, the title, When They See Us, is about how people are seen by others, according to producer Berry Welsh (Quincy), who also worked on the series. He said, “It invites you to challenge your idea of what are other people seeing when they see you and what are you seeing when you see other people.”

When They See Us is streaming on Netflix.