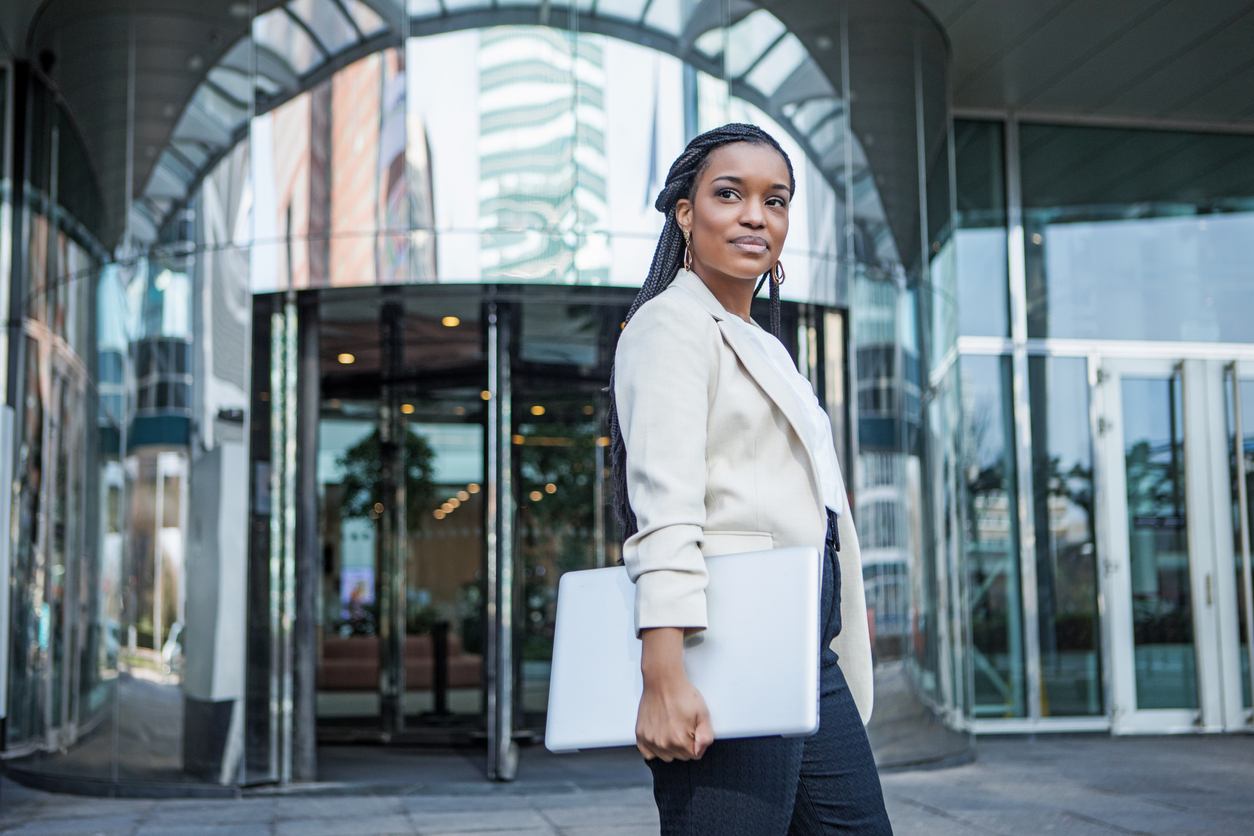 You may have heard of the Great Resignation, which refers to labor market workers quitting their jobs to search for better opportunities. Now two years since the pandemic started, we’re entering into a new era in the workforce: The Great Renegotiation.

It’s a result of inflation, and experts say there is an uptick in workers seeking higher pay to stay on pace with the rising cost of living. This has left many industries struggling to keep operations going while relying on fewer employees than normal. Within this movement, women in leadership positions demand more and are willing to leave their roles if their demands aren’t met. But where do Black women fit into this scenario?

After the recession in 2009, Black women’s employment didn’t recover for nearly a decade. As the U.S. economy is trying to rebuild, Black women are again enduring a slow employment recovery. C. Nicole Mason (president, and CEO of the nonprofit Institute for Women’s Policy Research) says that without significant action, it will be a repeat of 2009 with Black women getting left behind. “We have an opportunity to really dig a little bit deeper and address some of the structural and institutional barriers to workforce participation for people of color, and Black women in particular,” Mason said.

I’ve been away from corporate America since 2008. Black women were having internal conversations then about salaries and what upward mobility looked like. Now we are in a climate where it is harder to recruit and retain talent. It’s important that employers also look closer at gender gaps that exist to make sure opportunities are present in their ranks.

One thing that I found essential to my success was managing my manager. During yearly reviews, employers always look at what you’ve contributed to the company and where you see your future. So, I always kept detailed notes on projects I contributed to, professional development that I obtained, and training so when it came time to be evaluated, my manager was being evaluated too. I also used this as a negotiating tool for the next company I worked for.

The pandemic has prompted many people to reevaluate how they work and what’s truly important. Working remotely allowed people to do just that. It changed the game for many of us. Many people want to keep the jobs they have but on their own terms. They want the ability to work where they want and when they want. It’s more about having fulfillment in your work which translates to fulfillment in your personal life. We always hear about maintaining a work-life balance, so now employees are putting that to the test.

According to information from the Institute for Women’s Policy Research, there is a gap between what women want from employers and what benefits employers provide. The survey found that more than 75 percent of women rate paid leave, health insurance, and job security as “very important” or “important” when considering jobs.

Black women are always taking inventory of their corporate careers, and lately, many have decided to become entrepreneurs. Among many of my girlfriends, a lack of childcare and benefits has led to them leaving the workforce. They are opting for starting their own business, jobs where they can work from home, and jobs with great earning potential.

Black women still remain among the country’s fastest-growing group of entrepreneurs. Although this fact remains, Black women still trail behind their white female and male co-workers in terms of wages and employment outcomes.

I believe too little attention has been given to why disparities persist and what solutions are needed to level the playing field for Black women. The current economy is not a win for us despite what reports say. There has to be a deeper understanding of Black women’s economic realities. We must prioritize solutions that target pay disparities, promote greater workplace equality, and improve the economic standing of Black women overall. These have been overlooked, and the economy has never leaned in our favor. Even when unemployment rates decline, Black women consistently have the highest unemployment rates among all women.

So, what if companies aren’t willing to offer high-quality professionals the pay, work arrangements, benefits, and clear paths for advancement they desire? Well, it’s easier now than ever for them to walk away. Companies have to focus on how they can help employees succeed and do something about the gaps Black women experience.

Throughout the pandemic, workers have shown they are placing a renewed focus on their work balance, as well as creating new paths to get what they want professionally. While employees who choose not to partake in the Great Resignation have considerable negotiation power, they must know exactly how and when to make their big move to get what they want from their employer.