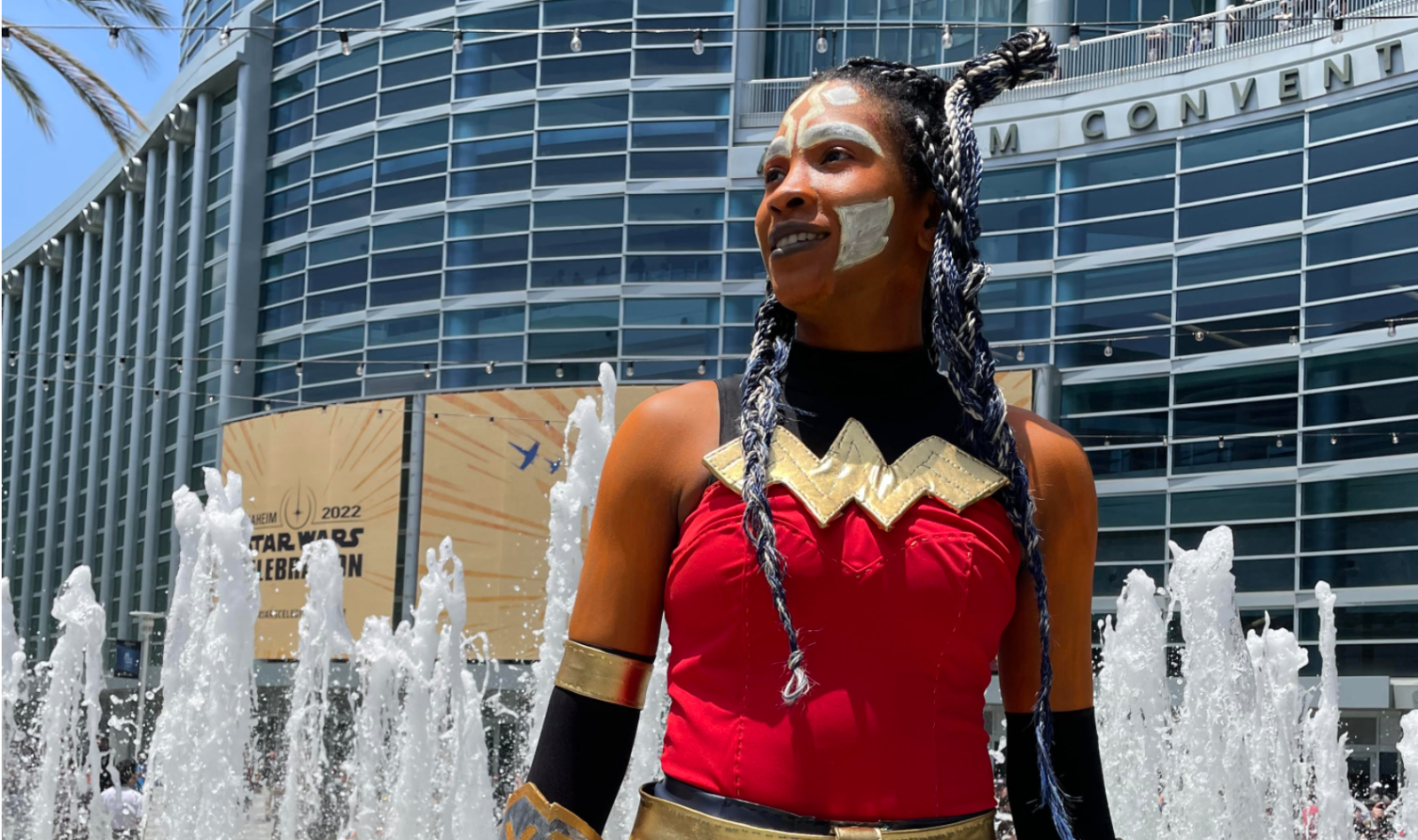 During this week’s Star Wars Celebration, which personally is my first time attending the event and as a media outlet our 4th year covering it — I was thrilled to have the opportunity to meet the team behind Broad Spectrum Nerds.

BGN sat down and chatted with Josh and Nichole Evans of Broad Spectrum Nerds. The brother and sister duo is a part of a team of creatives who create fandom entertainment and prioritizes on creating an inclusive space within that their fictional storytelling. Both Josh and Nichole are fans just like the rest of us, geeking out over popular IPs such as Marvel, DC, Star Wars and anime. They decided to just talk about everything they liked all at once all the time.

What inspired you to create this space?

Josh: It came out of just conversations that we organically had and we were not even thinking about making a brand. Let’s just record them and put them out for people and see what happens, you can never have too many of us in the space and there’s not a lot of us to begin with.

Nichole: And if we like it, there’s a chance other people will like it too and I know it’s always cool to talk about people who like the same things as you.

What kind of content is available on Broad Spectrum Nerds?

Josh: A wide variety of content. It depends if you’re on YouTube. You’ll find there’s a reposting of Tik Toks on YouTube, but you’ll also find like some of the longer form things of interviews that we’ve done with other people in the community, as well as speculative stories.

Nichole: We don’t ever say everything is great all the time. But we’re not always saying that’s just “the worst”. We like to be optimistic about things. This could be better. How could it be better? What would we have done to make it different?

You created an audio theater series called Jedi Shadow Force. Can you share with our readers what that’s about?

Josh: That’s entirely the backdrop. It hinges on the fact that Mace Windu’s fate was never really revealed. He was thrown out the window and never revisited. He’s a resilient Black man, I’m pretty sure he survived. The descendants of Mace’s friend, the descendant that they find is the member. His name is Shin Rook.

We’re here at Star Wars Celebration. Why did you want to create a Star Wars show and how important is it for blerds to see themselves represented in this fandom?

Nichole: Well, I think it’s important to tell more Star Wars stories because the Skywalkers can only do so much and there are other people in the galaxy outside of the Skywalkers. So it’s interesting to tell those other stories and seeing what the force looks like to other people or how the war, the clones and how that affected the other reaches of the galaxy. We don’t ever get to see that, we just kind of get to just see the Jedi Council. We see the inner room and what’s happening on the outer rim and all of that and then as blerd it’s it’s important to see ourselves. We exist. Black people exist. It’s as simple as that to me. Because we’re around, there should be stories with us in it. Without it being a struggle to exist.

Josh: For me, I Star Wars for the first time when I was seven, and that completely rearranged my paradigm of what you can do in storytelling. Everything that you could express and touch. I was seven, so I wasn’t thinking along racial lines, but I felt very much the same just thematically. And so getting older and see the state of things. Octavia Butler wrote herself in and that is why it is important to tell more Star Wars stories and that’s why is important to me personally to tell Star Wars stories, stories and being a blerd, it’s because we can write ourselves and we can do it in a way that’s organic and fitting. We can give other Black people other people of color really anyone if you tell the story well enough really doesn’t matter what you are, as as evidenced by the fact that all these Black people are here at Star Wars Celebration. We can have that moment where it’s like, “Oh, I feel seen.”

What advice do you have for the casual fan that want to get into the Star Wars universe but don’t really know where to start? Disney plus has all of this new content. You’ve got Clone Wars, Rebels, Boba Fett, Mandalorian, and now you’ve got Obi-Wan Kenobi. If they really want to get deeper in the fandom, what do you recommend?

Nichole:  Good question. Ahsoka is my favorite character so I’m fully impartial towards her. So I would suggest start by watching the Clone Wars TV show. If you’ve never really watched Star Wars, I was start at season three because there is a lot of world building and layering that happens in the first two seasons, that if you aren’t already into it, it could just be something that you’re not really into and that might drive you away from it. But I would start with season three and watch the evolution of everything on hold. And then if you’re still into it after the end of the end of season seven, I would suggest either watching Rebels, which is the show that picks up after it, or to go through and watch all six movies, starting four, five, one, two, three, six. That’s how I would do it.

Josh: That’s interesting. Starting with starting with the TV show, that’s a hot take. I didn’t I didn’t see that one coming. I think if you’re over 30 and you’re getting into Star Wars I would absolutely say start with the movies. Just because it sets the groundwork, you’re old enough to appreciate the fact that this movie came out in the 70s and you’re not put off by the visual effects. Watching in that order that she said so four, five, one, two, three, six. That’s like if you’re over 30. If you’re under 30 I think she’s right. Start with Clone Wars and the animation.

As Star Wars Celebration continues Josh, Nichole and the entire team over at Broad Spectrum Nerds are celebrating Star Wars and creating their own space in a unique and profound way. The force is certainly with them.