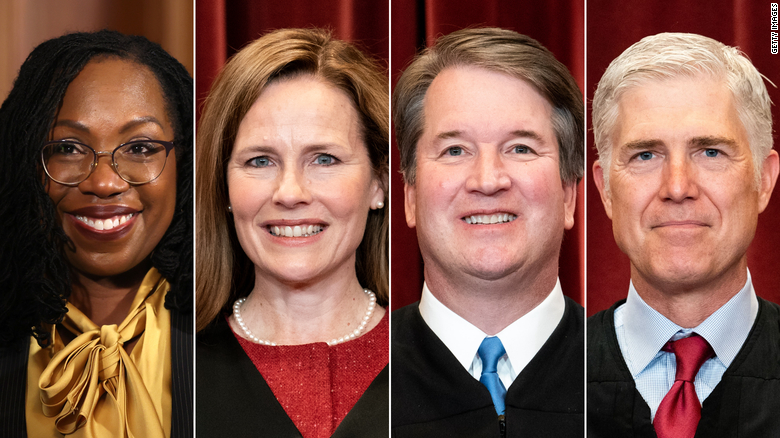 If you were born between 1965 and 1980, you’re a part of Generation X. It’s sometimes referred to as the “middle child” generation since it follows the well-known baby boomers and precedes the millennials.

Generational differences have always played a key role in U.S. politics. While millennials tend to have a more liberal outlook on the scope of government, baby boomers, like my parents, are more concerned about retirement and what they have worked so hard to protect. These differences have shaped and will continue to shape politics well into the future. A notion that leaves some people nervous and others hopeful.

With the recent confirmation of Ketanji Brown Jackson, we’ll now see five of the nine justices under the age of 65, four of them of Generation X. Many are expressing their concerns about what this will bring, mainly how transparent they will be on procedural and ethical issues. We’re not going to agree with every judgment they make. However, I see it as an opportunity for fresh perspectives and to help rethink old patterns.

Watching the confirmation hearing of Brown Jackson, it was clear that some of those old patterns are very much alive and well. Repeatedly, she was questioned about her decisions on cases and criticized for not being harsher on others. She reminded them that she rules based on the parameters which Congress has set. In other words, if they want harsher or more progressive outcomes, they need to update the conditions for which to judge. Not her problem.

When Brown Jackson officially takes her seat later this summer, she will join other Generation X-ers Amy Coney Barrett, 50, Neil Gorsuch, 54, and Brett Kavanaugh, 57. Barrett was the fifth woman to serve on the court. Gorsuch believes that the U.S. Constitution should be interpreted as it was by its original drafters. Kavanaugh has a conservative track record on hot-button issues. All three were nominated by Trump.

Generation X has had a reputation of being, well, unbothered. We grew up during the Reagan and Bush presidencies when government-bashing was normal. I can remember internalizing this negative attitude towards politics at that time. I tried to stay abreast of what was happening, and exercise my due diligence with voting. However, there were constant scandals and lies within politics that overshadowed everything happening in our world. I grew exhausted just watching the news every night. I would hear people my age saying, “What’s the point?”

We reacted to circumstances the way we perceived them to be. We saw the real problems ahead – financial, social, and even environmental. But we perceived no real leadership on the issues that concerned us. So, what did we do? We checked out.

Truth is, Generation X has enjoyed the fruits of the civil rights, women’s rights, and environmental battles forged by our parents. Let’s not forget about how we are benefiting from advancements in technology, science, and medicine. We checked back in, for sure, yet now we are faced with the financial, social, and environmental debt. So, here we are.

When the Supreme court rules on an issue, the judgment is final. The decision can be changed only by constitutional amendment, which is rare, or by a new ruling of the Court. If the Court interprets a statute, new legislative action can be taken.

What I believe we can expect from our Generation X justices is change behind the scenes. President Biden stated that his goal for the court was that it looks more like America. Well, it’s certainly getting there. White men will no longer be the majority.

The trio of Barrett, Gorsuch, and Kavanaugh disappointed Trump with their decision against his claims of executive privilege and about his reelection loss. Kudos to them for that.

Brown Jackson will bring her experience with sentencing guidelines, background as a public defender and criminal defense attorney, and years as a district judge to the Supreme Court. I don’t believe she will be quick to adopt any of Justice Breyer’s positions. She’ll have her own stance.

Together, on cases such as abortion, race in college admissions, and LGBTQ rights, they are more likely to be split down partisan lines just like the public generally is. Brown Jackson explained to the Senate committee that she had an open mind and deep respect for Supreme Court precedent. Gorsuch, Kavanaugh, and Barrett have already exercised that same sentiment when it comes to abortion rights. Their votes on these issues will likely fall exactly where their supporters and opponents predict.

I believe the Generation X justices will help to break down walls with the older and more conservative justices. Collectively, they are going to have a particular view about how issues should be addressed that may be very different from what we’ve seen in the past. This has the potential of being a very good thing. A good step toward change.