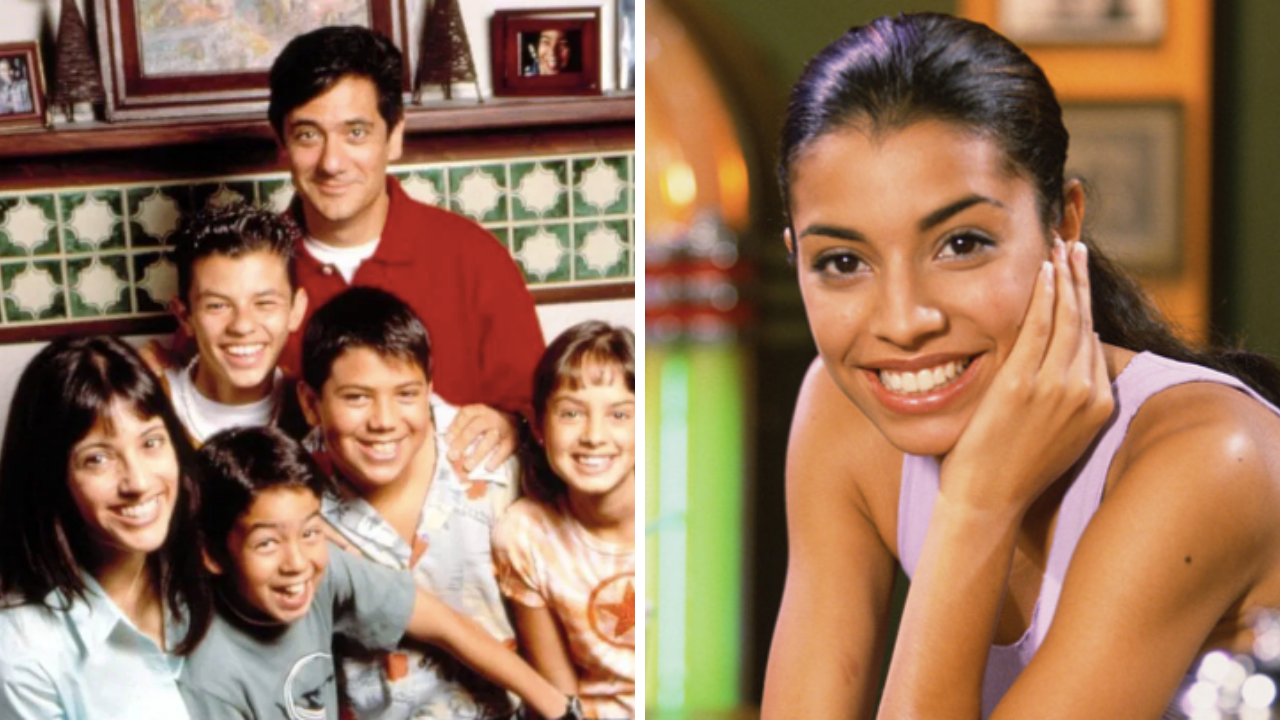 Diversity and representation are hot topics that have been circulating for a few years now. As so many of us are pushing to see ourselves on the screens and the books, I found myself considering how I was able to see a bit of myself and my family in the media.

I grew up with the dilemma of going to a school and not fitting in exactly. My name is vastly different and “hard” to pronounce, and I have parents with deep accents that no one could pinpoint. Ya know, because they were not as appealing as the English accent. I would spend my day with my American friends and be immersed in their culture before arriving home to a home filled with bi- and at times trilingual expectations that are only known by my parents and my relatives that live over 10,000 miles away. The confusion of battling cultures in me had me feeling alone. I found solace in shows that I could relate to.

After the unsettling Y2K transition came to a calm, we were gifted with wonderful shows such as The Brothers García and Taina. You’re probably wondering how these shows could be relatable to a Black girl like me. For many years, I was the only African girl anywhere; church, school, or playground, there was not another kid that could possibly understand how it feels to have a parent speak or chastise to you in a different language in front of everyone. There was a constant embarrassment that came when I noticed people staring at us.

I felt very much alone until I saw families like mine on TV. There were kids who had the problem of balancing between their family’s culture and the American one. While I did not speak nor understand a speck of Spanish, I got the context. For a good portion of my childhood, I lived in context as I quickly lost the ability to speak my mother tongue. The shows were absolutely the closest to what was considered normal for my household.

Nickelodeon with a side of Oreos made for a good day. The Brothers García had a wonderful concept of life lessons, loving family, and sibling relationships that was wrapped up nicely with the occasional cultural explanation. It honed in on the importance of family and traditions. While we didn’t have the same traditions, I got the same life lessons.

To my relief, I was not the only one getting that message. Taina was the baddest! She had me thinking that it is possible to be a first gen in the entertainment business. You know, other than the trio of official acceptable job positions: doctor, lawyer, engineer. Of course, within these two families, there were some hiccups. For example: Taina’s quinceañera was going through some loops of differing ideas between Taina and her mother on how the traditional celebration should proceed. While Taina wants to go modern, her mother is about doing things the way they did when she was younger. Tears were shed, but in the end, common ground was found. The two were able to understand each other’s point of view. That truly made me hopeful of what was possible. My whole childhood was me falling over a line that sat between my culture and being American.

One of the most common episodes for Hispanic/Latinx shows is having a child fail their Spanish test. It was true back then for my two favorite shows and also a newer show by the name of Wizards of Waverly Place. The premise is that if one of the kids fails a Spanish test, then a parent or guardian goes ham on ensuring that the kid does not forget their culture and language. When this is going on TV, it is made for entertainment.

I’ve experienced this in a way. While there is not a class in the Midwest that teaches Setswana or Zulu, there was my father who wanted to make sure that we were able to understand what he and the rest of my family are saying, as well as never forgetting our culture. It didn’t last as long as he wanted, but we certainly needed the lessons. My family spent two weeks every other year with family in South Africa. While they may speak English, that is not the only language that they spoke. Being able to communicate with my family members was a plus.

The older I got, the fewer shows I saw of these family dynamics. It was not until my adulthood that another fantastic show came along: 2017’s One Day at a Time. As an adult, this show had two dynamics that I could relate to: adult and child. Penelope Alvarez is first-gen, who has a lot to unpack with an immigrant mother and raising the second-gen of Americans. While I may not have children of my own, I understood their struggles a bit.

The show also has some political topics that are current with everything that is going on. I have taken quite a bit of time of explaining the letters of LGBTQIA to my parents. Let me not forget how my immigration status has come up frequently in the past few years, and I’ve had to inform natural citizens how the citizenship process is more complex than they think. More than I would like to admit, people have commented on how I came to the country the correct way, while I remind them what the legalities are for everyone. To this day, my mother has to deal with people claiming that they don’t understand her accent or telling her to go back to where she came from. There’s not a lot of shows that can highlight the bigotry that many families deal with in their lives, but with these shows, we have come close to it.

It may seem strange for a Black woman to state that she sees herself in shows based on Hispanic/Latinx families, but you see, these very shows have displayed the similarities through cultures and experiences. I may not understand Spanish but I understand the situation more than enough. Until there are sitcoms that have African stories that are non-stereotypical, I will sit and enjoy the sitcoms that present the diverse America that I know to be true. It is only a matter of time until I see a show that represents me fully, but until then, please bring more Hispanic/Latinx shows to the forefront.