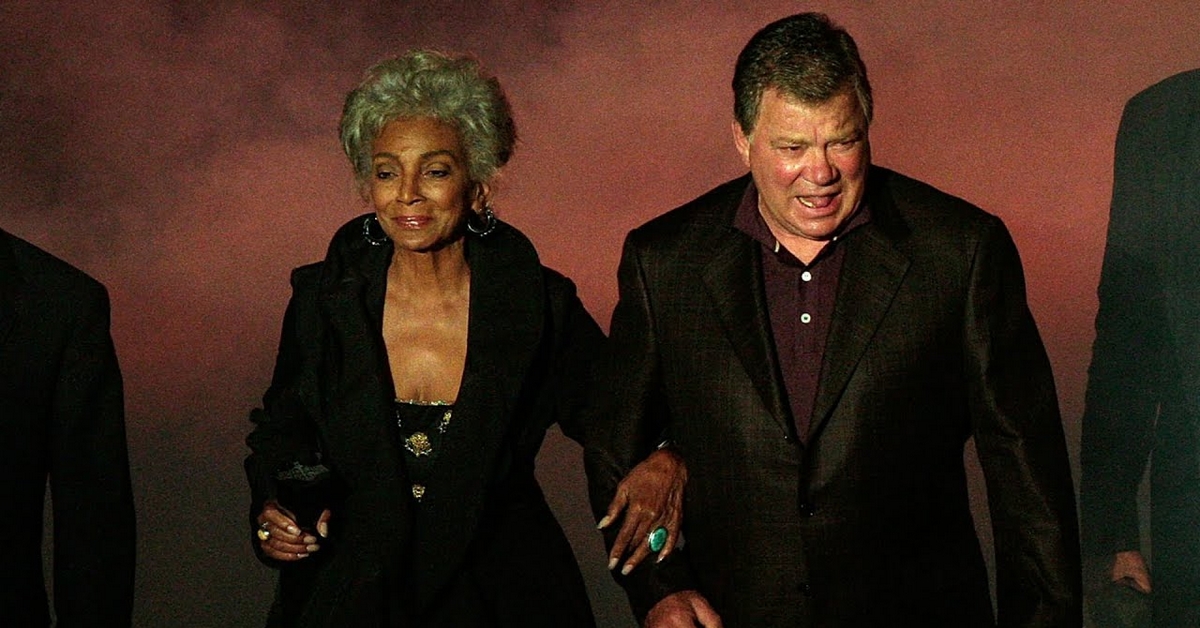 The Star Trek multimedia franchise launched with one of the best-beloved and most successful (at least in syndication) series in television history. As such, the original Star Trek has been considered by many to have had massive cultural impact, affecting many aspects of modern living especially when it comes to technology. And that’s just on the surface of things. When you scratch the surface and dig a little deeper, you would find that never in the history of television entertainment was there a story, narrative, or idea that managed to approach the issue of racial harmony and prejudice as Star Trek did in the ’70s.

Gene Roddenberry, the franchise’s creator, sold Star Trek to the National Broadcasting Company (NBC) as a classic adventure drama along the lines of a Wagon Train (then a popular Western series) to the stars. Feeling discontent with the simple “rinse-and-repeat” narratives of contemporary television entertainment, Roddenberry wanted to tell more sophisticated stories, using futuristic settings as analogies for current problems on Earth and how those problems could be rectified through humanism and optimism. As a result, Rodenberry’s Star Trek often addressed contemporary moral and social issues like discrimination, warfare, and slavery, many of which still plague our society today.

Star Trek also featured an incredibly diverse cast of actors at the time, including an African-American woman Uhura (portrayed by Nichelle Nichol), a Scotsman Montgomery Scott, an Asian man Hikaru Sulu, and most notably, a human/alien hybrid Spock. In addition, wanting to reflect on the contemporary Cold War, Roddenberry added a Russian crew member Pavel Chekov to the USS Enterprise.

Star Trek’s contribution to television history, primarily in America, included casting Nichelle Nichols as Nyota Uhura, the ship’s Black translator and communications officer who specialized in linguistics, cryptography, and philology. As such, Nichols was one of the first Black female actors to portray a non-menial role in an American television series, which was unheard of at the time, given such actors were almost always cast as servants. However, as significant as Nichols’ casting was, it pales in comparison to the first interracial kiss between a white man and an African-American woman, which the series brought to a then very conservative American television viewing audience.

Admittedly, the record does show, there had been other instances of interracial kisses, in television history. For example, in 1957’s Emergency Ward 10, a British medical soap opera, featured a kissing scene between an African-American woman and a white man, while a television play You in Your Small Corner, aired in 1962 on British television, featured the first interracial kiss between a Black man and a white woman. 1965’s I Spy also had a scripted, unedited interracial kiss between a white man and a Vietnamese woman. But none of them would gain the controversy and attention that Nichelle Nichols and William Shatner’s did. But why was it so controversial? And how exactly did Nichelle Nichols redefine television history with a kiss?

Well, the first interracial kiss on American television is credited to “Plato’s Stepchildren,” the tenth episode of the third season of Star Trek. Four crew members of the Enterprise, including Uhura and Captain Kirk (William Shatner), are beamed down to an alien planet in response to a distress call sent by the aliens who worship the Greek philosopher Plato. Through a series of events, the Platonians use their telekinetic powers to humiliate Captain Kirk for disobeying them and compel him and Uhura to embrace. Each character tries to resist, but eventually, under the influence of the Platonians, Kirk tilts Uhura back and the two kiss. The kiss itself wasn’t a romantic one, but in 1968, when “Plato’s Stepchildren” aired, showing a Black woman kissing a white man, or vice versa, was a daring move.

In 1968, there was still a strong taboo against interracial relationships and marriage. The NBC executives feared that the kiss might anger Southern viewers, and insisted that Shatner and Nichols turn their heads away from the camera to present the illusion of the kiss, meaning that the scene wasn’t a proper kiss. However, the scene was meant to be filmed with and without the kiss anyway so that the network could later decide whether to air the kiss. But Nichols and Shatner chose to disobey the NBC directive and deliberately ruined every take without the kiss so that the alternate angle shot couldn’t be used.

According to Nichols’ writing, the screening of the daily shots of the kissing scene was hilarious. Everyone watched as Kirk and Uhura kissed several times. However, everyone started laughing when the non-kissing scene came on, as it revealed Shatner hugging Uhura while directly looking into the camera with his eyes wildly crossed. Since the non-kissing scenes were basically unusable, the only alternative was to cut out the entire scene altogether — which would ruin the whole episode. So, the NBC directors decided to go with the kiss, partially due to Shatner’s on-screen shenanigans and partly because they were convinced the show was getting canceled anyway, due to poor initial ratings. So, the kiss stayed.

But what’s referred to as American television’s first interracial kiss wasn’t exactly the first interracial kiss in the most accurate meaning of the term. Star Trek featured numerous interethnic or interracial kisses, but none of those scenes involved African-Americans. So, it’s clear that the previously mentioned taboo against interracial relationships and intimacy was greatest when it involved white people and African-Americans. Despite the United States Supreme Court ruling that laws that forbade interracial marriage were unconstitutional, many Americans, primarily but not exclusively white people, still believed that sexual unions between those of different races, whether formalized by marriage or not, were unnatural and unhealthy.

So, it’s pretty understandable how an interracial kiss on national television, between two well-known actors, would nonetheless send ripples through American society and become one of pop culture’s most significant statements for American racial harmony and unification — and a powerful strike against Jim Crow era thinking. Moreover, the kiss itself garnered quite the attention and fan response, which was very positive.

It’s worth noting that NBC executives weren’t initially keen on developing Uhura as a character, and Nichols considered quitting Star Trek. She disclosed her considerations about leaving the show to Dr. Martin Luther King Jr., whom she met at a civil rights meeting. Dr. King, a Star Trek fan and a fan of Nichols’ work, dissuaded her by stating that she has not only the first non-stereotypical role on television but also a quality role — a role which made people see African-Americans the way they’re supposed to, “on an equal basis, and on a level of dignity and authority and with the highest of qualification” (said by Dr. King to Nichols during their conversation).

Gene Roddenberry cried after Nichols told him of King’s words, and the actor herself remained on the show until it was canceled following the conclusion of its third season, which brought us “Plato’s Stepchildren” — an episode in which Nichelle Nichols redefined television history with a kiss.