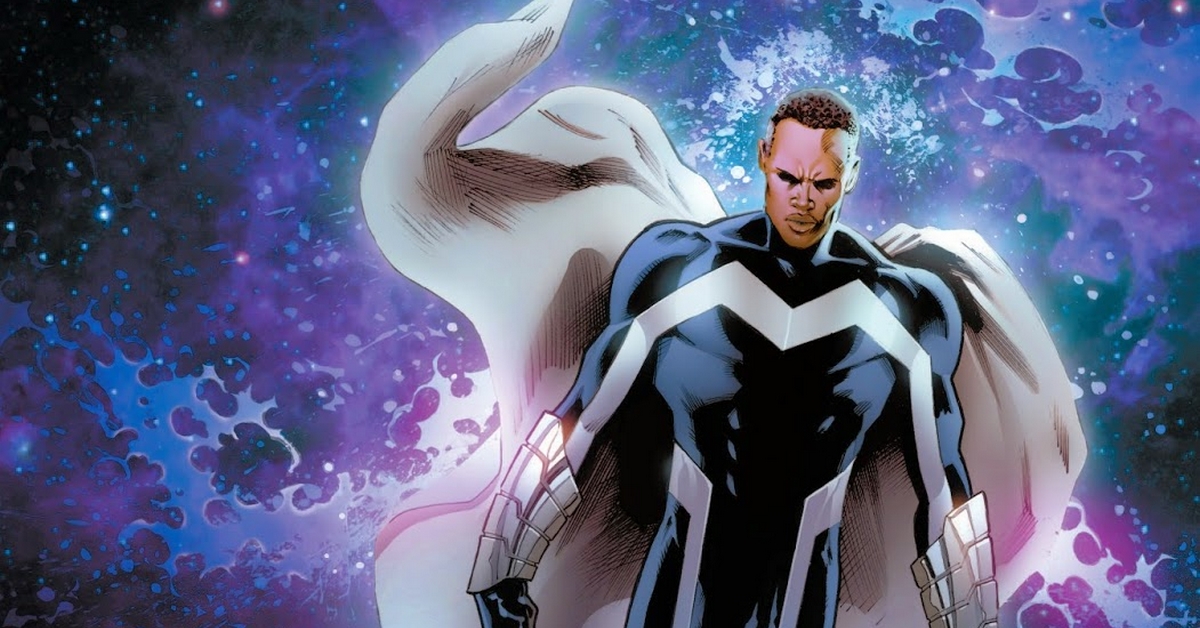 Marvel’s Adam Brashear is, in many ways, Marvel’s answer to DC Comic’s Superman. Admittedly, one of the most recent additions to Marvel’s roster of characters, Adam Brashear’s Blue Marvel, is, chronologically, the very first Black superhero — preceding even T’Challa’s Black Panther. But when it comes to superhuman abilities, well, that’s where he shines.

Adam Brashear’s Blue Marvel is, objectively, one of the strongest characters in the Marvel Universe. For example, not only is he capable of lifting excess of 100 tons, Blue Marvel (also a living stable antimatter generator) is also capable of generating stable event horizons. But most importantly of all, the Earth-616 iteration of the character could be the strongest of them all, as he managed to defeat a threat that killed other iterations across infinite universes.

So, just how strong is Adam Brashear’s Blue Marvel in the comics 616 continuity? And could he really take on DC Comics’ Superman? Well, to answer those questions correctly, we’ll have to dive into the comic book history of Blue Marvel.

Dr. Adam Brasher, also known as the Blue Marvel, first appeared in 2008’s five-issue miniseries Adam: Legend of the Blue Marvel, but chronologically speaking, his story begins much earlier. Adam was born in Chicago, Illinois, though the exact date and year of his birth weren’t mentioned in the comics. However, he is a veteran of the Korean War, 1950–1953, which offers some insight into his age, suggesting that he couldn’t have been born past 1935. Regardless, Adam was a former fullback at Cornell University, where he got his Ph.D. in electrical engineering and theoretical physics.

After the war, Brasher became a project lead on a scientific attempt to harness antimatter via a negative reactor that would allow for an almost unlimited source of clean energy drawn from event horizons balanced between positive and negative universes. However, due to an unexpected explosion of the reactor, both Brasher and his friend from the Korean War, Conner Sims, were subjected to mutagenic radiation generated by the unstable event horizon caused by the reactor malfunction. As a result, Brashear became a stable antimatter reactor and developed superhuman abilities that are potentially incalculable, putting him in the same strength category as the Hulk and Thor — perhaps even stronger.

His powers include everything one might expect from a superhero who is both an antimatter generator and reactor. That includes superhuman strength, as he’s capable of effortlessly moving an asteroid “easily the size of Arkansas,” splitting the Moon in two with a single blow, and casually overpowering Iron Man, Ares, Wonder Man, and Ms. Marvel in simultaneous combat. Not to mention he was able to defeat King Hyperion — a villain from Earth-4023 who slaughtered other incarnations of Blue Marvel as well as other incarnations of Thors, Hulks, Sentries, and Eternals. So, it would stand to reason that Earth-616’s Blue Marvel perhaps possesses the highest levels of combat readiness.

Superhuman strength is paired with almost total invulnerability; our hero managed to survive numerous hydrogen and nuclear bomb explosions unfazed, while he’s also capable of breathing and staying in the vacuum of space. But perhaps his biggest superpower is antimatter manipulation, which allows him to absorb and generate vast amounts of antimatter energy, a gram of which has the power of a Hiroshima bomb, and use it for various effects. This includes firing bolts of concussive force from his hands, generating energy pulses and force fields. It also enables him to manipulate gravitons, magnetic fields, and absolute molecular movement, granting him superhuman speed and above-supersonic flight.

In the Mighty Avengers series, Blue Marvel used matter manipulation to heal Monica Rambeau’s Spectrum after she was infected with antiphotons from Proxima Midnight’s spear. Blue Marvel infused Monica’s body with additional photons, which burned out the infection and significantly augmented Monica’s powers. This indicates that he’s capable of rearranging and creating new particles, such as photons. It’s worth noting that Adam Brashear’s Blue Marvel and Monica Rambeau’s Spectrum explored romantic feelings towards each other during the Eternity War arc in the Avengers comic book, despite him being significantly older than Monica. With that said, Brashear isn’t immortal; he just ages much slower and lives much longer than ordinary human beings.

His other abilities include enhanced mental perception and hyper-cosmic awareness, paired with super-genius intelligence that matches the intellect of Doctor Doom. In addition, before he was exposed to the antimatter explosion, Brashear received both armed and unarmed combat training during his time with the US Marines.

Adam Brashear’s Blue Marvel was based on the concept of Superman. However, his creator, Kevin Grevioux, intentionally conceptualized a Black Superman-type character placed in the ’60s. And according to comic book lore, Black Adam was asked to withdraw to retirement by President John F. Kennedy after the public had discovered that the man behind the Blue Marvel suit (and full-face helmet at the time) was, in fact, African American. Unfortunately, the America of 1962 was too racist to accept a Black superhuman, so the President decided to ask Adam to step back — and Blue Marvel conceded.

It was a clever reflection upon American history of the ’60s and racial segregation of the time. Just one year after Blue Marvel’s debut in 2008, DC Comics came up with their response to a Black superman by introducing Calvin Ellis, a Black Kal-El/Superman. This brings us back to one of our initial questions: Is Blue Marvel stronger than DC’s Superman?

Comparing the two comic book universes, it would seem that both characters feature essentially the same levels of power in terms of strength and speed. Of course, Blue Marvel benefits from fighting skills acquired through intensive military training, which Kal-El clearly lacks, given that he grew up on a farm. Additionally, Blue Marvel’s matter manipulation allows him to, at least theoretically, transmute any element into Kryptonite, which he can use to easily overpower Superman. Unfortunately for Superman, he can’t manipulate other elements into Neutronium, which is basically Blue Marvel’s Kryptonite. However, if he ever managed to obtain some, he could potentially defeat Blue Marvel.

So, it would seem that Earth-616’s Blue Marvel is an exceptionally powerful character, more powerful than his counterparts from other universes. Given the appearances of Captain Marvel in the MCU’s Infinity Saga and later appearances of Monica Rambeau in WandaVision, the appearance of Blue Marvel in future MCU releases wouldn’t be all that surprising. But, in the end, Adam and Monica were a thing, and there are some speculations regarding the current casting call for a male actor between the ages of 20 to 30 to play a supporting role in the upcoming Captain Marvel 2. Perhaps a cameo or a post-credits scene? Maybe even a full-blown introduction, just like Chadwick Boseman’s Black Panther had in 2016’s Captain America: Civil War.