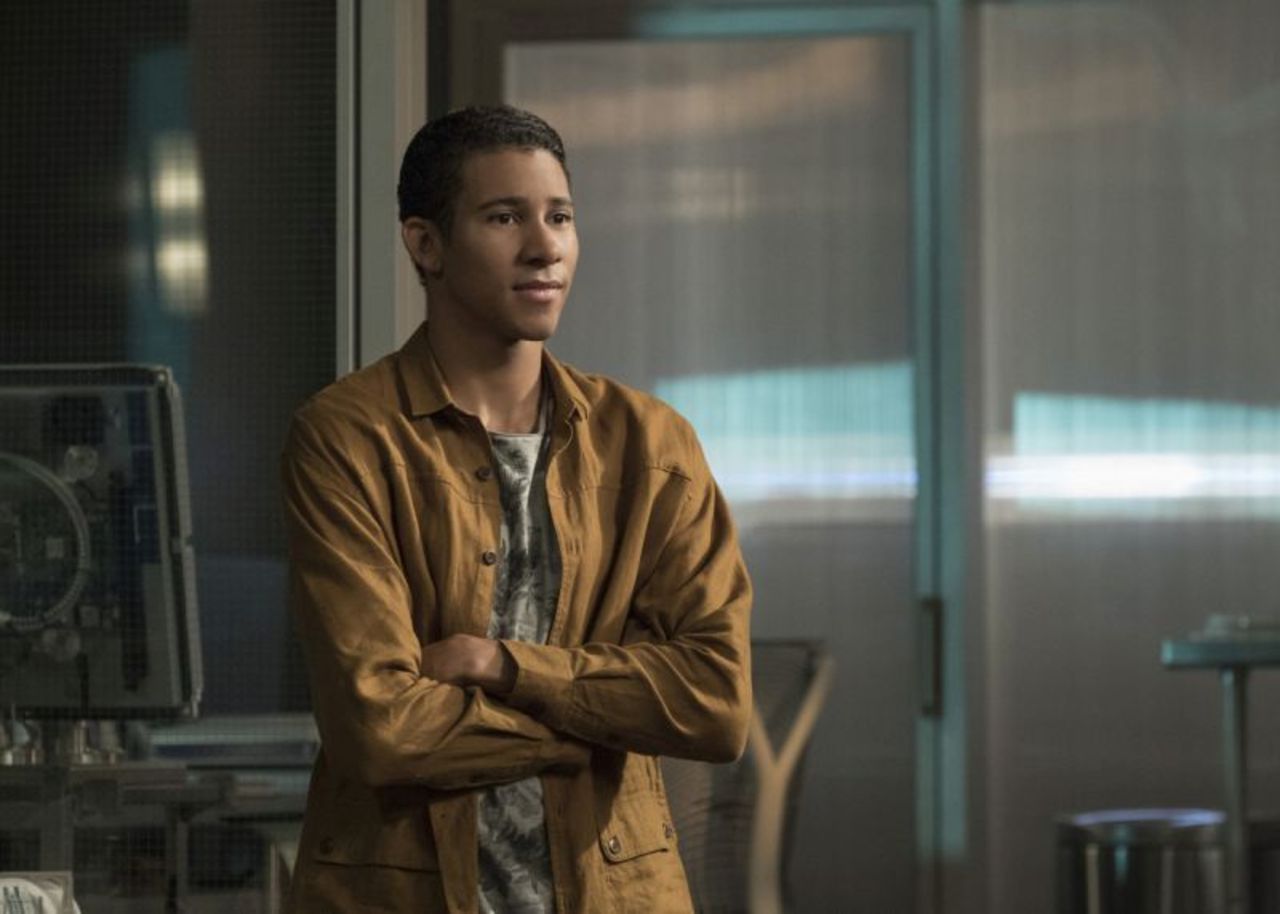 While the third episode of Season 4 of The Flash continued with its upbeat humor and flair, it had one major issue: the handling of Wally West. Wally has been underutilized as a speedster for some time now on The CW series, and the most recent episode of The Flash was no different. Between being a peripheral character for most seasons, and getting his butt whooped in almost every fight, Wally West has played second fiddle to many of the characters on the show. Of course, The Flash is supposed to be about Barry Allen and his adventures, however, the treatment of Wally West has largely been one that undeniably sucks. So, even though the first two episodes of Season 4 of The Flash were enjoyable to watch, its third episode deserves some negative points for the Wally West situation. Here are the highlights from “Luck be a Lady.”

Wally West Gets Dumped in More Ways than One.

Holograms must be the lamest way to get dumped, a fact Wally West learns early in the episode. While waiting for Jesse Quick to arrive on Earth -1 from Earth-2 for a date, Wally is greeted by a grim looking HR Well. Wells presents Wally with a holographic cube with the breakup message, “It’s me, not you” as Team Flash looks on. Wally is obviously embarrassed and confused by the holographic breakup with Jesse and fortunately, the awkward moment is interrupted by Star Lab’s meta-human alarm.

The fact that Jesse Quick felt like it was appropriate to send her dad to Earth-1 to let Wally know that their relationship was over is frustrating. Jesse’s breakup with Wally was impersonal, and the way she handled things seemed out of character. In previous seasons, she came off as a good communicator and valued her relationship with Team Flash. But this, this just seemed unnecessarily cruel. Sure, it could just be a cultural difference as holographic breakup boxes are popular back on Earth-2 (as explained by Wells). However, Jesse lived on Wally’s Earth for some time and would know that it would be inappropriate to end things this way. If you’re going to break up with someone because it’s you, not them, shouldn’t it be face to face? When did Jesse Quick become such a jerk? Doesn’t Wally deserve better than this?

For most of The Flash seasons, the character development of Wally West has been lackluster. Sure, there was episode 15 of Season 3, but even then, Wally has had the short end of the stick. Presently, we don’t know if he’s still in school or where he lives. We don’t know if he is still dealing with the aftermath of being trapped in Speed Force Hell where he had to witness his mother dying repeatedly. His dating life is foggy too (have he and Jesse been having problems for some time now?), which is why when he gets dumped via hologram, it’s a slap in the face.

The Wally West dumping scene was bad enough in “Luck be a Lady,” but to add insult to injury, Wally was missing for much of the episode. And guess what? No one on Team Flash noticed his absence; a fact that Wally mentions when he pops up at the end of the show. Wally ends up leaving Team Flash and no one tries to stop him. Why is this? Is he not a valued member of the team? Shouldn’t they have told him how they value him? Instead, folks are like, “That’s cool,” and continue with their wedding planning, welcoming HR Wells back on the team, and having Wally West replacement babies (Joe and Camille are pregnant). Damn. Wally not only got dumped by his girlfriend but by the show itself.

“Becky” with the Bad Luck

While this episode opened with The Thinker narrating the unfortunate life of the episode’s antagonist, Rebecca “Becky” Sharpe (Sugar Lyn Beard), this week’s meta-human was more annoying than threatening. Becky aka the unluckiest woman in the world is a train wreck. As we watch her deal with unfortunate event after unfortunate event, we listen as The Thinker refers to her as Subject Two, stating that her low confidence will make her easy to manipulate. After losing her job while being sexually harassed by a customer in a casino (this was a weird scene that should have been treated seriously), Becky boards a bus that is eventually exposed to dark matter when Barry exited the Speed Force. The dark matter allows Becky to be reborn as a meta-human with the ability to give bad luck to others and good luck to herself. Becky proceeds to do things like rob banks and cause freak accidents. She loves her new-found luck, and as she kills everyone’s good vibes with her meta-powers, her grating giggles are enough to make you want to click to the next channel. It’s hard to handle. Team Flash would seem to agree as they spent much of the episode trying to avoid her bad luck. When they finally succeed in capturing her, it’s thanks to Wells who is back on Team Flash after being kicked off of Jesse Quick’s team. As the episode comes to an end, Becky’s capture by Team Flash, albeit earlier than expected, is just what The Thinker wanted. What is dude up to?

While there were a few comedic scenes sprinkled throughout the episode, one of the best ones belonged to Candice Patton’s Iris West. Afraid that Becky’s bad luck was responsible for delaying her and Barry’s nuptials, Iris tries to take things into her own hands. Outfitted in a very cute white dress, she tells Barry to meet her at a church. Upon arriving, Barry observes that a funeral is taking place and infers that they are there for the funeral. Except they aren’t. Iris wants to grab the priest right after the funeral and have him marry her and Barry. Of course, it doesn’t work out, but it was of funny to watch.