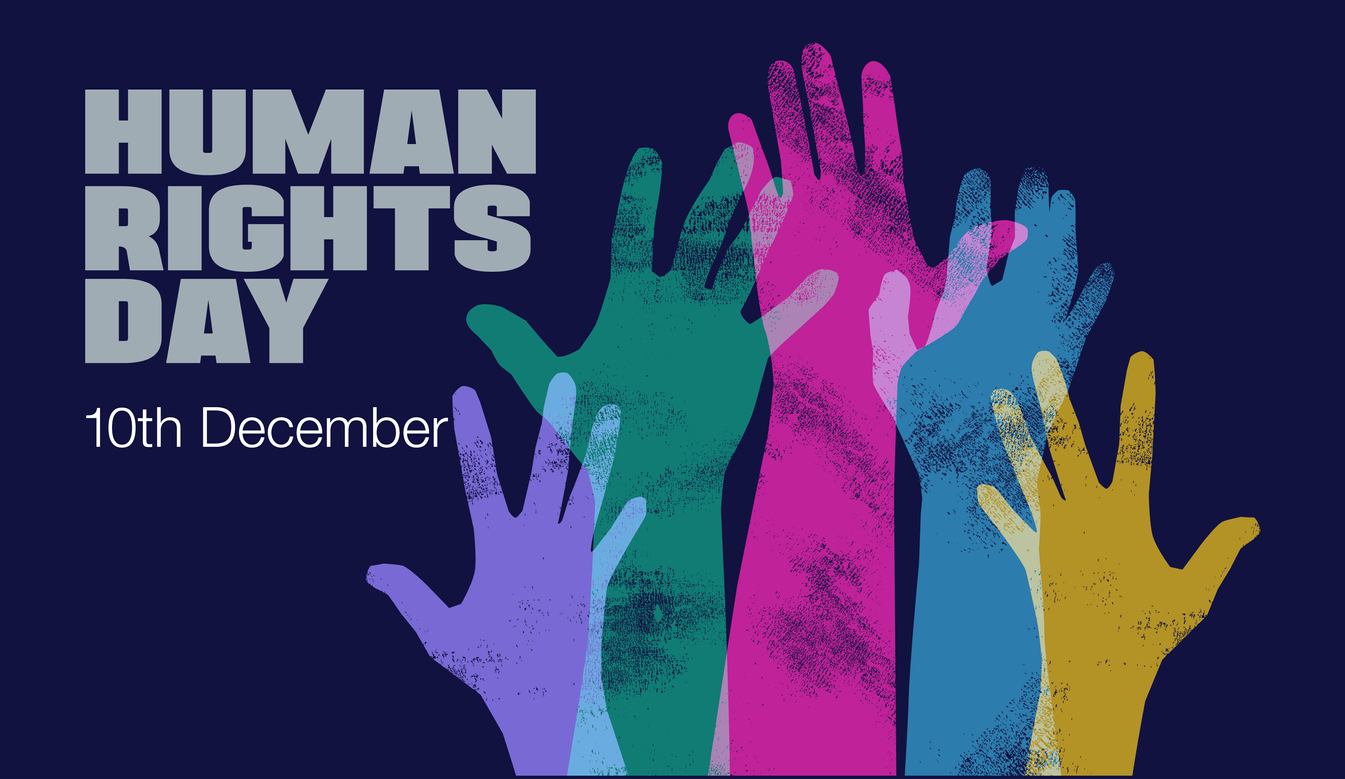 “Where, after all do universal human rights begin? In small places, close to home — so close and so small that they cannot be seen on any maps of the world. Unless these rights have meaning there, they have little meaning anywhere. Without concerted citizen action to uphold them close to home, we shall look in vain for progress in the larger world” (Eleanor Roosevelt).

Human Rights Day is observed every year on December 10 to commemorate the day in which the UDHR was adopted. The document outlines thirty rights that we are all entitled to as human beings. This year, the theme is “Equality: Reducing Inequalities, Advancing Human Rights.” Among the rights that are outlined, there are five that set the foundation for a human rights–based economy.

Everyone has the right to food. It should go without saying that everyone has the right to food, but we know resources and opportunity are not equitable in the United States. Despite its being the richest country in the world, hunger is one of the most overwhelming challenges it faces. According to the USDA, more than 38 million people, including 12 million children, in the United States are food insecure. The pandemic has increased this challenge, especially in communities of color, due to systemic racism. In order to achieve a hunger-free world, we have to first admit to the causes of hunger and injustice.

Everyone has the right to education. Over the years, I have heard people say that education is a privilege. The UDHR disagrees, as it says education should be a human right provided at no cost and free of any discrimination. Our society actually benefits from education, and it is a powerful tool for social and economic development. It ensures human dignity. For example, being able to read means that people can find directions, understand labels on medication and food, help their children with homework, and cast their vote in an election.

Everyone has the right to employment. People have the right to be safe and not be harassed or treated unfairly when at work. We shouldn’t be discriminated against due to race, gender, disability, or age. Pregnant women shouldn’t have to be forced to take lesser positions in the company, along with lesser pay. Human rights discrimination regarding pay, overtime, working hours, holidays, benefits, layoffs, dismissal/termination, discipline, and performance are all prohibited under the Human Rights Code.

Everyone has the right to freedom. The Human Rights Act states that every person has the right to liberty and security. A person who is arrested or detained is entitled to certain minimum rights. They also have a right to be brought to a trial without unreasonable delay.

In 1995 during the United Nations World Conference in Beijing, Hillary Clinton’s speech further emphasized Eleanor Roosevelt’s words: “Human rights are women’s rights, and women’s rights are human rights.” Here we are in 2021, still shouting it louder than ever.

Writer and activist W.E.B. Du Bois worked with a team of professionals to develop a brief explaining the status of Black people in America, stressing that civil rights are human rights. This document was submitted to the human rights division of the United Nations in 1947. He questioned how a government determined to lead the free world could ignore racism. He argued that segregation led to a violation of the human rights of Black people.

After the May 2020 murder of George Floyd, there was a plan to take the case to the United Nations Human Rights Council. The report summary stated, “In response to the awful killing of George Floyd in the US, Black Lives Matter protests in the UK have highlighted once again the racism and inequality that exists here. Racial inequalities in the protection of human rights raised by the Black Lives Matter movement led this Committee to commission polling, which found that over three quarters of Black people in the UK do not believe their human rights are equally protected compared to white people.”

How can you celebrate Human Rights Day?

The best way to uphold this important day is to support what you care about and believe in. This can be volunteering your time or donating money to causes that support human rights. You can also listen to someone’s story that may not look like yours. Your own city is full of diverse cultures that you can learn more about. When we can acknowledge and respect one another, we can stand together. Support is empowering. This can create change in the workplace, schools, and everyday life.

I believe that Human Rights Day reminds us that every person has dignity and value. One of the ways that we can recognize the worth of every person is by acknowledging and respecting their human rights. In order to reduce inequalities, we have to first acknowledge they exist and be willing to close the gaps that have plagued us for years. Our world is divided based on race, religion, class, gender, and more. We spend so much time divided over what makes us different that we fail to see those are the things that make us strong. Human rights are for everyone — men and women, young and old, rich and poor, regardless of where we live or what we believe.