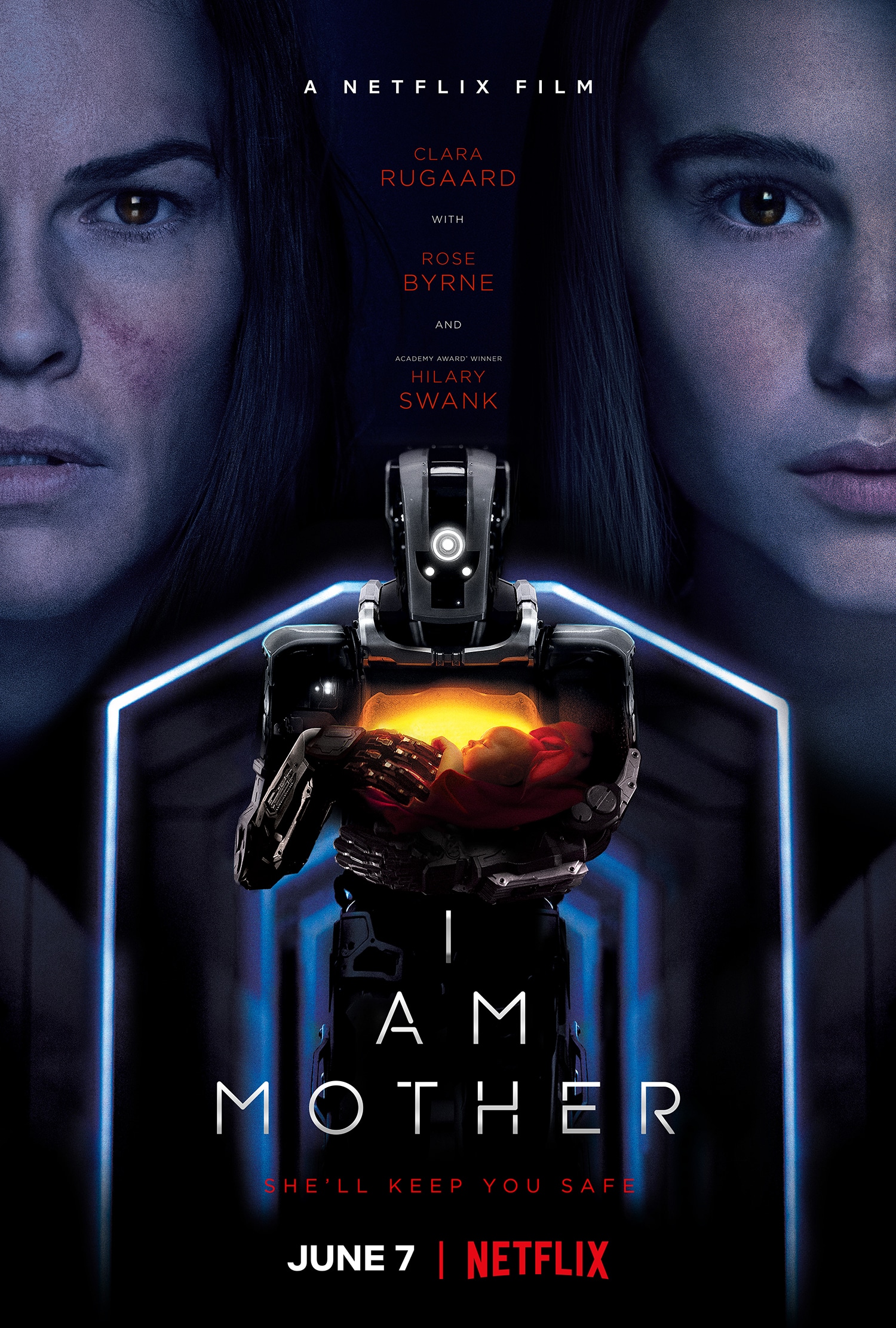 Just in time for Mother’s Day weekend, comes the new trailer for the sci-fi thriller involving a daughter and her robotic-turned-psychotic mother in the Netflix film I am Mother.

The sci-fi thriller is about a teenage girl (Clara Rugaard), who is the first of a new generation of humans to be raised by Mother (Rose Byrne), a robot designed to repopulate the earth after the extinction of humankind. But the pair’s unique relationship is threatened when an injured stranger (Hilary Swank) arrives with news that calls into question everything Daughter has been told about the outside world and her Mother’s intentions.

The film stars two-time Oscar-winning actor Hilary Swank, Clara Rugaard, and Rose Byrne, I Am Mother is produced by Timothy White and Kelvin Munro, with a screenplay by Michael Lloyd Green, based on a story by director Grant Sputore and Michael Lloyd Green.

I Am Mother arrives on Netflix June 7th.