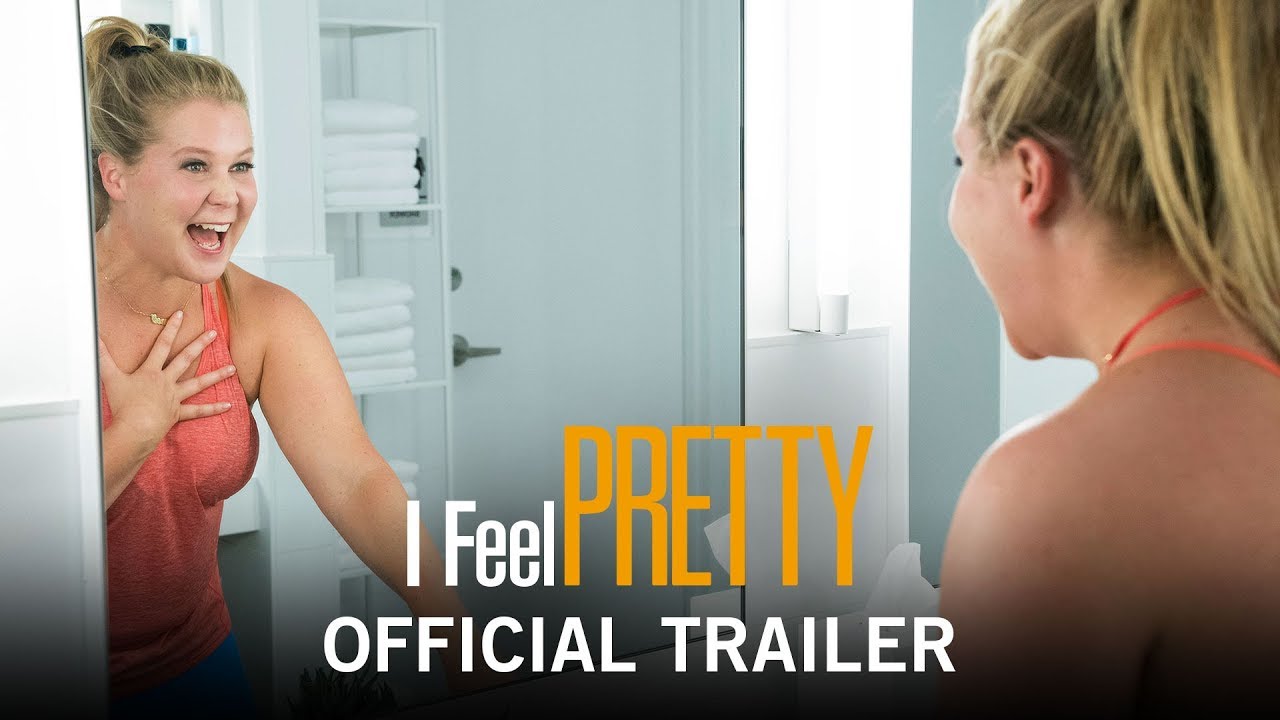 The first thing I felt in the first ten seconds of the I Feel Pretty trailer showing us Amy Schumer’s new movie directed by Zach Silverstein and Abby Kohn, was fear. I was afraid that this movie was a reboot of the 2001 Farrelly Brothers farce Shallow Hal. The film starred a skeevy Hal, played by Jack Black, and Gwyneth Paltrow in a fat suit. They had a similar premise, but Schumer’s is coming from the feminine point of view, with a message about confidence for the audience. The Farrelly Brothers tried to hide behind a cause too, the concept of inner beauty.

Maybe someone affiliated with Schumer should have watched Shallow Hal. We could have avoided birthing another tone-deaf display of privilege into the world.

In the trailer for I Feel Pretty, Schumer is joined by some well-known actors as they attempt to sell the idea of a change in one’s perception occurring after a bump on the head in a Soul Cycle class (a LOT to unpack there, but I’ll save it for the movie review). We are supposed to believe the the character was ugly and fat before the accident, when she was only a plainly dressed, light-makeup-wearing mousey girl with a little jiggle in her belly. It’s as if all it takes is a mental shift in the female brain, some changes to her clothes, slightly more makeup, and a hairdo, to make her see herself as beautiful. This manner of explaining to girls that “it’s all in their head” is dangerous, and so is this narrative. I must also point out that it easier to believe Clark Kent was Superman than to believe Schumer was fat and ugly before her half-assed “transformation”.

The confidence that she gets makes her see a skinnier and less frumpy vision in the mirror, a vision that is allegedly different from her actual reflection. This means that her transformation is perception-based, that her point of view was changed but nobody else sees what she is seeing. The premise is atrocious, and still perpetuates the message that women must be skinny—the exact opposite of the body positivity that Schumer tried and failed to project.

This film is a reincarnation of Shallow Hal that nobody asked for. In that film, Hal is a womanizer who gets hypnotized by a magician. The hypnotherapy helps Hal see the inner beauty of everyone he comes in contact with, especially the women. Gwyneth does spend a lot of time in a fat suit, doing stereotypical things that fat girls like me allegedly do. Hal also sees the inner beauty of disabled people. The result is an erasure of people of certain body types, abilities, and other attributes.

The I Feel Pretty trailer offers little more than a flashback to an even more atrocious film that tried this same premise over a decade ago. It’s a reminder that rich, white, cis privilege is still gatekeeping, and the fact that Hollywood needs a newer, more diverse slate of directors and writers.

The Cast of ‘Life & Beth’ on Growing up and Moving Forward