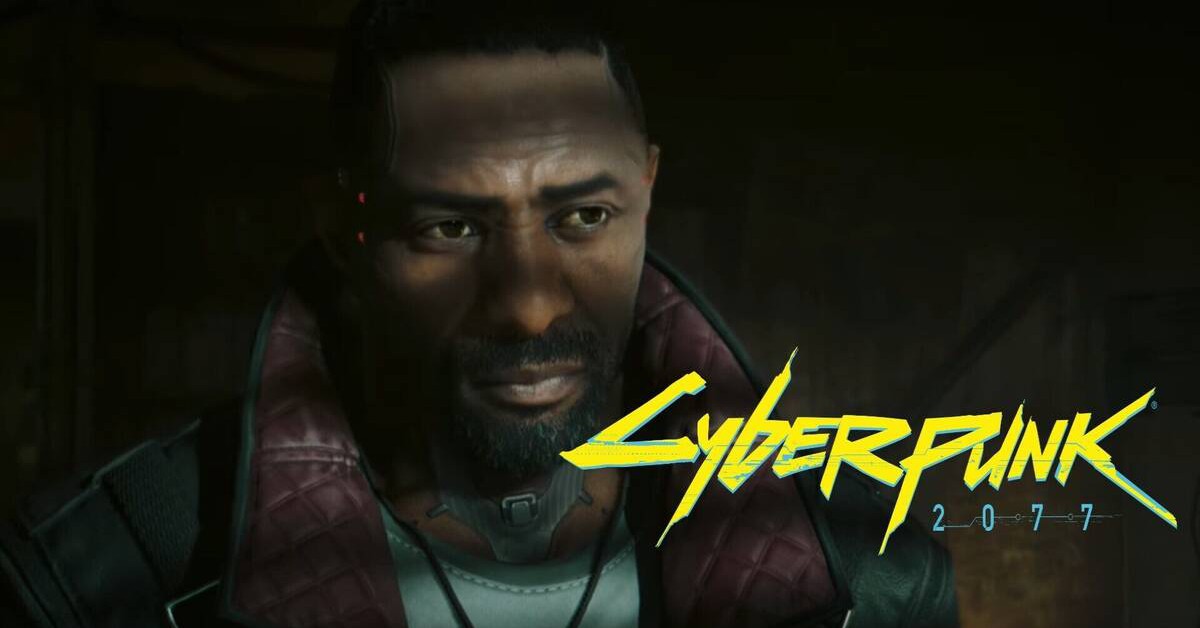 Following the announcement of an expansion for the controversial Cyberpunk 2077, titled Phantom Liberty, the game’s developer CD Projekt RED (CDRP), revealed a major addition to the game’s cast: the star of The Beast, Idris Elba. The announcement regarding Elba’s involvement in the franchise came as a massive surprise to the audiences at last year’s Game Awards 2022 — the same event which saw Christopher Judge win the award for Best Performance for his portrayal of Kratos in 2022’s God of War Ragnarok.

Elba is set to portray an FIA Agent Solomon Reed, seemingly operating on behalf of the New United States of America. Unfortunately, nothing is currently known about the character he’s set to portray or whether Solomon Reed is a friend, a foe, or an anti-hero within the game’s narrative. So, we’re left to wonder about the role this enigmatic new character will have in the upcoming Phantom Liberty. However, we have no doubts that Idris Elba will perform marvelously, given his performance in Luther, for which he received several awards.

In fact, many would argue that Idris Elba is a perfect choice for the role of a detective in Phantom Liberty due to his imposing presence and authoritative voice. These qualities would complement the role of an agent in the service of an authoritarian state. Elba certainly has the range to pull this role off, considering his portrayal of Luther, a morally complex detective, and Russel Stringer Bell (The Wire), an extremely intelligent, pragmatic, and highly professional drug kingpin. Unfortunately, nothing much is known about the character, but given Elba’s popularity, Solomon Reed is likely to play a key role in the expansion’s narrative.

Though a veteran actor credited with numerous cinematic releases, Elba’s gaming portfolio is rather thin. The actor has provided voice work for Truck, a non-player character from 2011’s Call of Duty Modern Warfare, which launched for Microsoft Windows, PlayStation 3, and Xbox 360. However, years of experience in live-action films, paired with some voice acting work, should be more than enough to comfortably get him through performance motion capture and match moving.

Cyberpunk 2077 Phantom Liberty still doesn’t have a precise release date other than the year 2023. And though the fandom is expecting an announcement of a more precise release date, or at least a narrower release window, this isn’t the first time CDPR has been vague about their upcoming release. To paint a better picture to those not in the know, let’s remember the controversies unleashed by Cyberpunk 2077’s beleaguered launch and post-launch issues that have cost CDPR more than $1.8 million in settlements.

Released after nearly a decade of development, 2020’s highly-anticipated epic sci-fi role-playing game Cyberpunk 2077 now stands as a cautionary tale for gaming developers, attesting to the fact that the game can either make or break a gaming studio. The game was released on December 10, 2020, with fantastic initial reviews. However, in the days following its release, the game-breaking problems in the game’s console versions (PlayStation 4 and Xbox One) reared their ugly heads, and the PC version soon followed.

It turned out that, even after nearly a decade in development, Cyberpunk 2077 was in such a bad condition that gamers demanded refunds. CDPR never implemented refund policies, so no adequate immediate recompense was possible. Most digital storefronts removed the game from sales. The bad state of the game caused a massive drop in the player count, which caused CDPR’s stock price to go down by more than 65%. This prompted class-action lawsuits that resulted in the aforementioned settlement sums.

So, why would Elba want to join a failing video game? Well, following the fiasco surrounding the game’s launch, CDPR promised to fix the game, and nearly after two years, Cyberpunk 2077 is in the best state it has ever been. It’s worlds apart from the stitched-up abomination that the gaming community received two years ago. Paired with the recently released and well-received Netflix animated series based on the game, players have flocked back to Cyberpunk 2077, and its gaming community now counts millions.

With both the game and Idris Elba currently at the height of their fame, joining the two together is something that the gaming community and cinematography fans would like to see. Given Elba’s popularity among the movie-going masses, his non-gaming fans might finally give gaming a shot and join the gaming community in conquering Night City, a place fraught with cybernetic enhancements, newly sentient AI, and soon-to-arrive Solomon Reed.

In the end, Cyberpunk 2077 isn’t a stranger to Hollywood stars since the base game already features Keanu Reeves and Johnny Silverhand — an anti-hero and the game’s main deuteragonist. Some fans suggest that Johnny’s role in the upcoming DLC’s narrative is likely to be diminished, so it’s entirely possible for Idris Elba’s Solomon Reed to take his role.

Idris Elba Fights For His Family in ‘Beast’