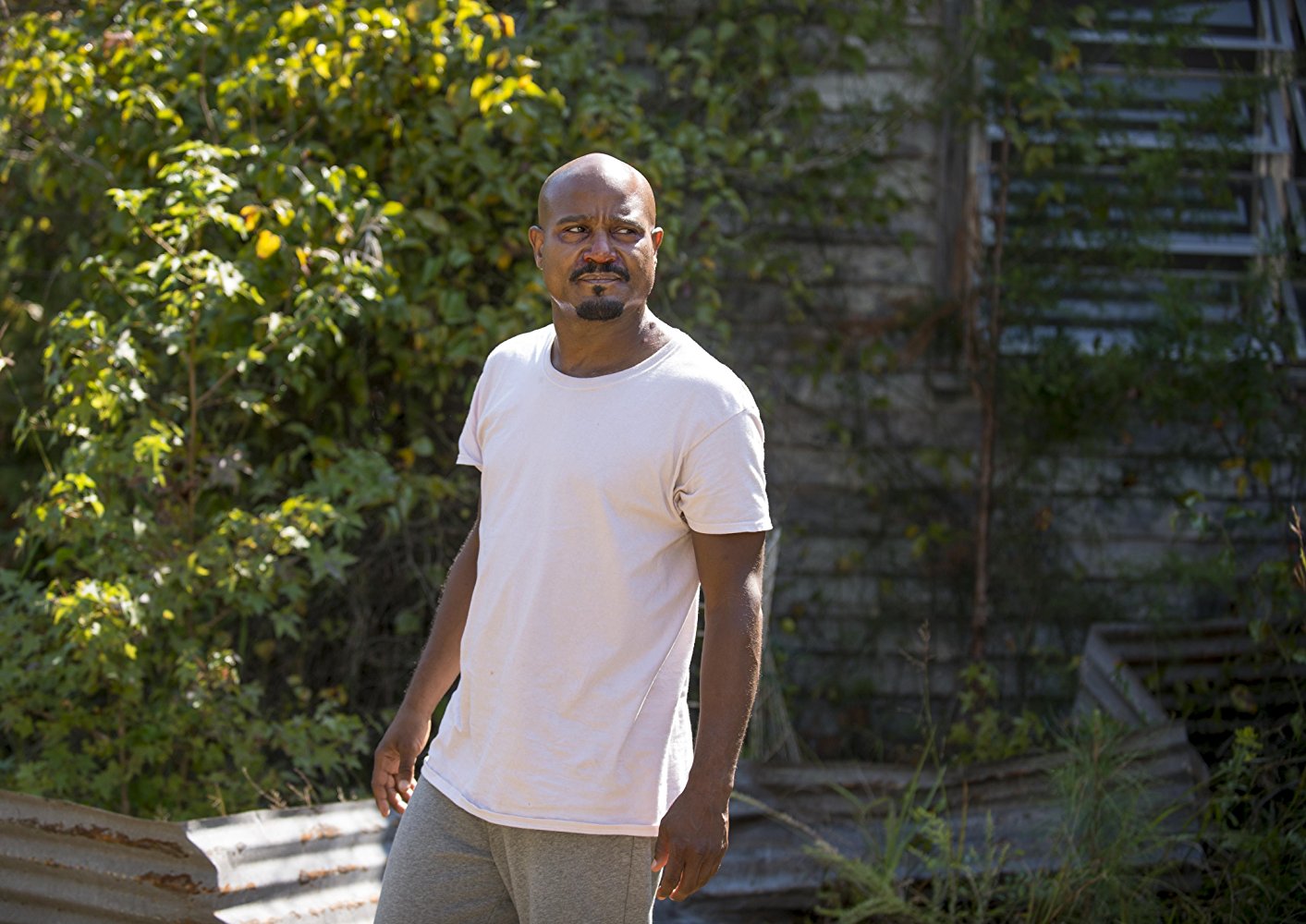 In its eleventh episode “Dead or Alive Or” The Walking Dead tested the faith of Gabriel and the patience of viewers — did anyone else feel like their name should be changed to Job?

When last we saw Daryl, Rosita, and the rest of the Alexandrians they were escaping through the tunnels, leaving Rick and Michonne to tend to a mortally wounded Carl. As they make their way through the forest to Hilltop, a walker who has evidently been through the fire (sorry the song was in my head) stumbles into their path and Tara pushes it on to Dwight. As Dwight struggles with the walker, Tara stands by and tells Rosita “he can handle it” which he does, but with this one scene, I knew Tara was gonna annoy the heck outta me this episode.

As Tara acts like a petulant teen, Gabriel and Carson — the doctor from The Sanctuary — are sitting in a stalled car trying to figure out where they are. It becomes clear that Gabriel’s sight is being affected the mysterious infection he contracted from….I don’t know where, but when Carson expresses concern, Gabriel deflects and says that God will lead the way. Carson suggests that he should’ve never allowed Gabriel to leave The Sanctuary, but Hilltop has antibiotics that he hid so Negan and his minions wouldn’t find them. Suddenly Gregory hears the sound of what he thinks is a church bell. When they follow the noise it turns out to be metal hitting a flagpole which is standing next to an abandoned cabin. Why he thought it was a church bell I have no idea because the sound lacked the tone of a bell, but I’m guessing it was the writers trying to play-up Gabe’s religious optimism. 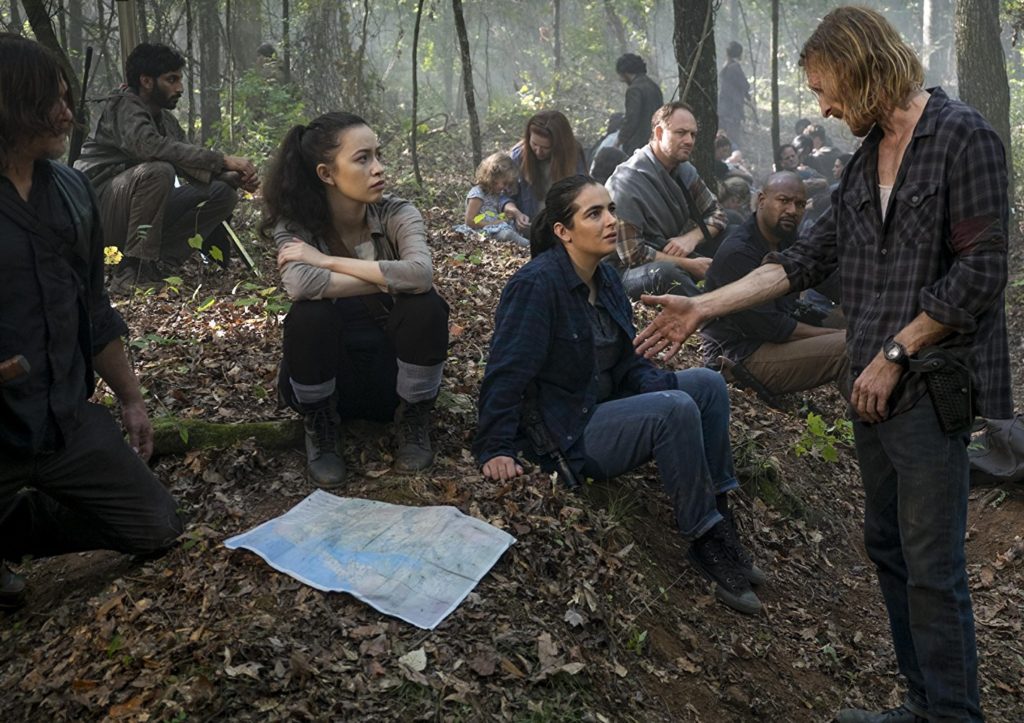 Back with the Alexandrians, Rosita and Daryl decide to take a rest break. Instead of listening to that bit of advice and chilling out, Tara asks them why Dwight was still alive and I was like “Girl whut?” When Daryl reminds her that the “fight isn’t over” she says that it is for Dwight and she’s done waiting, Daryl walks away and Rosita says they need to focus on getting to Hilltop.

At Hilltop, Morgan and Carol engage in a brief but tense discussion on how to handle Henry’s need to avenge his brother’s murder. Morgan thinks Henry should be told who did it but Carol disagrees because Henry is still a child and doesn’t understand that “he’s not fine.” We switch over to Negan and Eugene talking about Gabriel and Carson escaping and I tuned out so I have no interest in saying anything more right now.

Carson walks into a room and finds Gabriel struggling to read a note pad and tells him he needs to rest, Carson reads the notes and realizes that it’s a script about not giving up hope. It turns out the cabin was a signal station, Gabriel, being the eternal optimist that he is, says the message must have helped someone, but as Carson discovers, it didn’t help everyone, since he finds the messenger’s body in the bedroom surrounded by pill containers. 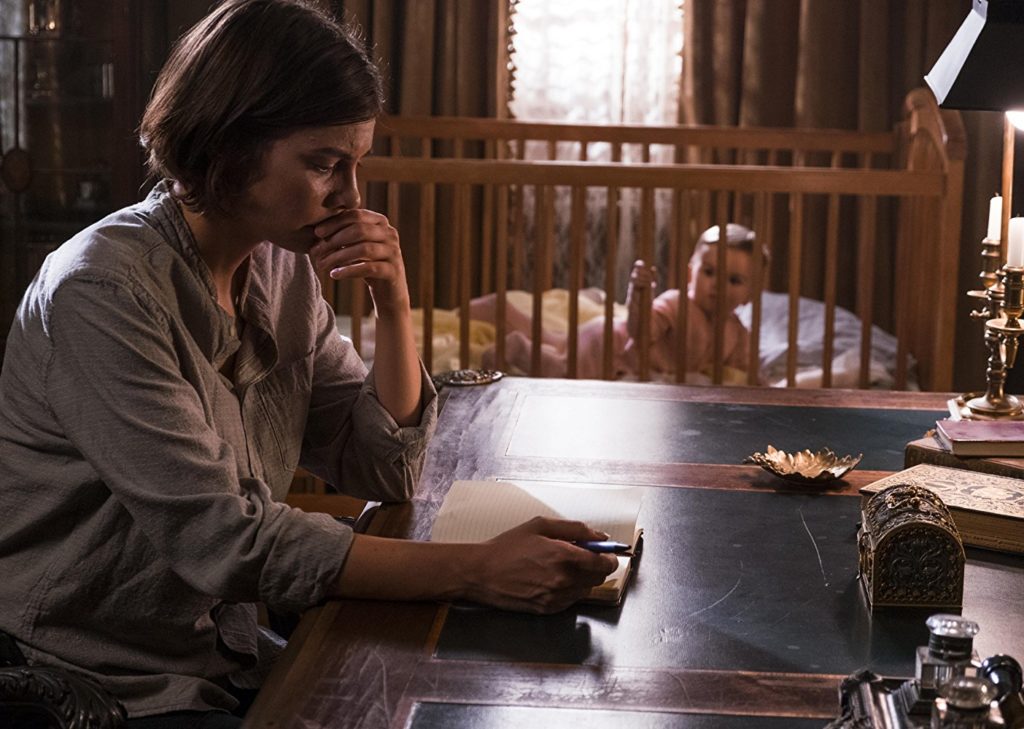 For the first time in quite a while we see Maggie and, as she stares at the baby Aaron brought to her, I too wonder when Maggie’s baby bump is going to start showing. The funny and aggravating thing about Maggie being pregnant is that she has literally been pregnant for 2 and half seasons or 3 years. Maggie revealed her pregnancy to Aaron in the 2015 season 6 episode “Now,” when she was worried about Glenn’s return while the writers kept her and viewers in the dark about his fate following the ill-advised dumpster death fakeout. Because this season has been one and a half days so far time wise, viewers have the impression that Maggie will be pregnant forever. It’s exasperating because it’s further proof that certain storylines and characters are not being developed at all.

Hearing that Gregory wishes to talk to her, Maggie goes to Gregory and he tries to use his “good behavior” as a reason for him to be released from the enclosure he and the other captured Saviors are being held in. After saying no, Maggie turns to walk away but pauses when the younger dude calls out to her and tries to tell Maggie about her business, my girl tells him that their rations are being cut due to food supplies being low and her people come first (Welp).

Carson examines the pill bottles and they turn out to be the very antibiotics that would help Gabe with his infection, then he finds car keys and a map that fell out of a broken piggy bank that Gabe knocked over (how convenient). As Carson and Gabe make their way to the car, Carson steps into a bear trap. Just as he’s about to be bitten by a walker he didn’t see lying on the ground, Gabriel took his gun, aims at the walker’s head, closes his eye and makes a perfect headshot. Y’all when I tell you I laughed in disbelief, I did it while shaking my head because I could not believe what just happened, that had to be one of the most ridiculous things I’ve ever seen on this show.

While Gabriel is turning into a trick shooter, Tara decides it’s time to kill Dwight and he decides it’s not his time to die. After an extremely short chase, Tara catches up to Dwight and just as she’s about to pull the trigger they hear people approaching. Recognizing them as Saviors, Dwight goes and leads them Saviors away from the Alexandrians. When Daryl learns that Dwight is gone he throws a hissy fit because Dwight might sell them out. In a literal about face, Tara defends Dwight and frankly, all this scene did was up the ridiculous quotient for this episode.

Back with Gabe and Carson, we see them preparing to get into the jeep that the found keys belong to but, in some extremely bad luck would have it — or just shaky writing — they’re found by some Saviors. Carson, deciding that he wasn’t going to be taken without a fight, attempts to take a gun and is shot dead. Seeing this, Gabriel is overcome and cries in utter despair as his hope fades away with his vision.

Eventually, Daryl and crew make it to Alexandria and breaks the news of Carl’s death. Hearing this, Enid breaks down and Maggie kneels to comfort her. Even though this was a sad scene, it didn’t have the normal emotional impact these kinds of scenes typically have in The Walking Dead. I think the reason is that I, and I’m sure others, felt no real connection to it because the episode itself was disjointed and weird.

Since last season, we’ve characters act in uncharacteristic ways and make weird and at time downright stupid decisions and this episode was no different. Tara and Daryl’s behavior makes absolutely no sense, Daryl ranting and raving just looked silly and forced. If Dwight wanted to betray the group to the Alexandrians he would’ve never turned against Negan to begin with. Dwight isn’t executing some covert mission to spy on Negan, he simply hates him and wants him gone just like the rest of us.

I’m really confused and annoyed with Tara. Yes, Dwight killed Denise, yes,he should face the consequences but the man has proven time and again that he’s with the Alexandrians. Dwight risked his life to betray Negan and Tara is being a complete hypocrite as she has conveniently forgotten that the reason she is even alive is because Glenn forgave her for working with the Governor. Tara creating strife is not conducive to the cause, all she’s doing is annoying Daryl, Rosita, and me.

I know the writers are trying to demonstrate Gabriel’s faith in God and as a Christian, I appreciate that, but when it’s done by reaching ACME levels of ridiculousness, the message is lost. As with Rick, we see Gabriel being kept in a state of emotional purgatory. When it seems that they’re close to attaining some sense of peace, they’re plunged back into a pit of despair and it’s annoying. Not only was this episode boring as heck but it was so while reaching absurd levels of plot conveniences, serving no real purpose and ending where the season began — The Alexandrians, members from the Hilltop, and Kingdom preparing for war.

The Walking Dead shows Sunday on AMC at 9/8c. Here’s a sneak peak at the episode nine episode “The Key”.