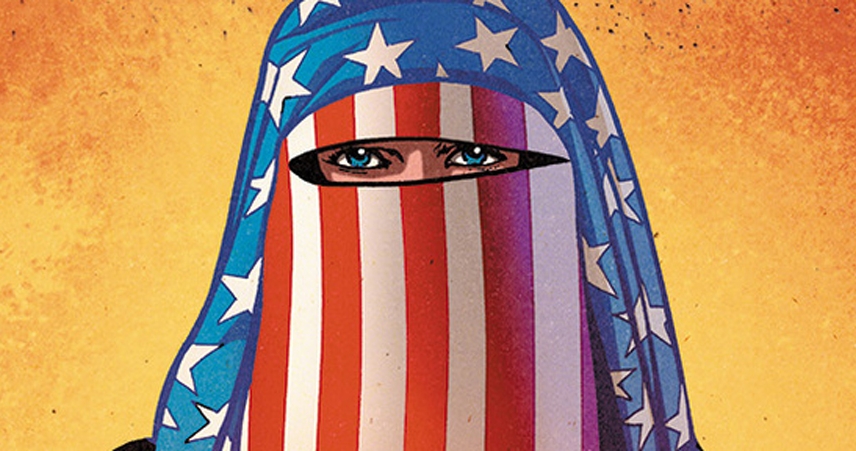 When you think of comic books, most people think of books published by Marvel Comics and DC Comics. Known as “The Big Two”, both companies have produced iconic superheroes such as The X-Men and the Justice League. If you want more from comics than superheroes, you have to look at other companies. For me, this is where Image Comics was starting to come in before their recent controversies turned me off.

Both of these controversies involve The Divided States of Hysteria, a comic written and drawn by Howard Chaykin. The comic is set in a dystopian future where the president has been assassinated. The problems with the comic began in the very first issue, which was published during Pride Month with a Pride variant cover had a transgender female sex worker being violently attacked on the page. Almost a month later, issue 4 was published with a cover depicting the brutal lynching of a Pakistani man. Image apologized for both incidents and the cover for issue 4 was recently pulled.

As a queer Black woman who enjoys reading comics for fun, I don’t want to constantly be reminded of the suffering that can come with being who I am. When I learned of the portrayal of transgender sex workers, I found myself thinking of the transgender women of color who have been murdered this year. With the news about issue 4, I am reminded of past and present incidents of racism and brutality against Black people.

While Image Comics isn’t the first publishing company to be met with controversy, their incidents made me feel betrayed as someone who strives to support marginalized comic creators and independent comic works. Prior to getting into American comics last year, I thought comic book publishing companies only published books about cishet male superheroes. Image Comics would be the first company I saw with non-superhero comics about people other than white dudes.

Due to my pickiness and lack of money, I can’t buy comics too often. With the books from Image, I waited a while before I chose one of their comics to buy. I kept seeing praise online about comics that included Saga, Bitch Planet, and Monstress. Last year, I decided to buy Monstress Volume 1 because it was a fantasy comic created and drawn by a Chinese-American woman (Marjorie Liu) and a Japanese female artist (Sana Takeda). The book wildly exceeded my expectations with its haunting storyline, characters, and gorgeous art.

Meanwhile, I’ve also bought and borrowed comics from Marvel, Valiant Comics, as well as indie companies like Boom! Studios and Black Mask Studios. I also support creators directly by buying from their own publishing press, doing reviews of press copies, and interviews. By doing this, I started to notice something about Image Comics and the work they publish.

A big issue I noticed is that while there may be inclusive characters on the covers, they didn’t seem to be as inclusive behind the scenes. For example, Saga is created by two white cishet creators, writer Brian K. Vaughn and drawn by Fiona Staples. According to Fiona Staples’ website, the main characters of the series are meant to be people of color. While both creators have the right to draw and create what they want, I would be more interested in reading the comic if marginalized creators were involved, especially given that Saga has also made missteps in regards to transgender representation.

Since buying Monstress, I’ve yet to buy another Image comic because of the lack of creators of color at their company, especially those who aren’t well-known. Image Comics creators such as Brian K. Vaughan, Kieron Gillen, and Marjorie Liu have worked at Marvel prior to creating books for Image. Meanwhile, there are talented comic creators like Mildred Louis, Olivia Stephens, and Ashanti Fortson putting out their work for free as webcomics and getting praise like your more famous faves.

As much as I want them and the many other talented folks to get hired at Image or any comic book publishing company, I also don’t want them to become associated with a company that uses their identities for shock value and to be edgy. Instead, I’d rather give my money to them via places such as Beyond Press, Power and Magic Press, and Lockett Down Productions. Comic readers and creators shouldn’t be treated as mindless machines you can make money off of without critique. We deserve better and we deserve respect.