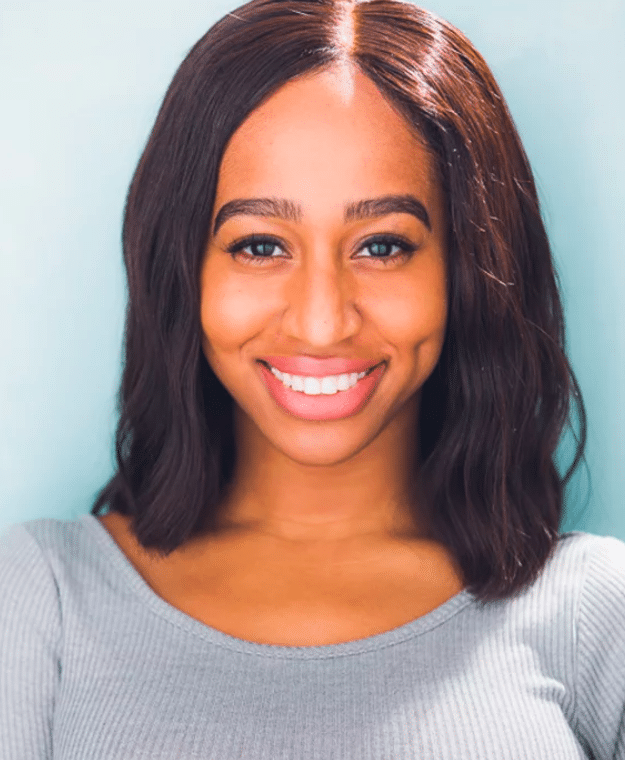 With the recent history-making, Oscar wins for costume designer Ruth E. Carter, and, set production designer Hannah Beachler, actress, and filmmaker Tamara S. Hall believes that this is a great time for Black and women of color creatives in entertainment.

Hall is running through those doors with her production company, A Flower in Fire, LLC, creating independent films, with mostly Black actors, writers, and, production staff. Since launching the company last year, Hall has made two film shorts. A Night at the Table, is described as a passion project birthed out of the frustration about the lack of multifaceted roles for women of color. It is also inspired by a Black mother’s pain/grief, Tamara’s own grandmother, and mothers who lose their kids. The second short/trailer, titled, Appetizer, is about a young woman still struggling with heartache following a recent breakup. Appetizer was created with an all-Black women production crew.

I talked with Hall about A Flower in Fire Productions, her film shorts and, the influx of Blacks in the industry.

Congratulations on your production company!

Thank you so much!

How did you come up with the name, A Flower in Fire?

I am in the middle of writing a poetry book called, Growing a Flower in Fire. It’s basically a depiction of my life from a child, to now as an artist in various forms. It tells my story of coming from Philly, where we don’t have too many resources pertaining to artistic cultivation, and, kind of how I was able to find the beauty in my world despite the adversities that I’ve faced. It was not an original plan to take the name and make it my company’s name, but I felt like it was very fitting.  I am an artist and what I want to do is attract other artists like myself, who venture on, despite the odds, and create beautiful pieces of art.

I watched, A Night at the Table, first, and, my thoughts were, this will either be very scary, very disturbing or, some educational deal going on. How did this film come about?

(Laughs) I love it! I am a huge thriller and horror fan, and I like being kept on my toes. The idea for A Night at the Table came naturally. I was reading an article that also had a video, where a woman was really upset, and a Black male was being read a verdict and it was guilty. I thought the woman was his mother, but it turned out that she wasn’t. But she was the one he had wronged. It brought up so many feelings for me. As a person from Philly, and an urban environment, seeing how Black mothers in general deal with pain, and loss and how we as Black women are able to forgive, and move forward. And, my grandmother lost her son when he was 22, to street violence. I was 11 at the time and my grandmother raised me. So, I married the two stories to create this film.

With the surge of Black movies, directors, and, women filmmakers happening, was this the push for you to create A Flower in Fire Productions?

I feel like we are in a Black Renaissance right now. We’ve always been told that we are a specific, targeted audience and it’s not enough. Black Panther has shown Hollywood that we are not just in the United States, or in one specific location, but that we are a multitude of cultures and we’re everywhere. There are people who want to see these various cultures that identify with the Black experience. What really pushed me is, I am an actress first, so it was about creating opportunities that I felt was worth talking about.

I would go to these auditions, and in the independent world, unfortunately, it is still very male-dominated in the filmmaking world. And the roles were not always multifaceted. The character’s role was to serve a purpose for the male character, like, the girlfriend or the baby mother. I am a trained actor, I studied at the William Esper Studio. I wanted to show them that we can play different types of people, and not just what we see all the time on TV. Because of that, I felt that it was my duty as an actor who is also blessed as a writer, to take advantage of the space that Jordan Peele, Ryan Coogler, Ava DuVernay, and Issa Rae created. I should be doing this, too. In creating opportunities for myself, both A Night at the Table and Appetizer are getting a lot of attention, and there’s a lot of creative passion. I thought I am really doing something here.

With, Appetizer, you had a production crew of Black women, which was important to you.

Exactly. I wanted to create opportunities not just for myself, but for others. You have to step out and be a leader. I needed to build a community. So many people are hesitant to walk into their truth, and, I understand because I was like that in the beginning. We need to show Black women in roles in front of and behind the camera.

We’re seeing more Black women in the spotlight beyond acting and singing.

Oh my God, we are killing it! It’s because, for so long, we’ve had to sort of wait for permission. But what I like about us in general, is, more than ever, we will seek our own voices. It’s like, we have been silent for so long, and, now, you are going to see us, hear our voices and recognize our geniuses.

Did you always want to be an actress, or in the entertainment industry?

I always knew I was going to be a performer. I did not associate the term, actor with what I was doing until I was maybe 11. If you asked my grandmother or anyone in my family, they’ll tell you yes. They called me, “Star.” I was on stage a lot as a spoken word artist, and I entered competitions. Plus, as a child, I talked to myself a lot, and played out situations all the time (Laughs)!

What’s next with A Flower in Fire?

I want to get these two films into the film festivals, and I have some other projects going on.

You can check out A Night at the Table, and Appetizer at www.afifproductions.com. You can also support crowdfunding efforts for AFIF here.