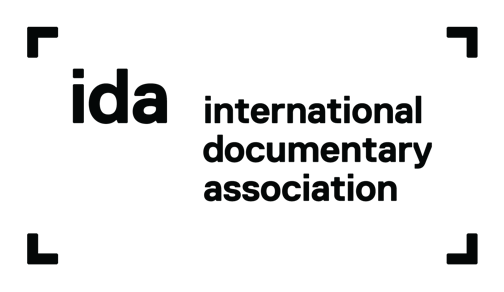 The ceremony will be held on December 9, 2017, at the Paramount Studios Backlot. This year’s awards will honor several outstanding individuals: Abigail Disney will receive the Amicus Award; Lourdes Portillo will receive the Career Achievement Award; and Yance Ford will receive the Emerging Documentary Filmmaker Award.

Notably, IDA’s Courage Under Fire Award—which is given from time to time to a filmmaker who demonstrates extraordinary courage in pursuit of the truth—will, for the first time, recognize a group of films that together have brought us essential and urgent stories bearing witness to the devastating war in Syria. The Courage Under Fire Award will honor both the people who shared their stories in the films and the filmmaking teams behind City of Ghosts, Cries From Syria, Hell on Earth, and Last Men in Aleppo. Awards will also be given in several categories including Best Feature Documentary, Best Short Documentary, David L. Wolper Student Documentary Award, Best Limited Series, and more.

“The IDA Awards reflect the very best work being done in documentary filmmaking today,” says Simon Kilmurry, IDA’s Executive Director. “Our honorees—Lourdes Portillo, Abigail Disney and Yance Ford—through their commitment to their art, to social justice and to supporting the field, illustrate the power of nonfiction films and the impact they can make in the world. Filmmakers take incredible risks in bringing us these stories,” Kilmurry continued, “but we often forget that the people who share their stories with us also take incredible risks. This year’s Courage Under Fire award honors not only the filmmakers but those who have taken on the burden of sharing their experiences of a brutal war in Syria, those who have died while doing so, and those who continue to live with its consequences.”

The IDA Documentary Awards is the world’s most prestigious event dedicated to the documentary genre. The Awards bring together the industry’s most prominent filmmakers, industry executives, and influencers to recognize the year’s crowning achievements in nonfiction film. At the heart of the event is the IDA’s commitment to documentary film and its unique power to drive us toward a more complex, human understanding of ourselves and each other. The IDA, whose mission is to build and serve the needs of a thriving documentary culture, provides year-round support, education, and advocacy for documentary makers. 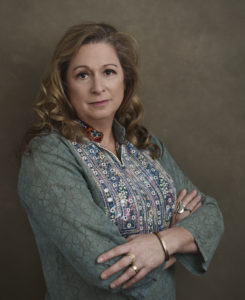 Amicus Award recipient Abigail Disney is an award-winning filmmaker, philanthropist, the CEO and president of Fork Films, and a mother of four. An active supporter of peace building, she is passionate about advancing women’s roles in the public sphere. Abigail’s films and series—which include Pray The Devil Back to Hell and The Armor of Light—focus on social issues and spotlight extraordinary people who speak truth to power. “I am thrilled to be honored by the IDA,” shares Disney. “Their work to build a stronger ecosystem for independent documentaries is so crucial and I know that it is changing the world for the better as we speak!” 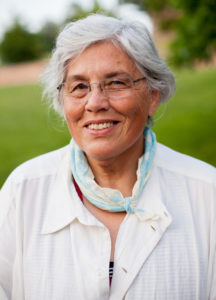 Lourdes Portillo, recipient of the Career Achievement Award, has been making award-winning films about Latin American, Mexican, and Chicano/a experiences and social justice issues for nearly 40 years. Since her first film, After the Earthquake/Despues del Terremoto (1979), she has produced and directed over a dozen works that reveal her signature hybrid style as a visual artist, investigative journalist, and activist. Her 1986 film Las Madres/The Mothers of Plaza de Mayo was nominated for an Academy Award. Portillo is the curator of From Latin America to Hollywood: Latino Film Culture in Los Angeles, 1967-2017, the Academy of Motion Picture Arts and Sciences’ contribution to the Getty Foundation’s “Pacific Standard Time: LA/LA.” This multi-year research initiative culminates later this month in film screenings, film restorations, public symposia, online oral histories, and a print publication on the shared influences of Latino and Latin American filmmakers and the work they created or presented in Los Angeles during the past half-century. 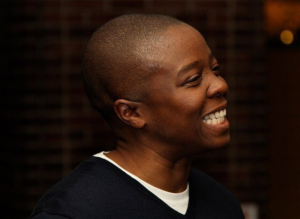 IDA will also honor Emerging Documentary Filmmaker Yance Ford, whose cinematic memoir Strong Island opens in theaters and launches globally on Netflix Friday, September 15. The film received a Special Jury Award for Storytelling at the Sundance Film Festival earlier this year. Ford, who is transgender, is a recipient of the Creative Capital Award, MacDowell Colony Fellowship, Sundance Documentary Film Program Fellowship, and was among Filmmaker Magazine’s 25 New Faces of Independent Film in 2011. For ten years, Ford was privileged to work as Series Producer for the PBS showcase POV, where his curatorial work helped garner more than 16 Emmy nominations. Ford is also an architectural welder, and while at Modern Art Foundry he helped assemble the sculpture “Maman” by Louise Bourgeois, the series of three spiders exhibited at Rockefeller Center, now on permanent display at the Guggenheim Museum in Bilbao, Spain.

The IDA recognizes that both filmmakers and their subjects often take incredible personal risks to bring us essential stories. In recognition of their bravery, the Courage Under Fire Award is presented to documentary makers for displaying conspicuous bravery in pursuit of the truth.

The filmmaking teams and the subjects who are being honored with the 2017 IDA Courage Under Fire Awards are: City of Ghosts (director: Matthew Heineman), Cries from Syria (director: Evgeny Afineevsky), Hell on Earth (directors: Sebastian Junger and Nick Quested), and Last Men in Aleppo (director: Feras Fayyad). Their brave filmmaking and journalism along with the courage of those who shared their stories in these films shed light on a conflict that touches all of humanity.