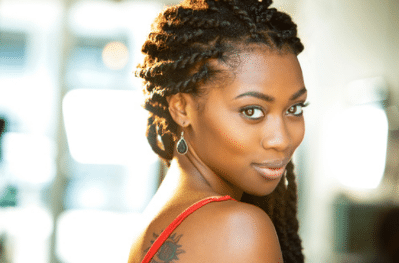 Shakira Ja’nai Paye on the whiteness of Winterfell and her comedy troupe, Obama’s Other Daughters — Comedy Central’s first and only all-Black, all-woman team of comedians.

Actress and comedian Shakira Ja’nai Paye is one-fourth of Obama’s Other Daughters, the longest-running Black female comedy troupe at Upright Citizen’s Brigade, Los Angeles. Comprised of Paye, Maame-Yaa Aforo, Ashley Holston, and Yazmin Monet Watkins, OOD’s toured the country, opening for such acts as comedian, activist, and TV personality Franchesca Ramsey. Gaining attention for their unique point of view, their latest coup is a three-part web series at Comedy Central. The first installment is Deeze Thrones, directed by Broad City director, Lucia Aniello. Its premise: “What if there were Black people in Winterfell?”

Paye also stars in the upcoming Netflix drama, All Day and a Night, directed by Black Panther co-writer Joe Robert Cole. It follows a young African-American man, Moonlight’s Ashton Sanders, throughout an ordeal that leads him to commit murder. Throughout the picture, he navigates the consequences of his actions. Paye’s character Shantaye is Sanders’s complicated love interest, who “loves hard, but is also strong,” Paye says. In our email interview, we discussed the significance of OOD’s arrival at Comedy Central, the symbolism behind the cold, white, northern world of Winterfell, and why OOD’s humor is not for everyone. 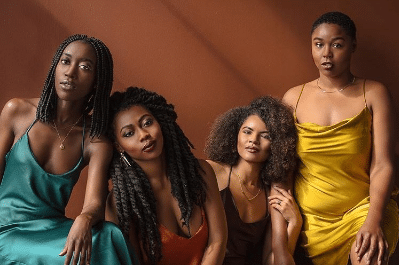 How did you first get into performing?

When I was one, my father took me on my first audition, but I really got started years later in elementary school when I took dance classes. Then in middle and high school, I did theatre.

What’s your preference? Acting or stand-up, comedy or drama?

I love acting. If you asked me eight months ago, I probably would have said I preferred comedy, but last fall I shot an intense film [All Day and a Night] in Oakland. It was amazing. Being dramatic is fun! So, I’ll just say I like both comedy and drama equally.

How did Obama’s Other Daughters initially come together?

We got together through a Facebook group on the UCB’s diversity page. We were all searching for a sense of community, a space to practice, and to hone our improv skills. Through lots of hard work and tons of practice, we’re now like sisters.

I gotta ask, what’s the story behind the troupe’s name?

It came to us one night as we sipped mimosas and shared stories. We wanted to convey that we were four Black queens. Since we don’t have royalty in this country, we thought, “What if we were Obama’s Other Daughters?” At the moment, there are no sketch comedy shows on TV with four Black women. We want to change the perspective of comics like us. There are four of us, but we’re so completely different, and you see that in our show. We won’t be for everyone — we’re Obama’s Other Daughters, after all. However, I think that if you’re okay with seeing different perspectives if you’re not racist, and if you like comedy, then our show will appeal to you!

Let’s talk about Deeze Thrones. I love the premise: “What if there were Black people in Winterfell.” Where did the idea originate? Are you fans of GOT?

Thank you, glad you enjoyed the sketch! I got the idea from watching the show over the last eight years. I also own the book series and a few cheesy themed T-shirts. Two of my teammates are also fans. I’m pretty sure any person of color and any honest white person who watches the show notices the lack of representation. They never really cast Black people. When we first sat down with our producers at Comedy Central, we pitched a few original ideas. I pitched that one, it had been in my head for quite some time. I already had a draft, but still needed to fill it in with all of our individual voices. We did that as a team.

Winterfell is arguably the whitest space in the GOT  world. What does it symbolize for you?

It epitomizes the lack of diversity throughout the entire series. My teammate Yazmin put it best: “It’s wildly frustrating that people have the bandwidth to believe in dragons and zombies and giants, but draw the line when it comes to including three-dimensional people of color.”

The line, “The Black Not Ethnically Ambiguous People of the Seven Kingdoms Meet-Up,” and, “Sun-kissed people, I’m here to save you,” were so on point. What inspired them?

“Not ethnically ambiguous,” came along because there were brown people on the show — the Dothraki and Unsullied played a huge “featured extra” role — but I never saw anyone who looked like me. I’m pretty sure most Black folks identified with Missandei and Grey Worm as our representation, but two Black folks is not enough, period. Like damn, can we get some layers please!

“Sun-kissed people, I’m here to save you,” just seemed fitting and funny. I felt like it was something Khaleesi (the most infamous white savior on the show) would say. RIP. I know I’m throwing shade, but she’ll always be my queen, LOL.

Comedy Central is such a driver of American culture right now. Its notable alumni, Stephen Colbert and Jon Stewart, as well as Jon Oliver,  helped define the last election. Jordan Peele rose to fame there. What does it mean for OOD to find a home at the network, especially as Black women comics?

It’s truly a dream to be working with Comedy Central and to be the first all-Black all-female comedy troupe to do it. We’re so very grateful for the opportunity. It’s still all so new, but it’s been amazing! It feels good to be seen and heard. Even simple things, like one of my teammates, requested that we have people of color on set. To see our line producer make it happen has been great. We are executive producers of our content, and at this time we’re figuring out how the heck to do it as a unit! It’s definitely just the beginning, but we want to forge a path for other women of color.

What do you say to people who call OOD’s comedy “loud” or “stereotypically” Black?

Honey, I ain’t got the time for negative energy. We pour way too much of our time and energy into what we do to let a hater get us down. Also, I realize not everyone is going to like what we do, and that’s a part of life. If we can make some people laugh and maybe inspire one little Black girl to follow her dreams, then I’d say, mission accomplished.

Deeze Thrones is available to stream online at Comedy Central. The remaining two sketches are set to release this summer. OOD performs their show Black Girl Magic every first Wednesday at Los Angeles’s UCB Sunset Inner Sanctum; next performance is June 5. For updates on All Day and a Night, follow Shakira @shakirajanai_ and Obama’s Other Daughters @obamasotherdaughters.