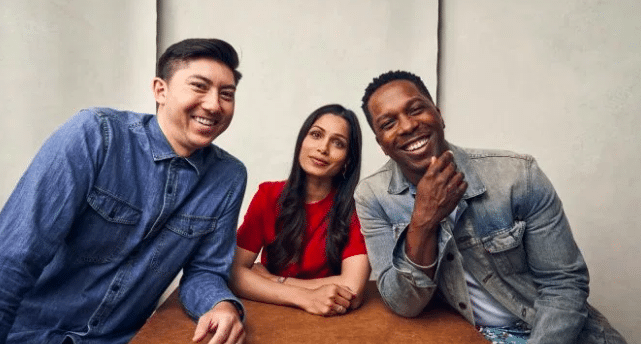 Takashi Doscher’s Only recently premiered at the 2019 Tribeca Film festival.

The sci-fi drama is set in a post-apocalyptic world where Eva (Freida Pinto) may be the longest-lasting survivor of a mysterious air-borne pathogen virus causing the premature deaths of women. Told in non-sequential order, Only chronicles the very intimate interactions and daily lives of a couple in love as they strive to make sense of what’s happening in the world around them and life as they know it. What makes Only so significant is that it places the woman and her body at the center of the narrative, not as a sexual object, but rather as a very valuable and necessary commodity needed to maintain humanity as we know it.

In Only, the woman has the right to choose what will come of her body. In the end, she takes ownership and uses her body as a means to break free — but not in the sense that one would immediately suspect.

I recently had the opportunity to speak with Doscher and Odom (who stars as Will in the film) currently running at the 2019 Tribeca Film festival, and the conversation was quite intriguing. They both agree that personal experiences in their marriages deeply influence their work, that the female body is so valuable, and that a woman’s right to choose what she does with her body is important.

What was the inspiration behind the film?

Doscher: The concept of female agency is very important to me. We live in a world where we talk about a woman’s choice, both as it pertains to reproduction as well as her health. The decision that Eva chooses to make in the end [of the film] may be a bit polarizing for some people, and they may view it as selfish. However, I think other people may view it as quite heroic. For me, the ending was a moment for her to assert her agency in a world where she has pretty much lost all agency.

In Only, the Embryo Project is an underlying theme and the female body is a hot commodity for scientific reasons for the purposes of research. In your opinion, is the current norm of freezing eggs a strategy to preserve humanity in the near future?

Doscher: That’s a very interesting question. I think that humanity will always look for a way to stick around and to survive, and technology is currently helping. It’s helping couples have children that would not have been able to otherwise. I am a firm believer in science, technology, and improving our world. 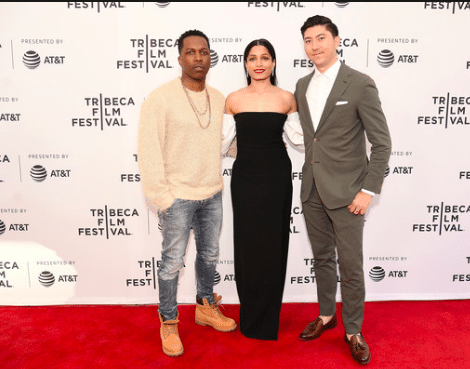 In Only, Will has a love, compassion, and commitment to protecting and hiding Eva that is unique and steadfast. What was the inspiration for showcasing this kind of love? How was this character developed?

Doscher: I always start with a core emotion, a core theme, and normally echo something that is going on in my personal life. In this case, when the film was conceived I was on a camping trip with my wife. While she’s a very strong, independent woman, when we were at this rural campsite, I began posturing and became a little bit more protective of her.

Odom: Takashi had drawn Will as an architect, and we began to talk about how men actualize their manhood. So, for this guy — it’s like, “If I can’t create medicine to heal her, I don’t have a vaccine,” and he does not have a lot of weapons, yet he wants to bring all that he has to the table. So he goes, “Here’s how I can protect her — build this bubble.” And he goes too far.

In the film, Will and Eva are not able to be sexually intimate for a long period of time, if at all. Yet, their love is still palpable. What are some of the benefits in a relationship where there is no sexual contact involved?

Odom: Great question. I had to think about how can I make love without sex. We talked about touching with the gloves on, long gazing, and thinking about ways to communicate without talking and touching.

How far are you personally willing to go for love?

Odom: In long-term relationships, it is a process of ripping off layer after layer and becoming more and more vulnerable. I think real love requires all of you. It doesn’t require all of you on the first day, but you keep walking forward. Essentially, there’s nothing that I wouldn’t do for love. When you think about people who have been in 50-, 60-year relationships, those are the people who you know there’s nothing they wouldn’t give or do.

What would you do differently or how would you live differently if you knew that the person that you loved only had a few days to live?

Doscher: I would like to think that I would be 100% on board with whatever she wanted to do and celebrate her as well as our love and our lives together, even if our days were shorter than either one of us would wish.

Odom: I’d try to just appreciate the present — the here and the now moments. So, there’s times when I’m looking at my wife, and I’m consciously trying to miss her while she’s here. It makes me present. It makes me cherish a simple moment, like waking up next to her on a Sunday morning. You know what I mean?

Only’s film schedule at the Tribeca Film Festival can be found here:

This interview has been shortened for clarity and length.