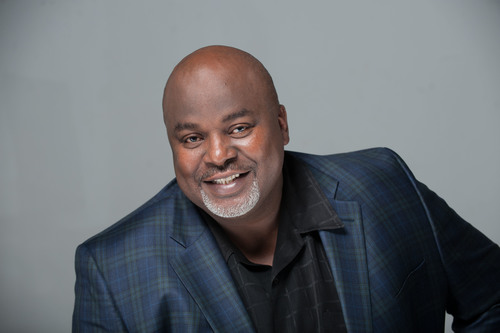 I recently had a lovely chat with Gil L. Robertson IV, who is a Co-Founder and President of the African American Film Critics Association (AFFCA). Gil was preparing to attend the Toronto International Film Critics Association (TIFF), where he spoke as a representative of AFFCA for a special panel discussion; DIALOGUES At the Table. Other speakers at the panel were Tra’vell Anderson, Gaylene Gould, Franklin Leonard, Syrinthia Studer and Graham Taylor.

BGN – Can you tell me a bit about yourself, your career in media and how the idea for the African American Film Critics Association (referred to as the Association from here on in) was born?

GA – I am a journalist and an author, and now a producer, from Los Angeles, now I split my time between L. A. and New York and L.A. and Atlanta. I mostly covered ‘Arts and Entertainment’, during my twenty some odd years career, and I’ve written for publications like Los Angeles Times, The Atlanta Journal-Constitution, Ebony, Essence, Vibe, Fortune. I’ve written over fifty national magazine covers, and I’ve written five books, my latest being a children’s book, which came out earlier this year. It’s been an interesting career.

BGN – What is your goal for the association and its impact on the film industry?

GR – First and foremost we are about cultivating and uplifting the next generation of Black film critics, be it here in the United States, Canada or any place around the world. We are also very dedicated to amplifying the messages of filmmakers who create content that speaks to the black experience. And again that would the black experience through the lens of an American, a Canadian, or anyone any place on the planet.

BGN – I’ve noticed on social media a lot of young people, especially young black creators are getting more attention, I guess you could say before the age of Twitter, Instagram, and SnapChat. These avenues are being used from them to promote themselves and for other people to promote them. How do you think that is affecting how young people are being accepted into the film industry and how they are feeling more confident to step into the industry?

GR – I think it’s a good thing Hollywood is taking another look at things like diversity, and it’s great when you have other voices to tell their stories and to share their experiences. One of our goals as an organization is to see more of that in other communities, to see access to similar opportunities for people of Asian and Hispanic descent, as well as Middle Eastern and all types of people. We live on a big planet and everyone has experiences and stories that I’m sure audiences would find entertaining.

BGN – Is this the first time that Association is involved with TIFF (Toronto International Film Festival)?

GR – It is. For years we’ve been working with film festivals here and abroad to help develop panel discussions and opportunities for AAFCA members to come in and talk about film criticism and diversity in movies, and content creation. With TIFF this is our first opportunity, and we’re very very excited.

BGN – Because it’s the first time what does it mean to you that AAFCA and you yourself as the co-founder and president, have been given a seat at the table at a festival such as TIFF, the largest film festival in the world. The last few years ordinary people like me, lovers of media, have been calling for more representation not only in movies but television as well. With ‘representation matters’ as our mantra, what does it mean to you for the Association to be on the panel now, especially in 2017?

GR – We are ecstatic at the opportunity. I’ve attended the festival on numerous occasions, as a journalist. We had the opportunity to participate in the program at TIFF and obviously, TIFF is one of the four big tentpole festivals in the world, as you said the largest film festival in the world. So having a conversation there will be exciting and hopefully, it will provide our attendees with a better understanding of the process of making films, and how decisions are made from script to theater.

It is important for filmmakers to understand how their work is seen and how it’s developed, and what steps are taken before it hits the screen. its a thrill, it’s a blessing, and I’m looking forward to it.

BGN- Since the goal of the panel at TIFF is to bring more awareness to filmmakers and creators, what will be next step after to sped this message of creators needing to be more careful and discerning in how they go about creating their projects.

GR – We’re going to be doing a series of classes at Emmerson College which is an arts college here in the states. They have campuses in Los Angeles, Boston and in the Netherlands, we’re looking forward to talking and working with those students. We’re also kicking off season five of our boot-camp, so we’ll be visiting more schools from coast to coast in America, talking about and informing, and hopefully raising up the next voices of film critic and filmmakers.

We’re just going to keep on doing what we’re doing, and gearing up for awards season and the ninth annual AFFCA Awards which is one of our tent-pole activities that we produce every year. That’s going to take place on February 7, 2018, in Los Angeles.

BGN –  In the last few years that has been a major push for representation of people of color in all aspects of media, but with the movement of #OscarsSoWhite started by April Reign, the urging for Black people in particular gained (to me) more traction in the film industry. What has this movement done for AAFCA as an organization and you personally as a Black man?

I think it was a great vehicle that shined a lot of light on the diversity and inclusion problem that exists in Hollywood, and certainly it has prompted expanded discussions on the issue, and I think the outcry from that tweet has in some ways forced people to be more mindful of how they’re casting the films, and to be more mindful of what kind of opportunities that  are being offered to professionals of color, both above and below line, in terms of cinema.

So much more work needs to be done and we certainly align ourselves with April, and her agenda to some degree and certainly look forward to working hard and aligning our selves to other allied organizations, that share similar positions to create more opportunities for people.

How would you advise someone, like me for instance, who wants to get into film criticism as a career? I’ve noticed a dearth of people of color, especially Black women in the film critics industry, so to speak, how would you advise other young girls how they can speak up and have tier voices heard?

To keep pushing forward, to find every opportunity that they can to have their voices, to study their craft, to be very disciplined and purposeful in their approach to doing what they do. Today because of technology there are a lot of new avenues that exist for people to share their message with others. With the internet you can reach virtually anyone in the world, it’s possible now to make a movie as we’ve seen, just using something people carry in their back pocket.

There are opportunities there, I think that it’s important that young people are smart, that young people and young women understand that they need to invest totally into developing their craft and that they need to be strong and very disciplined, because it’s a tough business. Its truly one of those professions where only the strongest survive. Create a plan and continue to move towards it, its ok if your movement is not in a straight line, because typically your life is go take you on a lot of different paths, but you have to be very purposeful in knowing where you ultimately want to land.

BGN – What is in store for you personally, you’re writing a children’s book, can you tell me more about it?

The children’s book is called “The Book of Black Heroes: Political Leaders, Past and Present”, and basically it introduces readers to the next generation of black politicians in America, so I’ve been touring the country with the book all year, and I’m looking forward to continuing to share the title with audiences in the fall and all through next spring.

I’ve also started a new online vertical called ‘Kaleidoscope Reviews’, which provides a platform for Black, Hispanic and Asian journalist to write about pop-culture, film, TV, or to just share their thoughts on contemporary issues. That site is set to launch later this fall, and so we’re pulling together a group of writers who will contribute. Just trying to continue to do work that is relevant to my message as a human being which is to do my little bit to contribution to the growth of other people.

For more information about Gil and his projects, visit his website at robertsontreatment.com