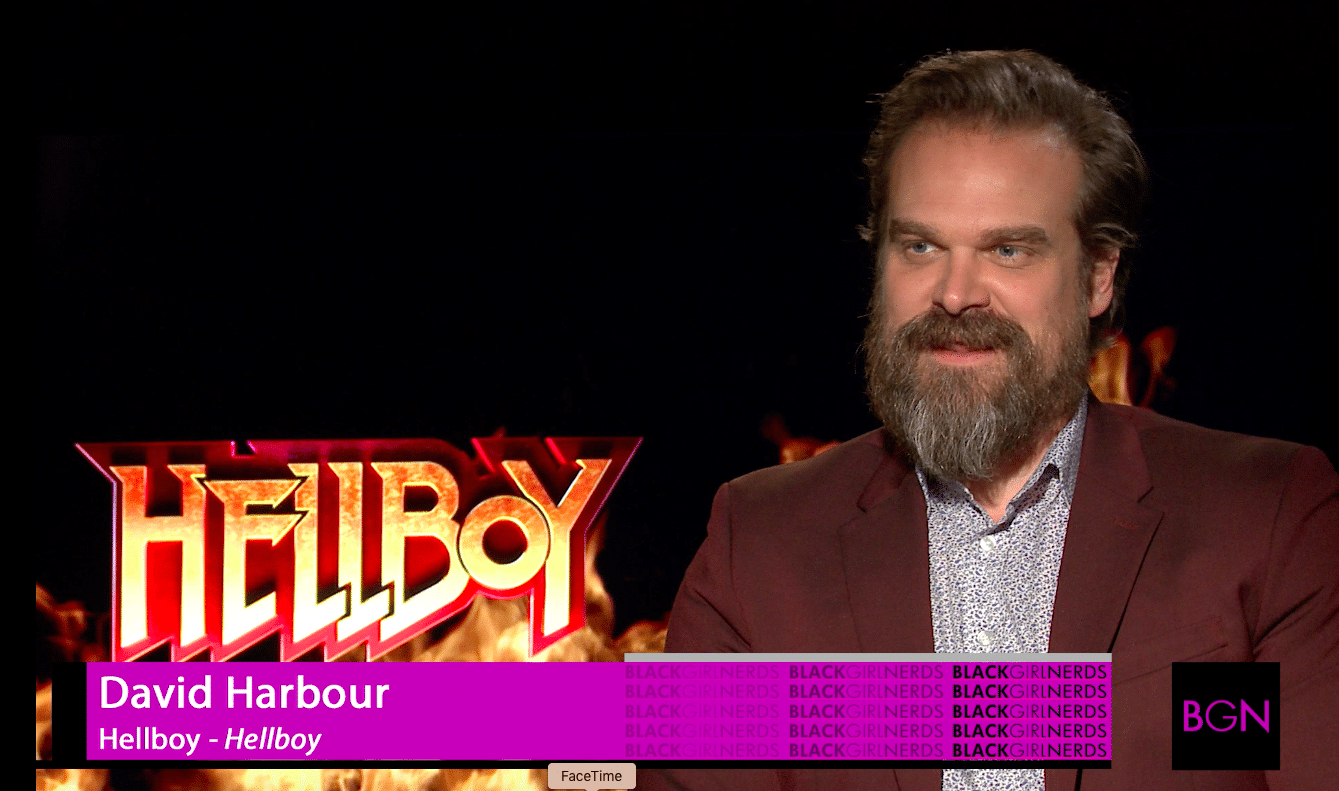 Hellboy comes out this Friday, April 12th and the cast of Hellboy chats with BGN.

Actors David Harbour, Ian McShane, Daniel Dae Kim, and Milla Jovovich are featured in the clips below. Some of the interesting takeaways include David Harbour’s use of KY Jelly to get fitted into his costume, Milla Jovovich using an English accent for the first time in her career, and how Daniel Dae Kim had to match his physique to Hellboy’s suit and go on a strict workout routine.

Hellboy stems from the pages of Mike Mignola’s seminal work, this action-packed story sees the legendary half-demon superhero (David Harbour) called to the English countryside to battle a trio of rampaging giants. There he discovers The Blood Queen, Nimue (Milla Jovovich), a resurrected ancient sorceress thirsting to avenge a past betrayal. Suddenly caught in a clash between the supernatural and the human, Hellboy is now hell-bent on stopping Nimue without triggering the end of the world.