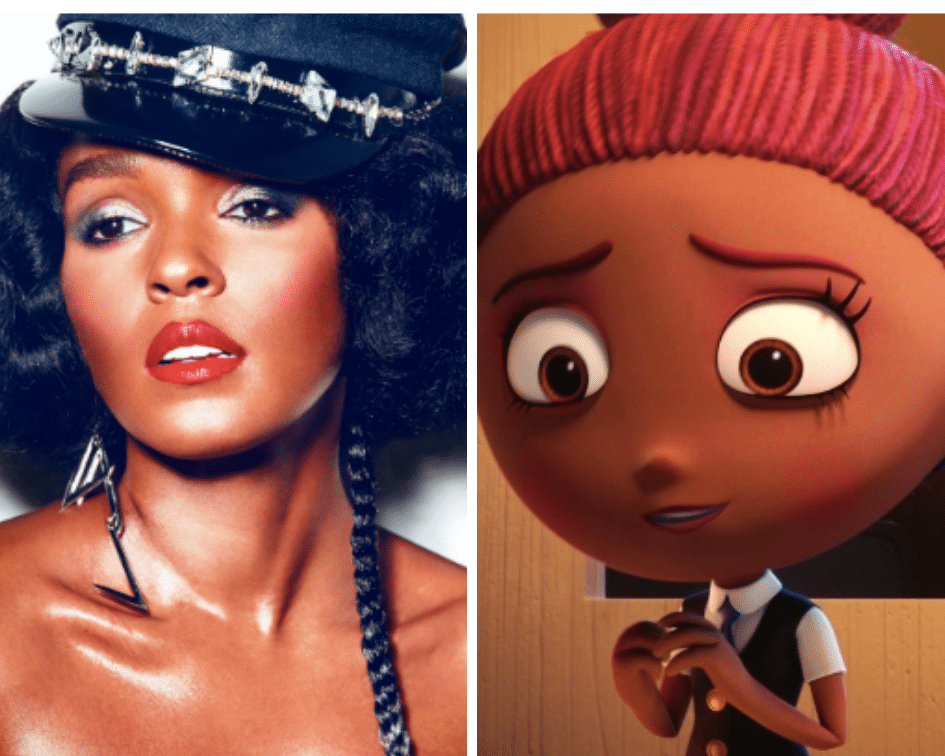 Monae’s character, Mandy, a lonely perfect doll who befriends the UglyDolls, is shy but smart — a true Black Girl Nerd — in a movie rife with very mean toys. On the heels of Monae’s iconic Coachella performance, we spoke over the phone about her real-life experiences with bullies, Mandy’s kinky pink hair, and how she hopes the film inspires young people. 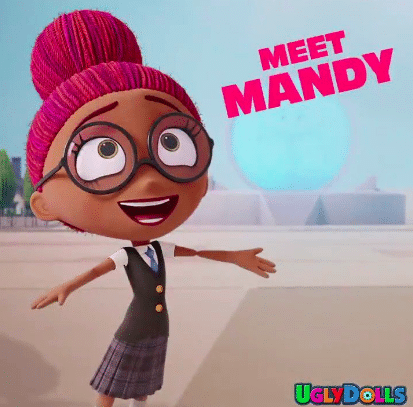 I’ve read that you’re quite selective when taking on film roles. What drew you to this one?

When I read the script, I thought it was an important story — the kind of animated film I wish I’d seen growing up. There are so many similarities to the real world. There’s a lot of pressure for my character to fit in, to look perfect, and to be perfect according to the standards set by the Institute of Perfection and its figurehead, Lou — this blonde-haired white kid everybody’s always trying to impress. They care a lot about what he thinks. He’s considered the most perfect person in their world, but he’s actually obnoxious and a bully.

Within herself, Mandy is constantly trying to fight that. It’s not who she wants to be. He’s not really who she wants to impress. So at a point when she’s really tired of trying to live in a world where he represents the privileged, she meets these ugly dolls. Through their friendship, she suddenly finds herself — finds her courage. She has a chance to take down the patriarchy and to take down an abuser of power.

In my own life, I’ve dealt with bullies. I was bullied as a young person. I’ve also tried to be, as much as I can, an ally for those that are harmed for being different. UglyDolls speaks to what happens when we become allies to each other. When those who consider themselves “the other” join together, revolution happens. It’s a celebration of the outcasts and the weirdos.

Last year you did the CGI film, Welcome to Marwen. What was the transition like from CGI to animation?

I love both. With UglyDolls I got so excited about creating Mandy’s voice and bringing life to her. She’s funny, she’s insecure, she’s super nerdy like me, and I think that she’s masked herself because of the community she’s a part of. I also collaborated with the animators on what she was gonna look like. I was eager to see this brown girl with four eyes. 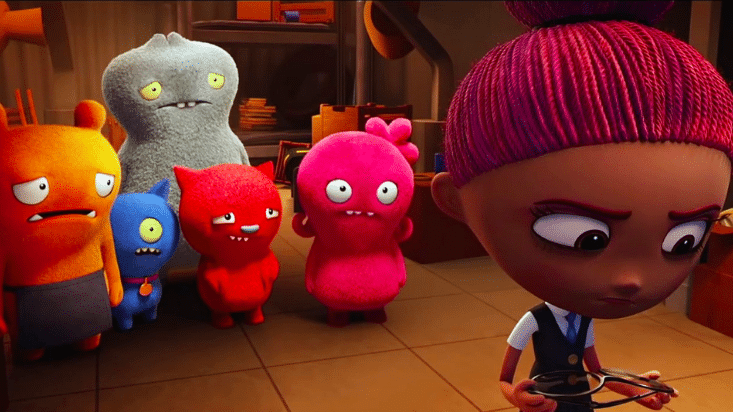 That’s interesting you mention her image. What was important to you about how she would look?

First, she’s a Black girl. I think representation is important. We can’t see our faces in animation and in film enough. I also wanted her hair to be cool and to look textured like mine. I wanted it to feel kinky and look kinky and represent my natural hair texture. I don’t have straight hair, and I don’t want to fit into a Euro-centric look.

Yeah, yeah, it’s pink! That’s the other thing I thought was cool about it. She’s creative. As a young Black girl who went to predominately Black schools, I felt a lot of pressure to choose — to buy trendy things. When I started vintage shopping and going to thrift stores, I felt like people treated me differently. My friends would be like, “What are you wearing? Why do you have on a coat that looks like a couch?” When I put color in my hair and tried to grow it out and make it natural, I’d get comments like, “Put relaxer on your hair — it’s nappy.” [That happened] even when I was an artist. I think for my character, having her hair pink, shows who she really is, even though when you meet her she’s not yet 100% there.

What kinds of conversations do you hope the film sparks between parents and their kids?

Growing up and being a child, especially today, with social media, the bullying rate is at an all-time high. We know that the suicide rate has increased as well. So I hope that when parents and kids watch this film, they have conversations around bully culture. The parents may even have stories of when they were growing up. I think it’s essential to have that dialogue because your kid could be on the receiving end of abuse. But it’s also possible your child is the aggressor.

In the real world, in our country, we’re dealing with people in various positions of authority. We have folks who come from different places around the world, like immigrants or those who love outside of the heteronormative way. The film speaks to that. It speaks to the other and celebrates the other. It looks at how you can be a better ally to those around you who are vulnerable. It’s about community and what it looks like to start your own when you don’t fit in. The message is: Don’t allow anyone to say you’re not good enough. Don’t let anyone break you. Remember you are unbreakable, and remember that you gotta start inward. You have to believe in yourself first before you believe in anybody else.