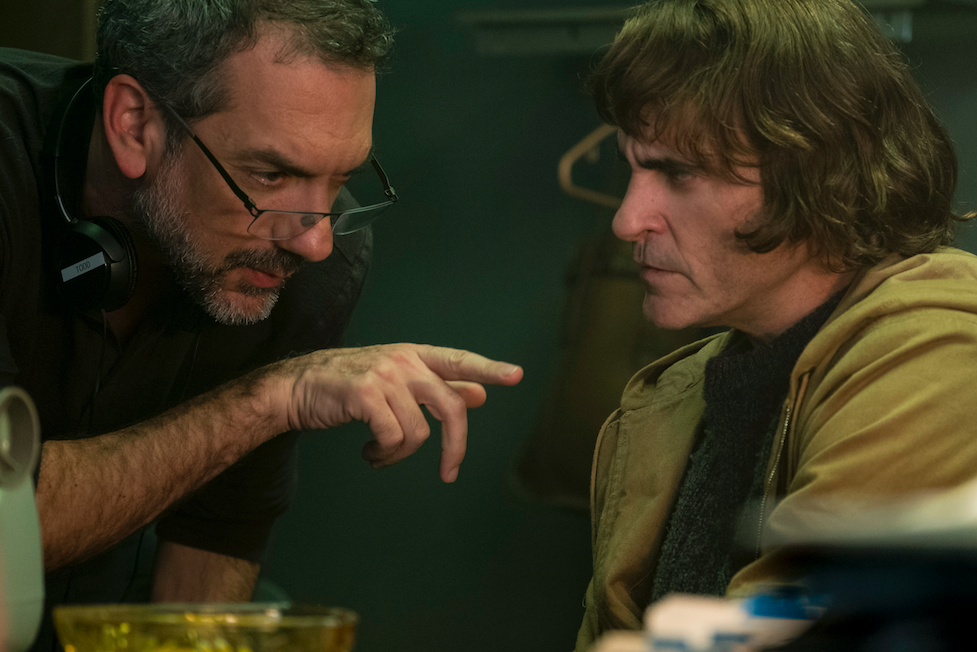 BGN got a chance to chat with director Todd Phillips (with actor Joaquin Phoenix near at hand) about his new film, Joker.

The new film follows failed comedian Arthur Fleck, played by Joaquin Phoenix, as he struggles through life and the continuous violence in the streets of Gotham. Dressed as a clown, he slips into madness as the transformation into the mastermind criminal, Joker, begins.

With such an intense film, our conversation centered around what the expectations of the film were and overall first impressions. How will audiences interpret the film? How will it make them feel afterwards? Phillips weighed in by commenting on his own way of viewing films. “I find it difficult to talk immediately after a lot of films. This film in particular for me.” He continued by saying, “I found that as we’ve shown it to people, even when I just bring somebody in the editing room, they go, ‘It’s over.’ And then they just need time, a little bit, to sort of process it honestly, in a way.”

For BGN, the reaction was startling. A moment to process was necessary. First reactions were hard to connect with because it is such a visceral film. Turns out, visceral wasn’t necessarily a primary goal, but one Phillips is happy made its way into the film. “I always enjoy movies that are difficult to speak about right after, and you go, ‘You know, I want to process this a little bit.’ I always find those to be particularly rewarding in a way.” Phillips was straight with us when he said, “It’s not like that was a specific goal, but it’s something that I always enjoy about movies, where you can’t necessarily distill it down into a one-line thing.” Joker is anything but a one-line thing.

A topic of discussion that will easily come to viewers is what this film means for the comic book world and the story of Batman. Phillips said, “I wonder. We don’t really talk about it like that. When I showed it to Joaquin or when he read the script, at first, we didn’t necessarily have the conversation of, ‘So what do you think this means?’ I think we liked it.” Phoenix nodded in agreement as Philips continued. “There’s a little bit of mystery to it. And then it really is liberating for us making a movie that isn’t really super defined.”

With Batman and Joker being such iconic good guy/bad guy, superhero/supervillain, friend/foe kinds of partners, how this film will stack up to the comic book world will be very interesting. If you ask Phillips, his take on the famous villain was more about telling an interesting story. “We didn’t take anything from one particular comic. We picked and chose what we liked from the 80 year canon of Joker. We pulled a few things that we liked, but to us it could have been called ‘Arthur,’, and it just be about a clown, maybe.” He continued to elaborate. “I just thought, there’s a new way to tell a comic movie. Maybe I’m wrong, but let’s do it as a character study. So, a big part of what interested me about it, more than making a movie called ‘Arthur,’ was to deconstruct the comic book movie a little bit.”

Turns out that was part of what was exciting for Phoenix as well, who had a lot of reticence about being in a comic book movie. We are thankful he decided to take on such an iconic role because he did such a great job.

This film is more than a comic book movie. The nature of a character study really shines through in Joker. A lot of it has to do with the time period in which the film is set. “This is like a separate universe,” states Phillips. “Tonally, the movie is very much a character study. Same as movies we grew up on and loved. And you go, ‘God, those movies don’t get made as much anymore.’”

There are some great examples of character studies out there in film history. Taxi Driver. Social Network. There Will Be Blood is probably the best in the last 20 years of character study, according to Phillips. He continued by adding, “In a weird way, it was also an homage to that time. We’re making a movie that feels like that. We tried to inject that, being that we were using basically no CGI — which doesn’t mean none, there’s obviously some world building we’ve done. But there’s some real handmade quality to those films in the late ‘70s and ‘80s that I just always loved.”

This isn’t just your next comic book movie. It’s a whole new view of Gotham and its characters. The reception in the festival circuit has been more than positive. It captures the eye of comic fans and avid film watchers. Phillips mentioned how he showed the film to a group of younger people, and their reaction was, “This is an awesome origin story of the Joker that I would have never thought of.” Other, more seasoned moviegoers saw the film’s references and content, reflective of today.

Todd Phillips was a pleasure to meet. He was so excited for people to see the film and hear what they had to say afterwards. We hope you are looking forward to it. Joker hits theatres on October 4, 2019.