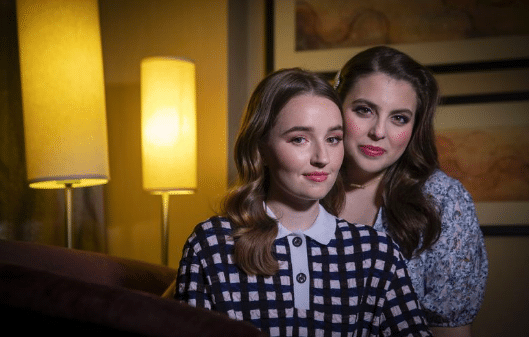 Kaitlyn Dever and Beanie Feldstein will be the talk of the summer in the new hilarious film Booksmart.

Dever and Feldstein play friends Amy and Molly, who want to end their senior year in the wildest way imaginable. The only thing is these are the two nerdiest, high-achieving girls in the entire senior class. Booksmart follows Molly and Amy as they hit multiple roadblocks to the ideal epic night. Olivia Wilde’s directorial debut hits all the right notes of a raunchy teen comedy that will have you laughing all summer long.

I sat down with Dever and Feldstein to talk about their onscreen friendship, working with hot of comedic talents like Lisa Kudrow, Will Forte, and Jessica Williams, and so much more.

On Describing Booksmart to Audiences

Both actresses answered this question in tandem, saying that Booksmart is a mixture of some of the most classic films out there. They likened the film to both old and raunchy comedies Broad City, Fast Times and Ridgemont High, The Breakfast Club, and Bridesmaids. Feldstein says that their film reminds them of the “amazing female dynamics” in those films.

And while Booksmart does share a lot with the summer films from all over the comedy genre, both actresses say that the film does have some differences that audiences will love. The smart jokes, that are geared toward a fresh generation. The film matures the genre while keeping to the raunchy, sometimes lewd standards set by the summer comedies of the 1970s. However, this one is responsible, more focused and with a lot less concentration on male sexuality. (It’s all of that while being so funny, I almost choked on my drink during the screening.) 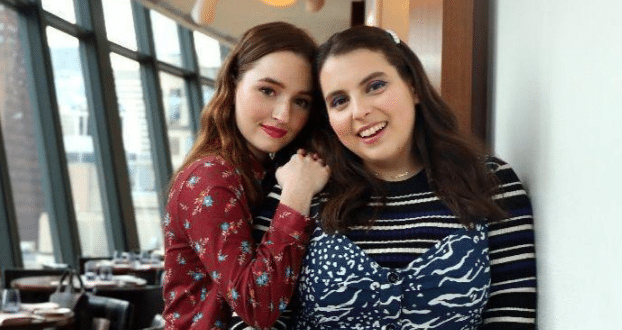 On Building the Bond that Molly and Amy Share.

Feldstein explained that they couldn’t “fake the chemistry” of Molly and Amy’s relationship, so she and Dever had to do something to ensure that they bonded. Wilde suggested that they move in together before shooting, and they did. Dever and Feldstein agreed that the connection was instant. So, Wilde’s passing suggestion created a lasting friendship that continues offscreen.

(These two actually finished one another’s sentences throughout this interview.)

“So, we lived together for all of our prep and rehearsal,” Dever said, “And then for the entire shoot, and it was Heaven, life-changing.” They joked about being first roommates. 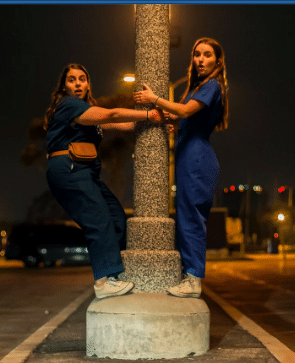 On Their Favorite Scene of the Film

The scene that made both actresses gush about birth and death — because it was so good — was the one in which costars Lisa Kudrow and Will Forte (who both played Dever’s parents) riffed over the possibility that Molly and Amy were much more than friends.

“You can’t sleep on Will,” said Feldstein. “Will is amazing. We got to watch them riff for about half an hour.” That half hour of riffing, according to the actresses was like a master class in comedy, especially when Kudrow joined in and they both went carried the scene for a bit.

They added that Jessica Williams was a fun actress to work with as well as the other younger comedians on the set like Billy Lourde.

Dever and Feldstein described their first meeting with Williams at the film’s production office. They were both fans of the actress and were in awe of the possibility of working with her. They said that Williams was studiously taking notes on a laptop during the meeting while they stared.

“Her beauty and her aura are just like contagious,” Feldstein explained. She and Dever said that they didn’t have to act like they practically worshipped Williams’s character Miss Fine in the movie. They actually truly admired the actress and were in awe of her in real life.

We didn’t have to act,” said Dever. “she is our queen in this movie.”

Feldstein added, “she’s such a talented human being and we had so much fun doing scenes with her.” The scene in the movie where Molly and Amy awkwardly fumble with getting Miss Fine’s number was not much of an act, according to these stars.

“It happened with us in real life when she asked us for our Instagram,” Dever said.  “I was like, yeah, it’s um, it’ that’s my name.”

Feldstein said she checked immediately for a follow from Williams. These actresses truly embodied their characters in this real-life moment.

You can see both Dever and Feldstein in action on the big screen when Booksmart hits theaters May 24, 2019.