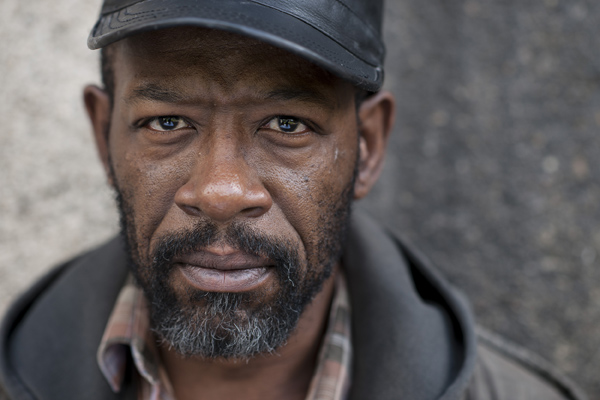 Lennie James is an English actor, screenwriter, and playwright. He has an impressive resume with films including Get on Up, Colombiana, and of course, AMC’s hit TV show, The Walking Dead as Morgan Jones. Now Lennie can be seen in the new film Blade Runner 2049.

“Thirty years after the events of the first film, a new blade runner, LAPD Officer K (Ryan Gosling), unearths a long-buried secret that has the potential to plunge what’s left of society into chaos. K’s discovery leads him on a quest to find Rick Deckard (Harrison Ford), a former LAPD blade runner who has been missing for 30 years.”

I was able to have a quick chat with Lennie about his upcoming role and the film. It was great right out the gate. I told him I was with BGN and his response was the best.

Lennie: Yeah, my daughters are big fans of your podcast. They’re constantly picking you up and telling me I have to listen, I have to listen. When I get some down time, I promise I will be tuning in and catching up.

Cat Combs (CC): Fantastic. Well thank you, and to your daughters for being a fan. In Blade Runner 2049, tell us a little about your character.

Lennie: Well as much as I can tell you, I play a man who once upon a time was a teacher, but is not anymore. He has become, in this post-apocalyptic dystopian world, he’s both been affected by his environment and he’s infecting his environment. He’s a man of dubious morals who is making a living, and living a life, that isn’t necessarily righteous.

CC: Okay then. How does it feel to be a part of the Blade Runner universe?

Lennie: It’s exciting. The first Blade Runner is up there with one of my favorite films of all times. I remember really clearly being in the cinema in London watching the first Blade Runner and almost immediately, I think I went back. That was the first time I’d ever done that. I think the only other time I did that was when Blade came out. Where I saw it one night and I went back and saw it the next night, and then went back and saw it the next night. I was so taken by the visuals, and so taken by the story, and so taken by the performances, and so taken by the whole world of it, that when I heard they were making another Blade Runner film, as a fan, I had slight reservations about whether or not that was absolutely necessary. But then I got a chance to read the script and I got a chance to talk to Denis and any fears or reservations I had were very much put to the side and this became a project I was very excited to be a part of.

CC: Great. You mention director Denis [Villeneuve]. What was it like working with him and your costar Ryan Gosling?

Lennie: It’s great because Ryan is a very open and generous actor. I mean genuinely. He’s one of those guys who’s as keen to get the scene right as he is to get his own performance right. He wants the whole. Take the responsibility for the whole, which is always a lovely working environment. And Denis is a very collaborative director, regardless of how big this project is, and it was. You were always aware of the scale of his project while we were filming it. Denis would, whatever good graphics were going to be, whatever the green screen, whatever the world, whatever the visuals of it, Denis was as interested and as passionate about the performances and took a real responsibility for that. But was also incredibly collaborative. He wanted your ideas. He wanted your thoughts about your character. He wasn’t dictating anything, he was interested in what you brought to the tables. So, it was intense and it was rapid, but it was lovely. It was an ideal working relationship and something that I would very much like to repeat in the future. 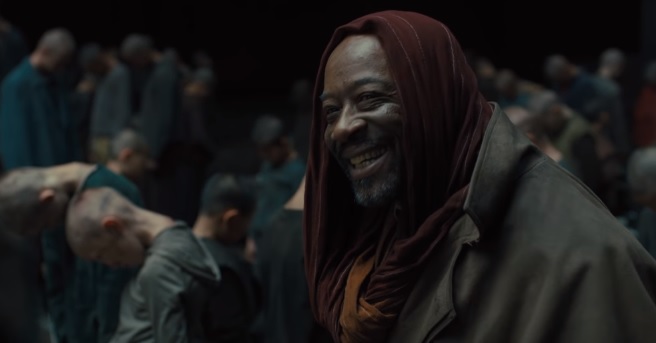 CC: Wow, that’s amazing. You know, I recently watched an interview with you on The Talking Dead and the secrecy around your character Morgan, I think it was around Season 4. For this film, I know that everyone made sure that we as press were very discreet about the film. What was it like for you?

Lennie: I’ll tell you what it was like. When I was offered the film, it was before I’d seen a script or before anything. So, they sent me a script to read and it was electronic. They sent it electronically. They emailed it to me. I could only download it on one device and I had exactly 18 hours to read it, and after that 18 hours it vanished from my iPad. That’s how secretive this whole project was. I mean, I’m on one of the most secretive shows in the world, in The Walking Dead, but Blade Runner [2049], to a certain extent, took it to another level. When I had a working script, when I was shooting, I had the script from the time that I was shooting and then my filming days finished, and by the time I got on the plane to fly back to Atlanta to continue filming The Walking Dead, that script vanished as well. So, they were incredibly protective of this story.

CC: That’s intense. Overall, what do people have to look forward to in Blade Runner 2049 and what impact do you think this film will have for this generation?

Lennie: In all honesty, I don’t know and I can’t say because I haven’t seen it. I will be watching this evening as a fan. I have done my best to try and avoid watching the trailers. I have not read any reviews of the films. I have not listened to any review of the film. I run screaming from the room if someone starts talking about it. I bin texts if friends are sending me things saying anything about the film. I’ve worked really hard to walk into the cinema this evening as a fan and in complete ignorance of what’s going to happen. I’m looking forward to it along with the fans really. I don’t know what people might take from it, but I’ll be able to tell you tomorrow.

CC: Well having seen it. I think it’s a great movie and you’re great in it.

CC: I have one last question. My dad will never let me live it down if I don’t ask so, you know, The Walking Dead, Morgan, etc. Did you already know how to use the staff or did you have to go through some sort of training?

Lennie: I trained for it. When I first came back into the show in the finale of Season 5, the episode starts with me having to fight with these characters called The Wolves. That’s the first time you see Morgan swing the stick. So, I trained for that particular fight and then when I came back in season 6, I had made a deal with Scott and with Monty Simons—our Stunt Coordinator—which was that I didn’t want Morgan to be any better than me, Lennie, could possibly be. So, I didn’t want any stunt doubles or fight doubles stepping in for me and making me look any better than I actually am, or making Morgan look any better than he actually is. So, all the time when the stick is being swung, it’s me, and I practice regularly. When I’m back in LA I train with my kind of teacher who is a guy called Steven Ho, who was the original Donatello in the Teenage Mutant Ninja Turtles. He trains me with the stick and I practice maybe once or twice a week just to keep up to speed, and depending on how much is needed for the show. So, it’s all me.

Lennie: Well one of the things I enjoy most about my job is learning new skills. Learning things I would never have learned if it wasn’t for the need of a character that I’m playing, and I’ve really enjoyed learning the Bo-Staff and some of the principles of Aikido. And I won’t say in any way, shape, or form that I can claim myself to be an expert, but I can look as if I know what I’m doing.

CC: Well, it definitely does look like you know what you’re doing.

CC: Thank you. It was a pleasure talking with you.

Lennie: And with you.