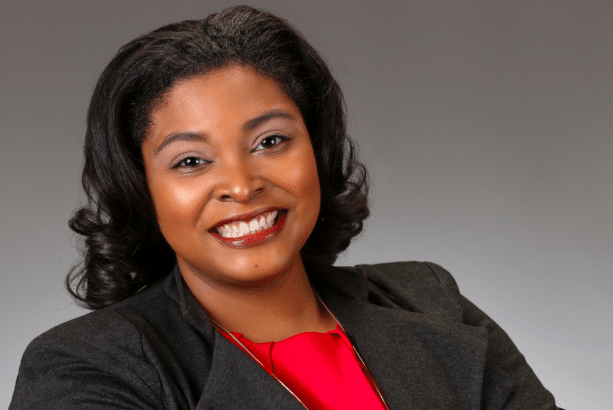 The eight-part miniseries Jesus: His Life, premiered March 25th on the History Channel.

The greatest story ever told — the life of Jesus Christ — continues this week in episode 5 about the story of Judas, and his ultimate betrayal. His name, a synonym for traitor even to this day, Judas is known as the devoted disciple who makes the fatal mistake of turning against Jesus. What prompted one of Jesus’ closest friends to turn on him remains one of the Bible’s great mysteries, one explored as Jesus and His disciples enter Jerusalem for Passover and what will become the Last Supper. As we prepare for Easter in 2 weeks, this compelling narrative featuring commentary from historians, pastors, and biblical scholars adds context to the series of events that occurred during Jesus’ life.

Rev Dr. Shively Smith is a woman of many trades, she’s a scholar, teacher, preacher, and writer. She works as an Assistant Professor of New Testament at Boston University School of Theology. A sought-after public teacher, speaker, and preacher and itinerant elder in the African Methodist Episcopal Church where she serves as a resident scholar at the historic, Metropolitan AME Church in Washington DC. She chatted with BGN about her connection to the series, the depiction of Blackness in the biblical text, bible technology, and the much debated racial identity of Jesus Christ Himself.

Can you tell us how you got involved with this project?

There has been a great deal of debate over the years about Jesus’ racial identity, why do you think that is?

I think the story of Jesus is so central to Western history and even its conceptual imagination that thinking about the image of the embodied Jesus is a somewhat natural move. It is especially enticing in some regards because of the way in which those details of Jesus’ physical state are absent in the Gospel records. In this way, the Gospel narratives are not functioning as our modern versions of history.

We don’t get the details about a person’s physique that we are accustomed to in modern biographies in the Gospels about Jesus. Which created a space for later generations of interpreters to fill in those details by creating a Jesus that they can imagine and sometimes those images are not historically plausible given what the Gospels do give us are regional affiliations and locations. We can look at the general features of the regions that Jesus originated and lived in to get a general sense of Jesus’ embodied and ethnicity as a Galilean (northern ancient Palestine). 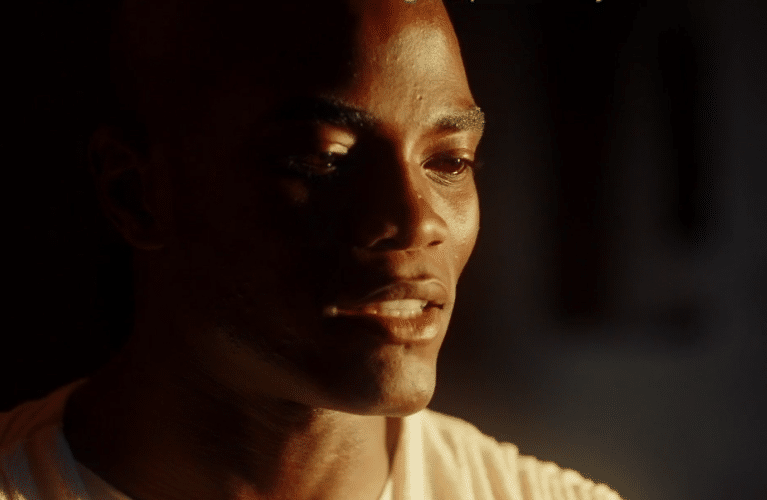 In Mary’s story, I loved that this documentary shows the angel Gabriel as a Black man, honestly, I’ve never seen angels depicted by African-Americans in biblical stories — why do you think this detail is relevant?

I agree! I was so excited by the image of an African-American male as the image of the archangel Gabriel. In our contemporary American context, in which the bodies of Black males can be easy targets for profiling and violence, I think it was a healthy shock to be forced to imagine these are the bodies of God’s divine messengers. I think it is also important because it created an opportunity for us to think about how we have been socialized toward what we can and cannot imagine as participants in the story of Jesus and God’s workings in the world. And to recognize that these opportunities and challenges are the products of modern and contemporary constructions, not necessarily within the Gospel accounts themselves.

There is nothing in the gospel accounts that makes the idea of Gabriel being a Black man far-fetched. It is us — living on this side of the historical record — that made that an impossibility, which is why it was jarring, I’m sure, to some and eye-opening to others. To realize we can (and I would argue should) imagine God’s messengers and people embodying the full range of human ethnic diversity to entertain the possibility we need to reread these biblical stories again with a refreshed imagination that is intentional about imagining the bodies of others we had not considered as present and active in these stories.

Jesus’ life is the most documented account of someone’s life from books to movies to documentaries like this. What makes this particular series more compelling and informative for viewers?

I think this series is so compelling because of the diversity that is present within it. You have an amazing cast of people, both as actors and commentators, present throughout the series. I mean the commentators alone, are a showstopper for me because it is the first time we have a Jesus documentary with so much diversity ideologically, theologically, and even in terms of ethnicity among the scholars and faith-leaders commenting on the story. It’s not that commentators all agree about the details, it is that the documentary demonstrates the way in which the Jesus story is present and engaged intentionally in a variety of contexts and people and that there can be a civil give-and-take exchange about those contested details.

You get to see people of color and women who are scholars and faith leaders just like the others. I think this documentary has the potential to shift the optics about who are the thought leaders of biblical studies, Christian history, and theology and I am humbled to be one of those contributors. I imagine how earthshaking it could have been for me as a young African-American female in high school reading the bible to turn on the TV and see an African-American woman biblical scholar talking about the gospel stories that matter to me. I can imagine that would have set me on this course a bit earlier if I would have had that visual.

The internet has provided so much access to the Word of God, you can watch a sermon online, do bible studies, and download the bible on your smartphone. Do you think technology is helping us build a closer bridge to understanding Christ or do you think it can distract and deflect?

I think technology both helps and impedes our careful and informed study of the bible. I think it is helpful in that the bible and information about it is always available and easy to access. But, therein, is the problem. I think the easy access to information means that we are not always as careful and judicious in what information we take in, process, and listen to. We don’t necessarily weigh the evidence presented to us online in the way we should, nor do we nuance the complexity of the ancient world. This is why I think this documentary is important — because it presents people with some credible, informed, scholarly voices they can begin to turn to get their bearing in this very populated sea of biblical information on the internet.

I also think there is a danger with technological access if we use it to avoid communal conversation and engagement with the biblical stories. Take the Gospels for instance. They were written, not to be read individually, but to be heard by people in the community with each other so that same community could engage the stories as they heard them, not read them. It was assumed that the Gospel stories would be experienced in community and wrestled with in a community. So I think easy, technological access can create a pattern of us engaging the bible that is actually out of touch with the experience those writings were written to cultivate — communal faith reading and contemplation and relationship building, not individual and isolated.