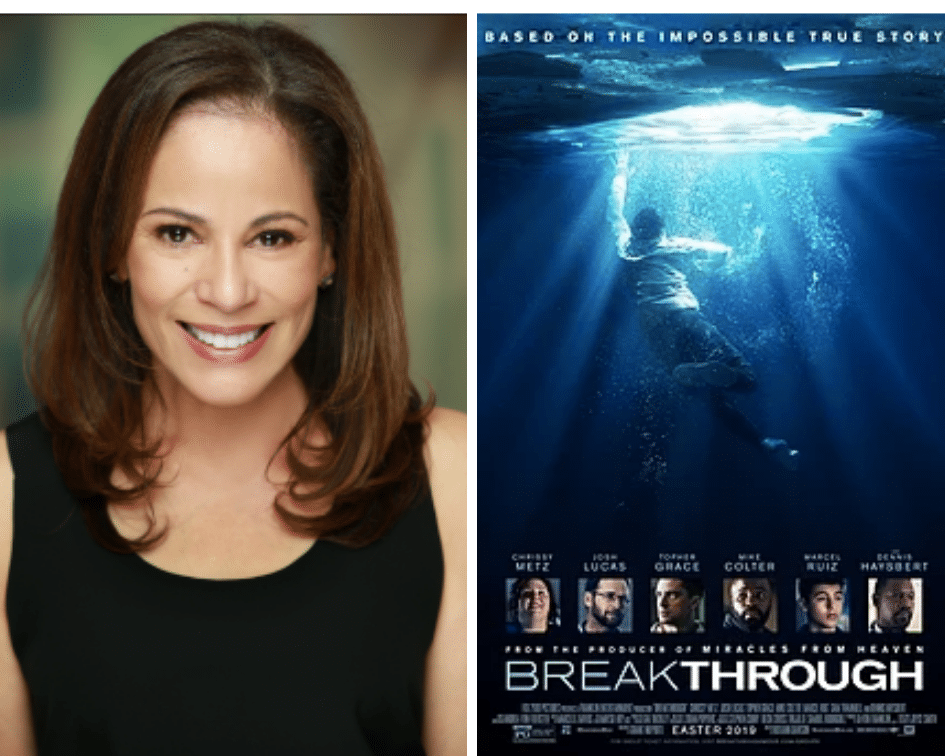 “Without the ability to discuss, debate and use the minds and instincts that God gave us, how can we connect with each other? That’s why one of the most important aspects of this film is community.”

20th Century Fox’s Breakthrough is an inspirational true story of a mother’s unyielding faith in the face of what could have been one of the biggest tragedies of her and her son’s lives.

When her adopted son John Smith (Marcel Ruiz) falls through the ice of a frozen lake, Joyce Smith (Chrissy Metz) turns to her faith in God for what science and medicine would label as the impossible. She looks for a miracle and, as a result of her faith, her son, who was lifeless for 15 minutes, is restored to life and health in a way that no one had never seen before. The themes within this faith-based film highlight the power of prayer and unyielding faith in the face of insurmountable adversity.

BGN recently had the opportunity to speak with the actor-turned-director Roxann Dawson, who directed Breakthrough. Dawson made it clear that it was her ultimate goal to remain true to the authentic story of the real-life Smith family. One thing is for sure: John Smith did in fact experience a medical miracle, and his story is nothing short of inspirational. 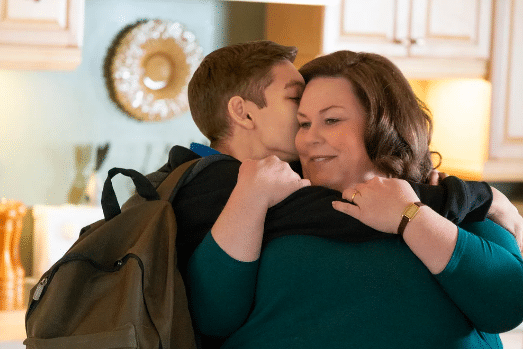 Breakthrough truly exemplifies what it means to not just have faith but to exercise it. Did you visit any churches in preparing to direct this film?

I went to Pastor John Noble’s church and watched him preach there. Going to his church gave me a lot to go on, because that church and the family’s real experience was exactly what we were trying to reproduce.

Before filming, did you interview people who have experienced miracles?

I actually think that there are miracles around us all the time. It’s a matter of opening your eyes. I think that miracles also come to people in different ways. The people that I interviewed were the first responders, the doctors, and, of course, Brian, John, and Joyce. I think that my research was very specific to this miracle and making sure that it was as true as possible. I was telling his [John’s] story, and I wanted to make sure that I did it without any embellishments and without anything extra. I think the story just speaks for itself.

Chrissy Metz was amazing as Joyce Smith. Outside of the context of the casting process, what about her let you know that she was the right one for the role?

She came to us in an interesting way: [production company] Fox 2000 basically said either you get Chrissy to do this role or you don’t have a movie. When I had lunch with her to convince her to do this, I think she even had doubts at that point. We talked a lot. She had her concerns about dipping a toe into such emotional depth. The thing about Chrissy is that she cares. She wanted to do it right, and she wanted to make sure she was the right person. But I knew the minute that I sat down with her and we started talking that she was the perfect fit as Joyce, just from certain things that she discussed happened in her life. From that moment on, I knew that there wasn’t anybody on this earth that could do it like she did it.

As a director, was it important for you to have practicing Christians portray the real-life Christian people within the film?

No. I wanted actors that, even if they weren’t believers, felt that they could portray this, or that this type of character gave them a reason to research and to examine a part of themselves. I did feel that with every single actor we hired, they were on a personal mission with this script, and their reason for involvement with the film led to personal introspection. Hiring the best actor for the job, despite their belief, could only do good, and it can only help reach more people. 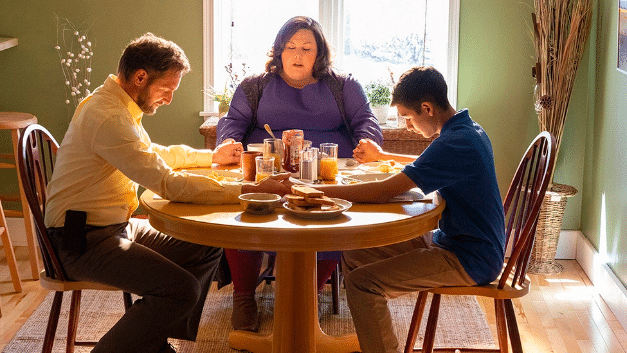 Was there prayer on set before or after filming?

Yes, there was. DeVon Franklin is an amazing producer and minister as well. He let us say and do prayers before we began shooting on the sets that we were working on. When we had typically tough challenges ahead of us, he would lead us through prayer that everyone participated in. But more importantly, it was not formulaic prayer; rather, there was a constant praying on set all the time in our own different ways too. Times that we were facing challenges and all I had to do was to just take a deep breath, look at [DeVon], breathe, and that connection was a sort of prayer.  I think that it comes out in the film.

It was very different. It was like night and day, which is unfortunate because I don’t see why it has become so difficult in our society today to discuss prayer, faith, and religion. It is something that is a part of all of us. We’ve all made choices as to where we are on the belief spectrum, and they are all the right choices for us in this moment. Without the ability to discuss, debate, and use the minds and instincts that God gave us, how can we connect with each other? That’s why one of the most important aspects of this film is community. What we felt when we did the group prayers was a real sense of community. I hope that that comes through in the film. It’s regrettable that it has become so difficult, especially in Hollywood, to even mention the words “faith” or “prayer.” I’m hoping this can open a conversation and change that.

What was it like interviewing the real Smith family, and what is life like currently for them?

They are doing great. They are amazing people and inspiring to be with and talk to. They’re going to be at a premiere coming up. John has become quite an amazing young man. Keep looking for him, because he’s going to do some great things in the world.