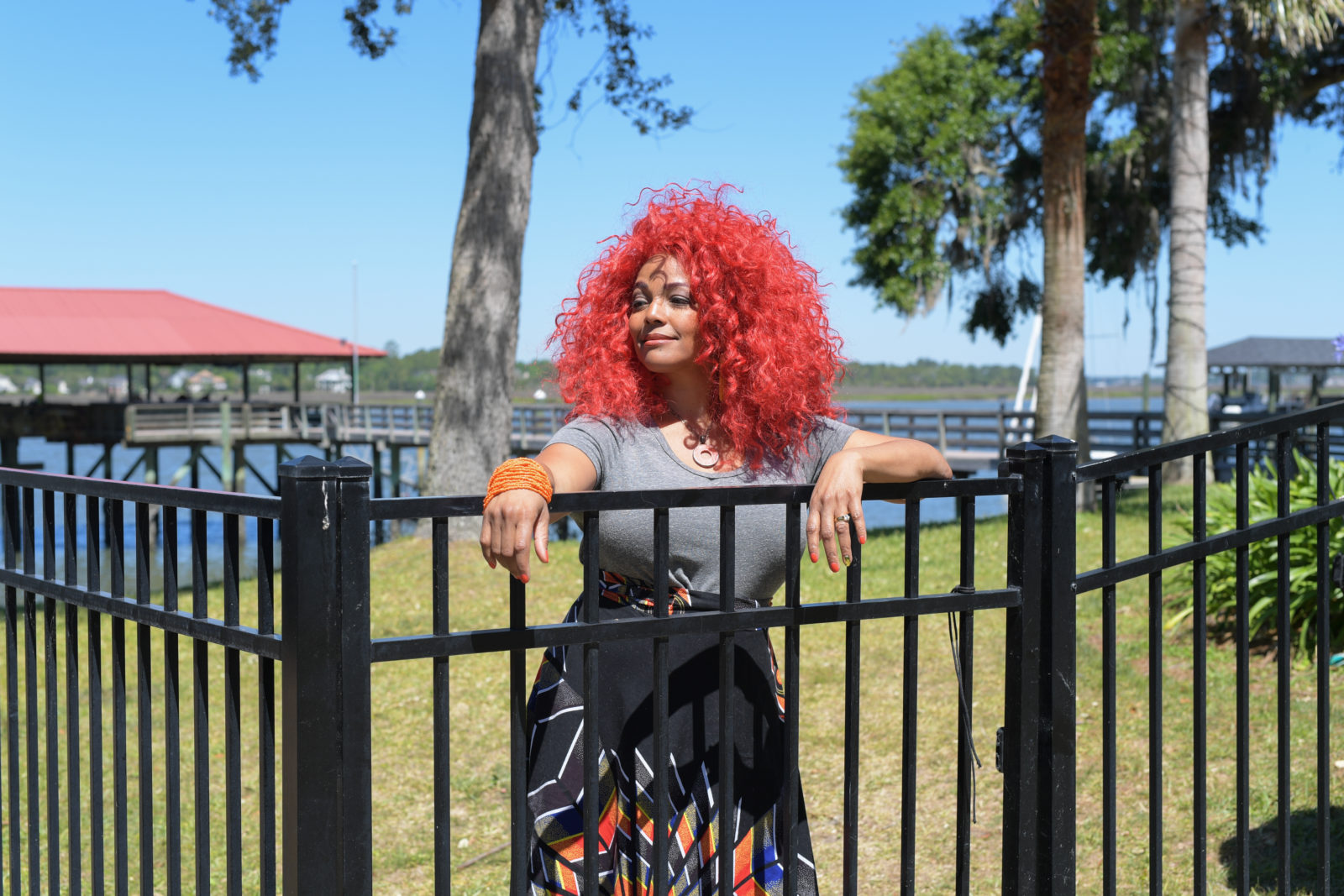 To some, she will always be Tootie from The Facts of Life.

To others, gossip-spreading Regina on Living Single, but Kim Fields isn’t either of them. In other words, don’t put the actress in a box. She just finished a six-episode season on the UK comedy series, Living the Dream, set to stream this spring on Britbox. We talk about that and a lot more.

What drew you to this series?

Omgoodness, this character and first; the fact that I could say that I am starring in a British comedy. That’s one of my dreams. To be able to say that in my head and mean it.

Then, the character was just so full of life and so much fun. I loved the juxtaposition of that couple from the UK and Casper (Michael Anthony Brown) and Rhoda (Fields). These two couples and what their worlds are like. How they intercept.

Tell me about your character, are you still just getting used to what you did?

To a certain extent. She’s very well written. I think the writers do such a phenomenal job with the series and give just such great meat to the character. I tend to say that my character is sort of a self-appointed ambassador to the U.S. for her international neighbors. And she loves the idea that she’s got international neighbors now.

She’s a big personality. A big lover of life. She plays the saxophone and enjoys the spa and things. I just felt that she was drama-free by choice. It’s not that she doesn’t have [drama]. Whenever she has to deal with things. I think she opps for, ‘I will deal with it but it’s going to be in a drama-free kind of environment.’

You’ve done three television shows, gone to college, directed, recorded a CD. Is it a case of always wanting more or did you always love what you did first?

No, I love the industry. It’s such a creative environment — I call it a playground. And I love to be able to play with different pieces of equipment or to participate in different activities. That’s always fun to me and so, not being placed in a box is what keeps me going 45-plus years later.

Unlike some, you seemingly have never been afraid to take a step back. Do you always feel that you can do that?

The thing about that is that I am not so comfortable with that but I understand the business of show business and I understand the ebb and flow. Just because you don’t see me out there doesn’t mean that I am not working or that things are slow. It’s that I’m moving fast in a different area. Sometimes that area is not in front of the public or on camera or on the stage. If I’d looked through it, through the other lens of ‘Oh, this is a slower time,’ y’all might be reading BAD things about me.

That’s too hard. That’s almost like muck and mire that you have to get yourself motivated to climb up out of. No thanks!

What has been most helpful to you to keep going?

My village; my family and my friends who help to encourage me, who help to sustain me, whose shoulders I stand on. Sometimes on a regular basis, they lift me up and I’d like to think it’s an even and fair exchange of all of that. They do keep me grounded and then, very, very inspired.

Then my colleagues, my peers, I don’t look at others’ successes, milestones and things like that and get jealous. Moreso, it inspires me to keep going. The fact that there are things that I have not done. There are still characters that I still would love to play. There are still different genres that I would love to go into. All those things keep the wheels on the track and in forward motion.

I would be remiss if I didn’t say something, as cliché as it may sound but my children — we have an 11-year-old (Sebastian) and a five-year-old (Quincy). For them to see somebody keep working hard, reviewing, re-discovering who they are and who they can be, hopefully, ignites and keeps it going for them as well.

When you look around at the child stars that have struggled or didn’t make it,  what are your thoughts?

I understand. The struggle is real. I don’t care who you are and what you do. Then you add certain layers to that struggle to intensify it; working as a child and having people embrace you. Then you are no longer cute. How they can flip the script if you are no longer viable in that moment.  It’s like children have to develop such a thick skin already and especially in the climate that we are in now. Then, when you add to that working, not working and bullying. A seventh grader in a hallway, let alone, millions of people got something to say.

So I am very grateful again, to my village and for the wisdom I’ve gotten over the years. That having needs doesn’t make me weak and depending on my village doesn’t mean I am weak. As a person of faith, when I am weak, that is when he is the strongest.

But that is all really heavy.  Sometimes it’s like, ‘Screw all of this, I’m out.’ Unfortunately, even recently, I’ve had peers, colleagues, and friends who, that’s part of their testimony and their journey.

Any chance of a Living Single reunion or reboot?

Well, never say never. I feel right now that all of us, including Yvette (Yvette Lee Bowser), our wonderful creator, is blessed to be working on other things and everyone’s career is thriving, still, all these years later. So scheduling and logistics are a huge factor but aside from that the whole idea of rebooting, people have to be careful with that, I think because to have hit anything has a bit of lightning-in-a-bottle-element.

Whether it’s a hit show, a hit movie, song, hit project at your company, whatever it may be, you can’t just run around and ‘Oh, let’s do that again.’ Especially decades later when people’s sensibilities have changed and the climate has changed.

There are certain shows and certain characters that really resonate with people at their core and they want that back! They want that feeling back and especially now with so much madness in the world.

You want to make sure you recognize and have the reference for that lightning that was captured. The process of capturing lightning in a bottle — it’s not just a case of let’s build a barn and put on a show. You can’t just go, ‘Where are these characters now?’ If you don’t get that right, your fans will turn on you in a heartbeat because these are characters that they love, that they resonate with, that they recognize.

I’m not saying that would happen or happens, in this current reboot climate, I’m saying for me, those are some of the other things that come into play. And TC said that when we were celebrating Living Single 25th anniversary of the premiere. Of course, the reboot narrative came up.

Living the Dream streams on Britbox in May 2019.

Interviewing the Cast of ‘The Upshaws’: They’re Just Like Our Family